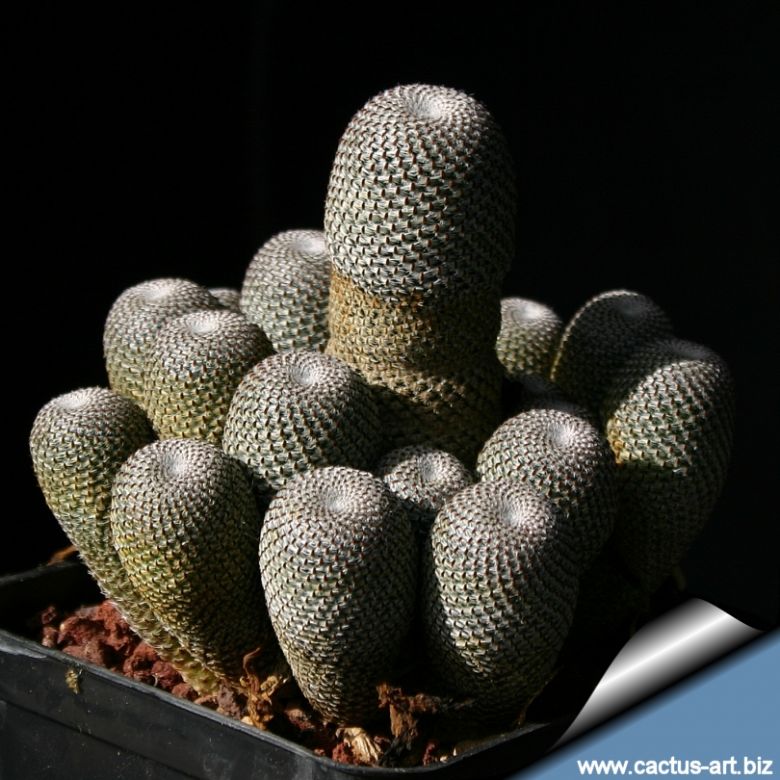 Rebutia heliosa
KK844 Jucanas, Tarija, 3000 m Bolivia. This is a very distinctive plant even without flowers. The “sunny” Rebutia is particularly attractive, thanks to its tiny silver-white pectinate spines and brown areoles, a gem!!!

Origin and Habitat: Bolivia (Near Tarija (Jucanas) on the road to Narvaez)
Habitat: It grows in mountainous areas at an altitude around 2500 m 3000 m over sea level

Description: Rebutia heliosa (Aylostera heliosa) is a small cactus with heads densely covered covered in brown areoles with white short pectinate spines, giving it a silvery appearance. This odd cactus is unmistakable and very distinctive. It is considered by many one of the nicest species.
Habit:It is essentially a miniature plant simple at first, that readily forms a clustering mound of tiny heads.
Stem: Heads compressed spherical to shortly cylindrical 2,5 cm wide, rarely higher than 3 cm or more.
Areoles: Small, brown and narrow, elongated 1-2 mm long, less than 0,5 mm broad, forming 35-40 spirals.
Spines: 24-26 all radials, short, about 1 mm long, distinctively silvery-white, dense, spreading laterally and pectinate, covering almost completely the small stems in a spiral pattern.
Roots: Fleshy tap root.
Flower: Large, funnel-shaped, long-necked, 4 cm in diameter, 4,5-5,5 cm long, orange-red. Tube up to 3 cm long 2-3 mm across, solid for more than half its length, deep rose to orange pink. Tepals orange with lilac mid-stripe.
Phenology: It flowers profusely in spring. (Rebutias are self-fertilizing but aylosteras are not, and the latter can be fooled by introducing foreign pollen and then re-pollinating with its own pollen.)
Fruit: 4 mm in diameter, deep crimson to purple.
Seeds: Hemispheric to helmet-shaped. black, papillate. 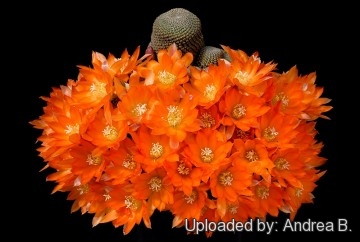 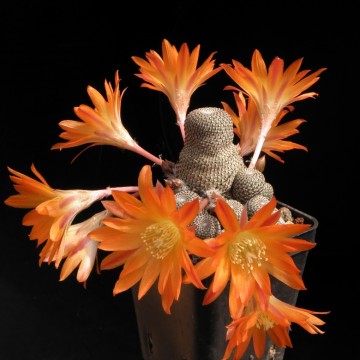 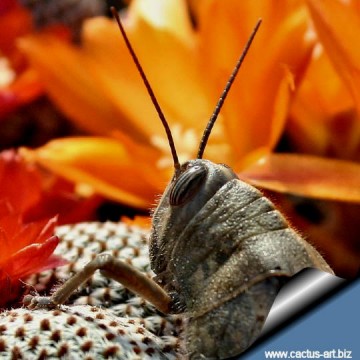 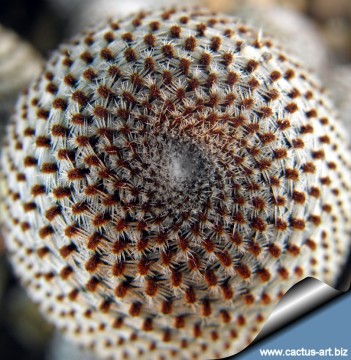 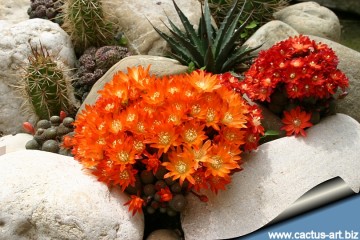 Grown outdoor in the rock garden all year round without any protection against rain and snow. (Rebutia heliosa) Photo by: Cactus Art 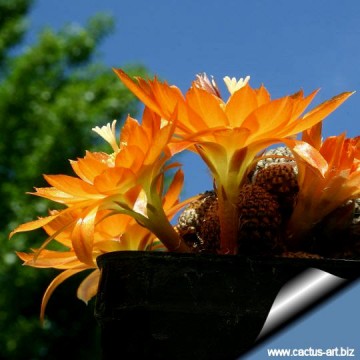 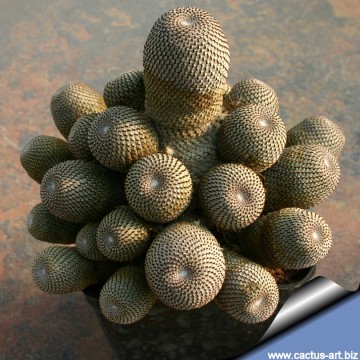 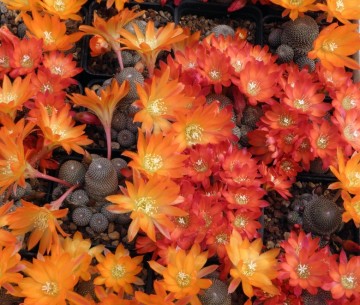 This is one of the most floriferous cactus. (Rebutia heliosa) Photo by: Valentino Vallicelli

by Cactus Art
There are a total of 17 Photos.
Click here to view them all!
Cite this page: "Aylostera heliosa" Text available under a CC-BY-SA Creative Commons Attribution License. www.llifle.com 14 Nov. 2005. 08 Feb 2023. </Encyclopedia/CACTI/Family/Cactaceae/5205/Aylostera_heliosa>