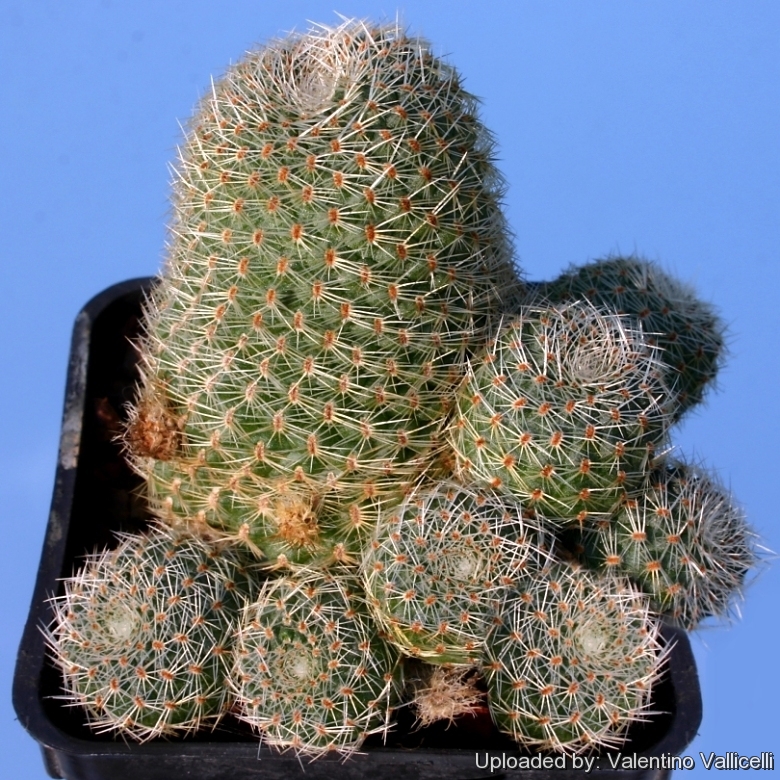 Rebutia heliosa subs. cajasensis (Rebutia heliosa var. cajasensis) Photo by: Valentino Vallicelli
This is a very distinctive plant even without flowers. It is particularly attractive, thanks to its tiny silver-white pectinate spines and brown areoles. 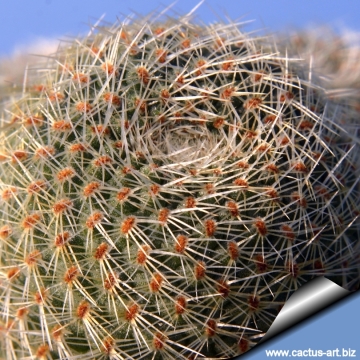 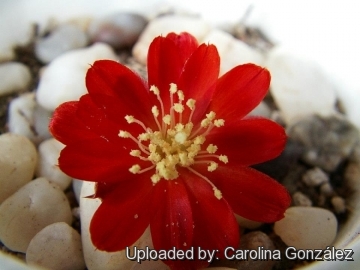 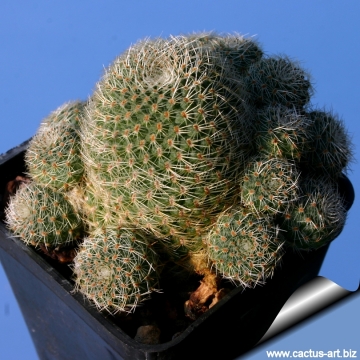 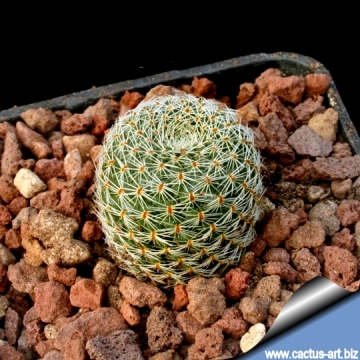 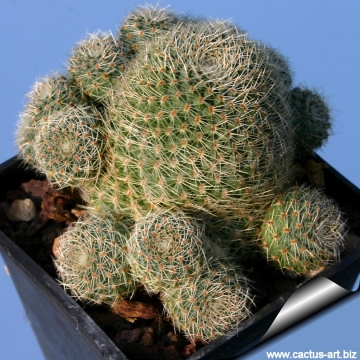