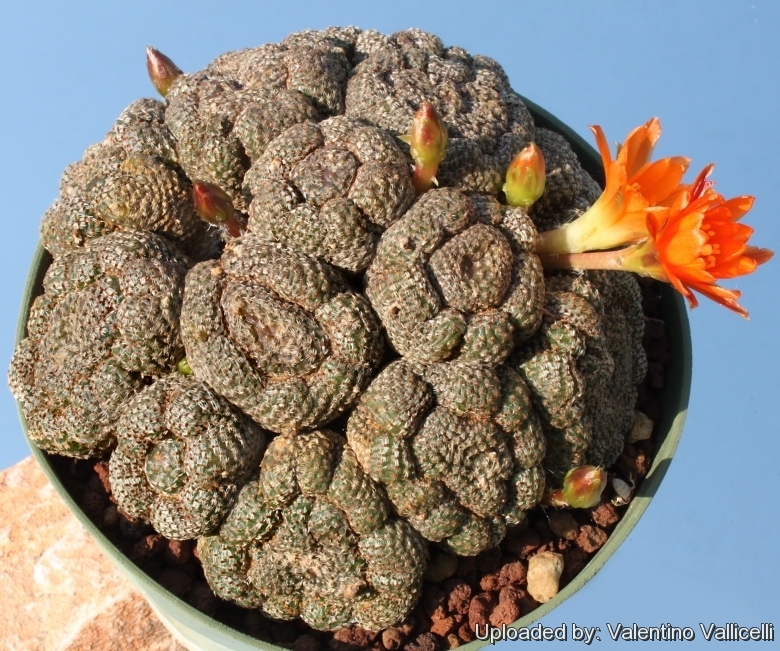 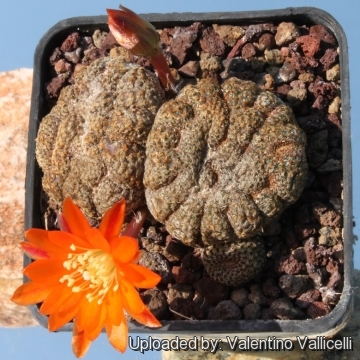 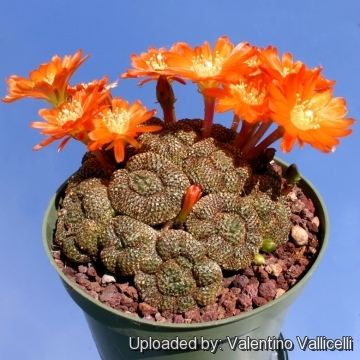 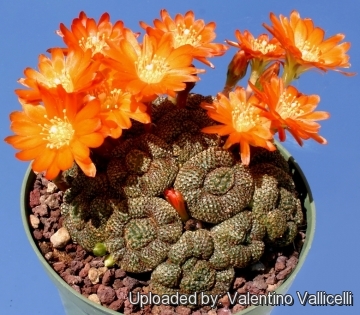 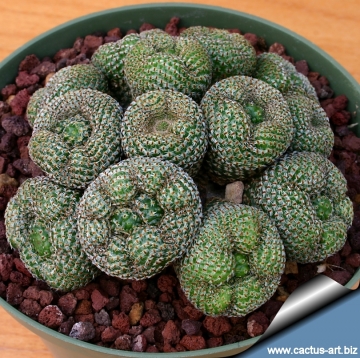 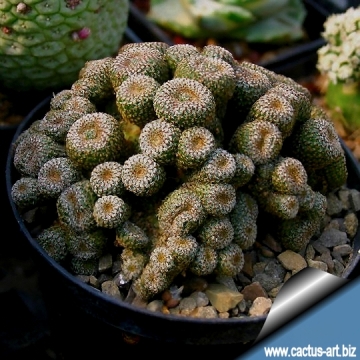 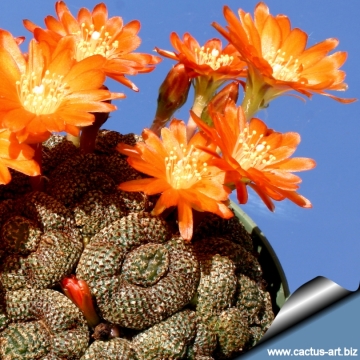 Cultivation and Propagation: These plants come from mountainous areas, so like bright light, cool and dry conditions in the winter; this is important for the flowers as well as for their health. Without this cool winter period (0-10° C) they normally won't get many buds. They have a thick taproot and are of difficult cultivation and rot prone because of a great sensitivity to the excess of watering, not easy to get to any large size on their own roots really a challenge to grow into a large clump. They are commonly grafted to avoid root problems and to make easier to grow. It is very cold resistant as low as to -5° C or less for short periods of time. It is a fine plant for a rock garden or container, contrasts well with agaves, yuccas, and low-growing flowering plants.
Sun Exposure: Suited for sunny-brightly exposure; can tolerate light shade.
Cultural Practices: Suited for airy exposures. Needs deep pot and good drainage to accommodate its tap root.
Pests & diseases: It is especially prone to root rot, therefore, underpot in a smaller container filled with very porous compost.
Propagation: Usually grafted but the offsets can be used as cuttings which will take root in a minimum temperature of 20° C. Cuttings of healthy shoots can be taken in the spring and summer. Cut the stem with a sharp, sterile knife, leave the cutting in a warm, dry place for a week or weeks (depending on how thick the cutting is) until a callus forms over the wound. Once the callus forms, the cutting may be inserted in a container filled with firmed cactus potting mix topped with a surface layer of coarse grit. They should be placed in the coarse grit only; this prevents the cut end from becoming too wet and allows the roots to penetrate the rich compost underneath. The cuttings should root in 2 to 6 weeks. They grow slowly.