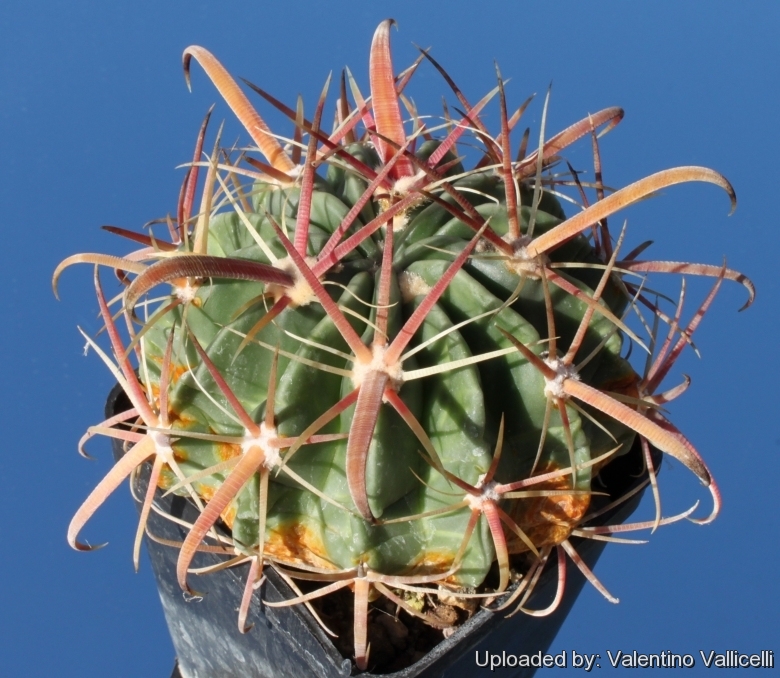 Origin and Habitat: Ferocactus latispinus var. greenwoodii it is only found between Oaxaca city and Tehuantepec in the valleys of Totolapan and Nejapa.
Habitat: It is common in dryer areas and grassland. It may also occur on rocky hillsides.

Description: Ball-shaped or flat-topped barrel cactus.
Stem: Flattened to spherical (in cultivation), diameter up to 16 cm, 10 cm tall.
Ribs: ± 13, sharp areoles, large with grey to blackish felt.
Radial spines: 4-5, translucent, cream-yellow up to 2,5 cm long, straight spreading out the central spines, they have almost no width at all.
Central spines: 1, thick apically bent downward, amber-coloured to grey-red (bright red when very young), up to 4cm long.
Flowers: Beautiful “glassy” straw-yellow, up to 6 cm long and 3 cm broad.
Blooming time: Late autumn to early winter but usually only if the weather is warm and sunny ( need a fair amount of bright sunlight to form) This species blooms very early, many young plants will bloom when they reach 10 cm in diameter. 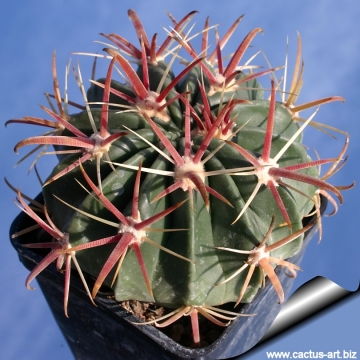 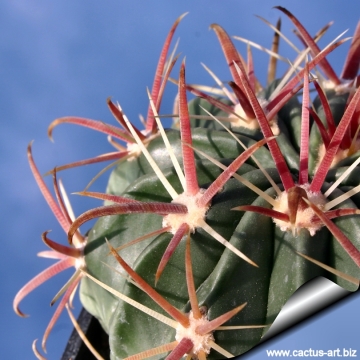 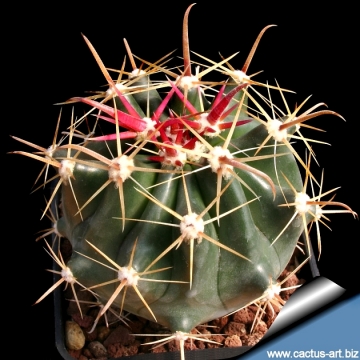 Cultivation and Propagation: Slow growing to start but does well under cultivation. Use very draining soil, water during the aestival growth cycle (this plant need plenty of water) But needs to be avoided wetting the bodies of these plants while they are in sunlight. A wet cactus in the sun light can cause sun burning which can lead to scars or even fungal infections and death.
Needs full sun. Keep dry at 10°C in winter, but can tolerate sporadic light frost.
Propagation: Seeds are the only way of reproducing.
Uses: The "Candy cactus" is used to make sweets. The middle is cored out and soaked in sugar, then chopped up and eaten.
Warning: The spines that hook around can graph you if you get too close.