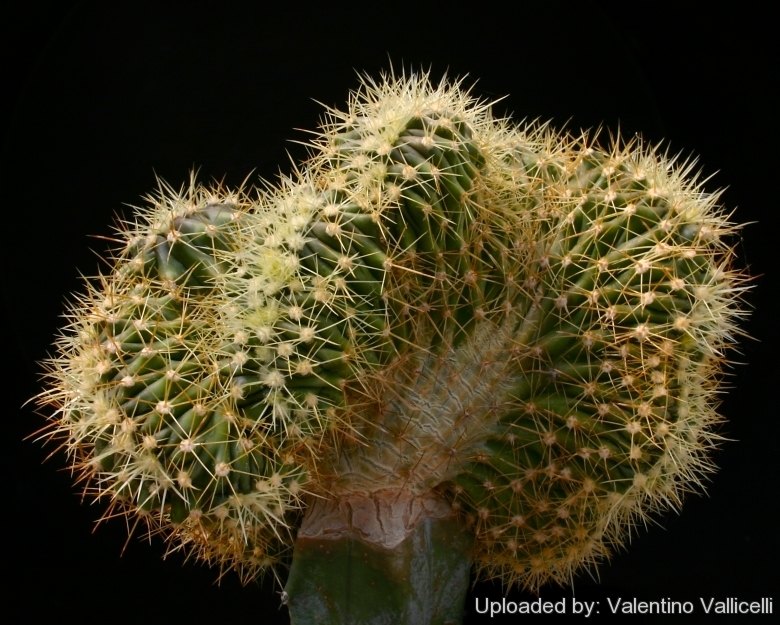 Description: Ferocactus latispinus var. flavispinus f. cristatus is a nice crested form of the yellow spined variety of Ferocactus latispinus.
Habit: The standard Ferocactus latispinus var. flavispinusis a modest-sized ball-shaped or flat-topped barrel cactus, which normally remains a solitary plant, without dividing or producing offsets.
Crested stem: Fan-shaped, spreadiing up to 45 (or more) cm. The crests are of variable width depending on growing conditions, grafted plant tend to have thinner crest with juvenile traits and spines, while plant grown on their own roots tend, with time, to enlarge producing beautiful specimens with broader stems armoured with stronger mature yellow hooked spines.
Ribs: Sharp and prominent.
Areoles: Large, grey to blackish.
Central spines: 4 large, large, of which the lowest one is conspicuously wider, thick and flat, apically bent downward and hooked up to 4 cm long and lie flat against the body. This prominent spine is yellow coloured. The other central spines are still stout, but much narrower and not curved. Younger specimens have only thinner and shorter needle-like spines, never flattened or hooked.
Radial spines: 6-12 up to 2,5 cm long, spreading out, smaller, translucent yellow straight that have almost no width at all.
Flowers: Beautiful “glassy” straw-yellow (or pink-purple), up to 6 cm long and 3 cm broad.
Blooming time: Late autumn to early winter, usually in October 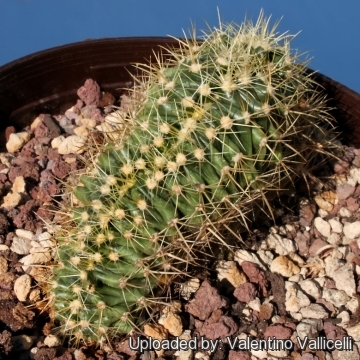 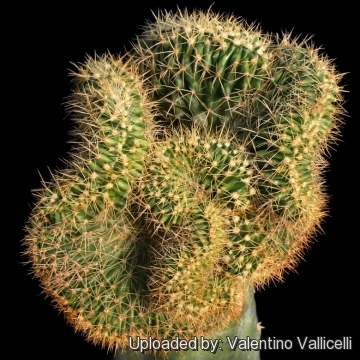