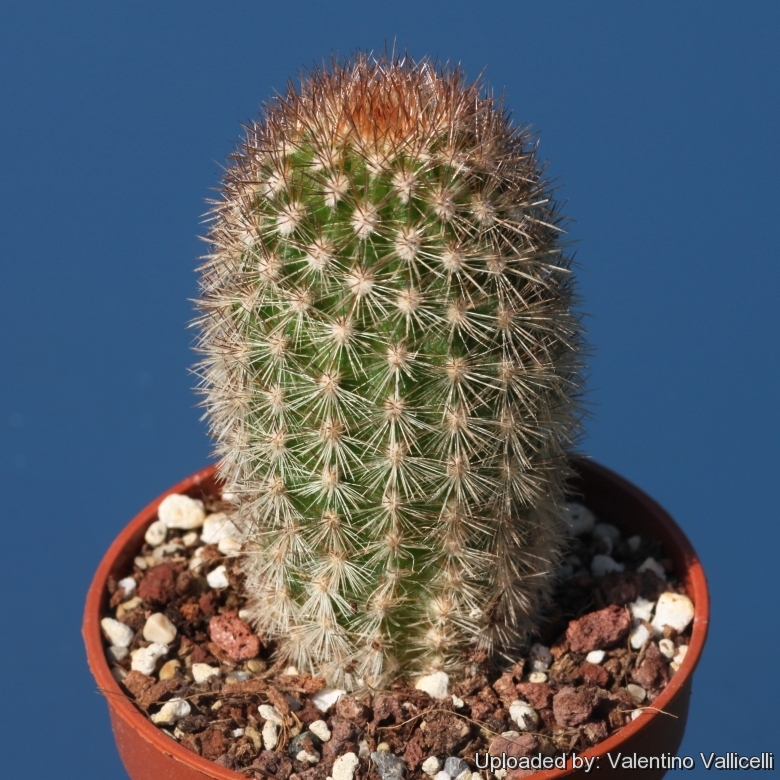 Origin and Habitat: Mountains of South Peru (Arequipa) and adjacent areas in north Chile
Altitude range: Around 1,500 to 3,000 metres above sea level.
Habitat and ecology: The species grows in Andean shrubland on rocky and sandy soils where is grows in isolated patches and is locally abundant. Weberbaaeroccreus weberbaueri and Tephrocactus sphaericus are also found here.

Description: Oreocereus rettigii (Quehl) Buxb. (firstly described as Echinocactus rettigii Quehl by Quehl in 1919) is a local or morphological form of the widespread and variable Oreocereus hempelianus. It is covered with many coloured spines and has tubular red flowers with oblique edges and spiny bases. The plants grow in isolated patches with hairy branches about 30 cm high. Old reclining stems at times attain a length of a meter. Flowers and mature fruits are often found together. The plant is quite variable but probably consists of a single species with many forms and its characteristics appear to fall within the natural variation of Oreocereus hempelianus, so it should be synonymized with the latter. The several varieties that have been described are forms of the same species.