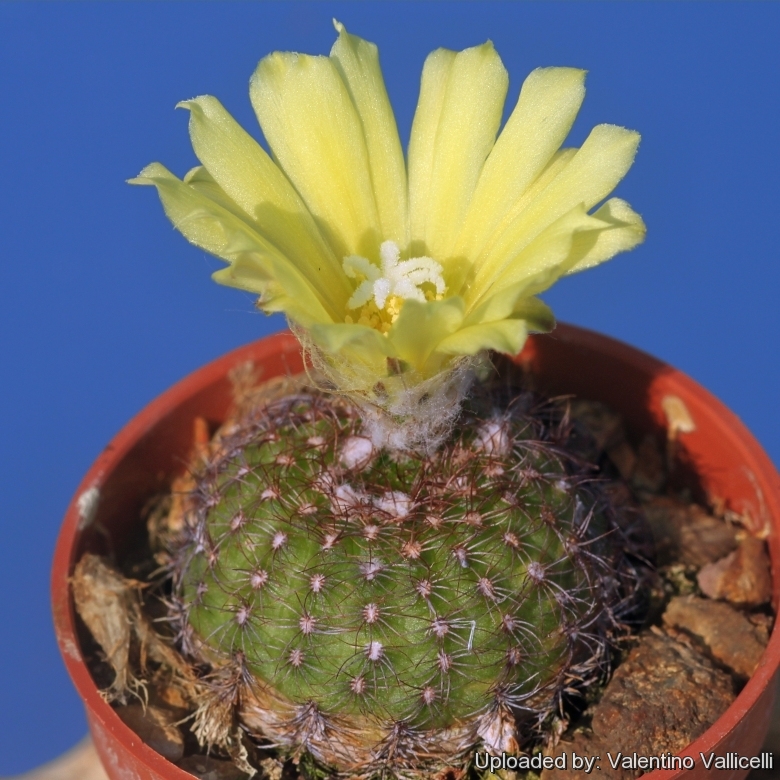 Origin and Habitat: Frailea schilinzkyana has a relatively small range in Rio Grande do Sul (Brazil); Entre Rios, Corrientes, and Misiones provinces (Argentina); Paraguarí and Concepción departments (Paraguay) and in Uruguay.
Altitude: 150-500 metres above sea level.
Type locality: In Brazil it grows on grass plains, elsewhere mostly on rocky outcrops and stony fields. Frailea schilinzkyana is not abundant and its distribution is sparse. In general, Frailea species have a relatively short lifespan but rapid reproduction (generation length is 3-5 years). The habitat of this cactus has a very high potential to be used for agriculture. The major threats are trampling by grazing cattle, agriculture, forestry (Eucalyptus plantations), and fire.

Description: Frailea schilinzkyana is a very small cactus that remains solitary or (occasiaonally) somewhat cespitose.
Stem: It is diminutive in size, about 3 cm in diameter, depressed globular and somewhat flattened and umbilicate above, (wider than taller). Medium dark brownish green
Ribs: 10 to 13, but very indistinct, more or less spiraled, strongly tubercled
Areoles: Placed on the upper side of the tubercles.
Radial spines: About 12 to 14 short (2 to 3 mm long) which vary from yellow to dark tannish-brow n or blackish in colour, more or less appressed and reflexed.
Central spines: Solitary, stouter than the radials.
Roots: Fat central tap root.
Flowers: Yellow small, infundibuliform, often cleistogamous (Even when their flowers do not open, they still form fruits with many seeds)
Blooming season: Flowers will open only in great heat, in the hottest, brightest, afternoon sun, if at all.
Fruits: Dry, indehiscent, that detach easily, yellowish, pericarp membranous, fragile that break easily, releasing the seed. 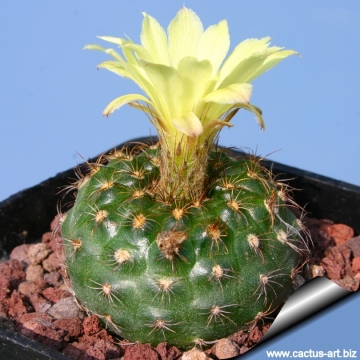 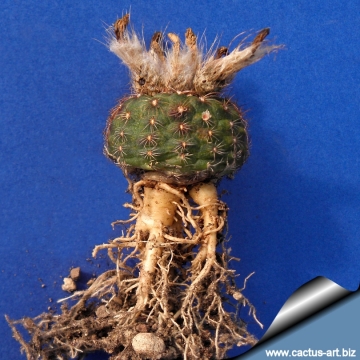 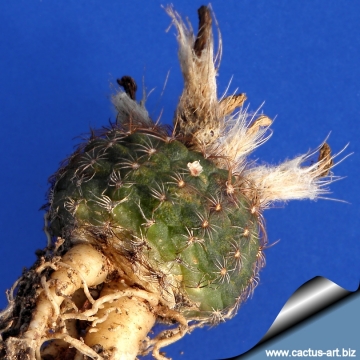 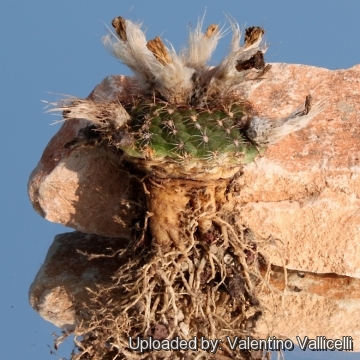 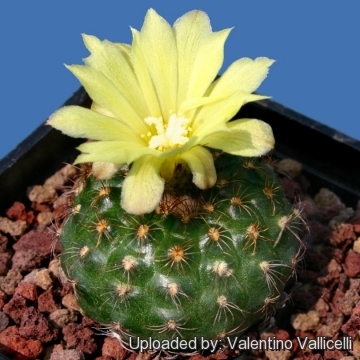 - On summer days one can admire the splendour of its beautiful yellow flower, larger than the plant itself. (Frailea schilinzkyana) Photo by: Valentino Vallicelli