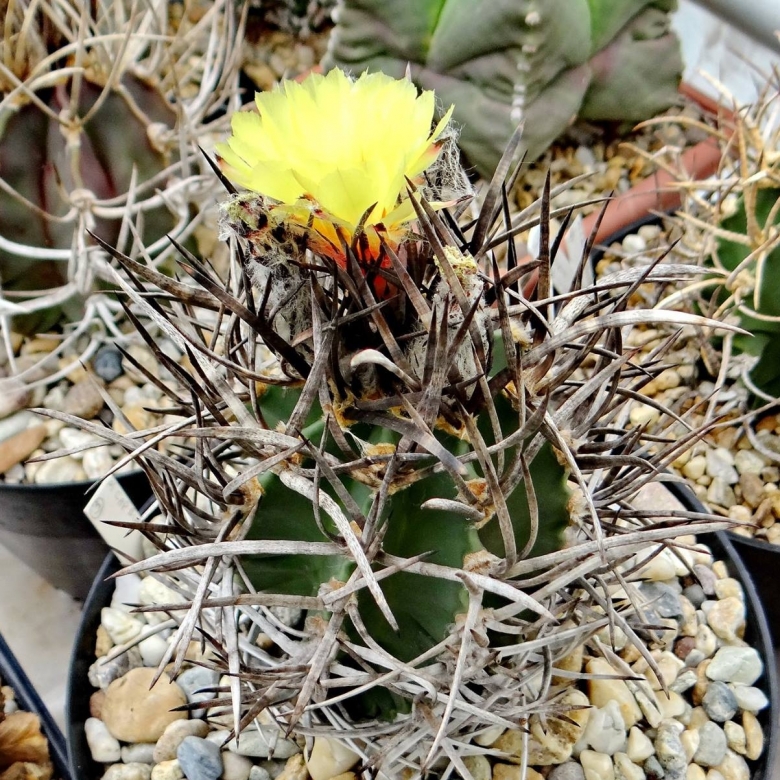 Notes: The name "crassispinum" is however source for many confusions. And also frequently these plants are mistaken with Astrophytum capricorne cv. Crassispinoides which is very different and has very thin and flexible white spines and pure yellow flowers. 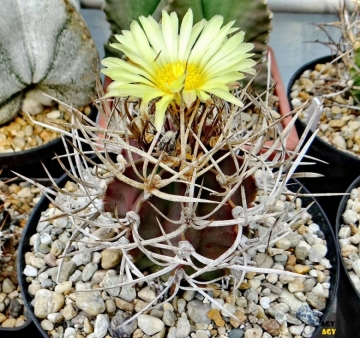 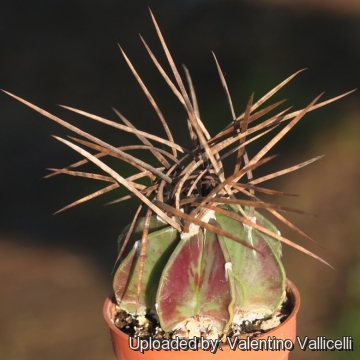 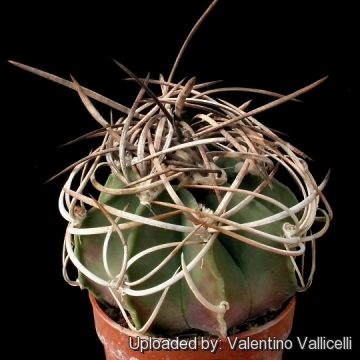 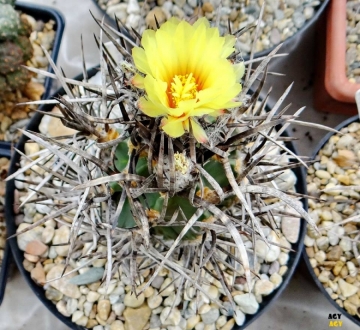