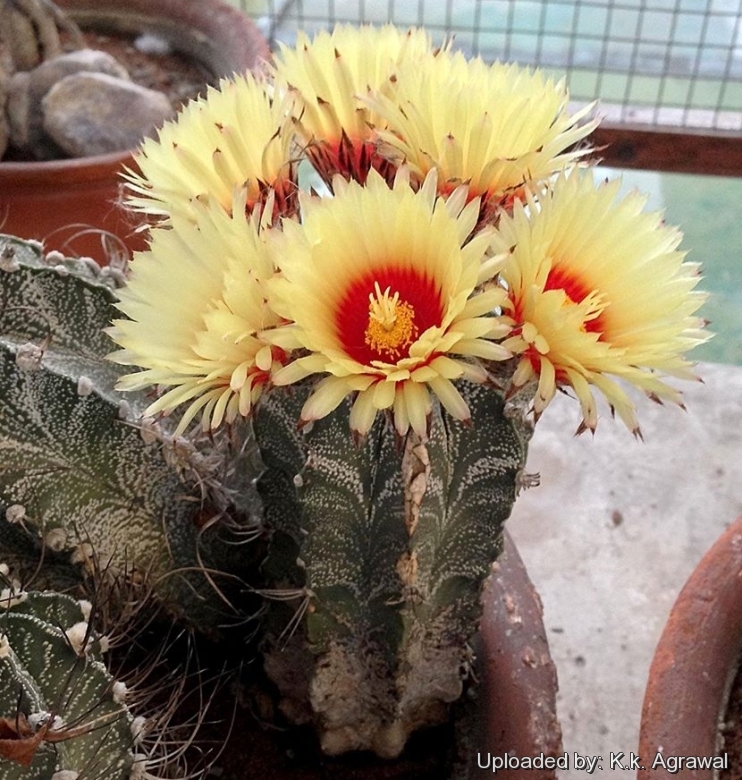 Description: Solitary globose or columnar cactus.
Stem: Although young plants are globular, they soon become ovoid, and eventually columnar up to 1.2 m tall, 10 (15) cm in diameter. The epidermis of is more or less covered with the typical white woolly flecks characteristic of the genus.
Ribs: Usually 8.
Areoles: In vertical rows along each rib and
Spines: 5 to 10 up to 7 cm long, Grey to brown wired, twisted, curved, flattened that look like the horn of a Capricorn. As plant ages spines get a bit more intense and messier, but relatively sparse, they are stiff but pliable and fragile, so, plant should be handled with care.
Flowers: Sweet smelling 7.5 cm wide, yellow with a red center.
Blooming season: Blooms in summer.
Fruit: Reddish covered with flattened spines, 2.5 cm in diameter.

Camouflage: The fine spines of this species are an optical artifice supporting the grass-mimicry to the surroundings.

Notes: Astrophytum capricorne was described at the year 1851 from Dr. Albert DIETRICH as Echinocatus capricornis. In 1922 BRITTON and ROSE recombined this genus to Astrophytum. 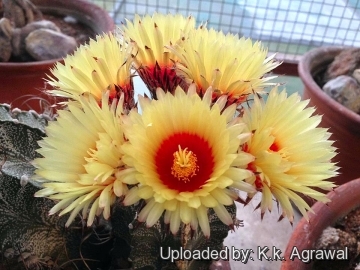 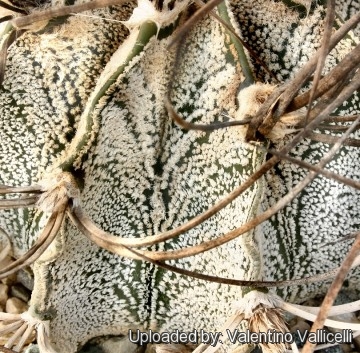 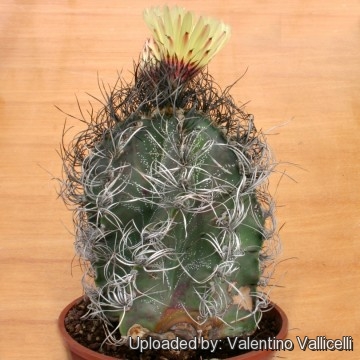 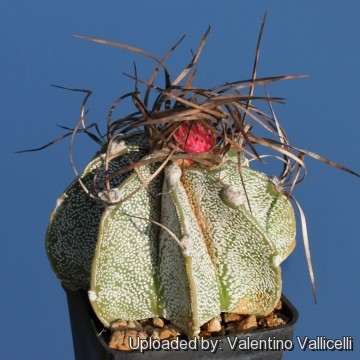 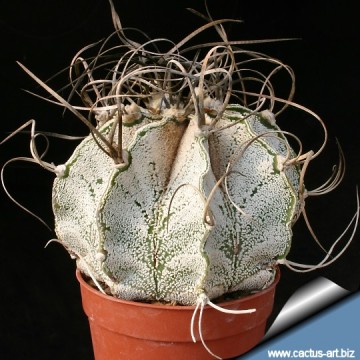 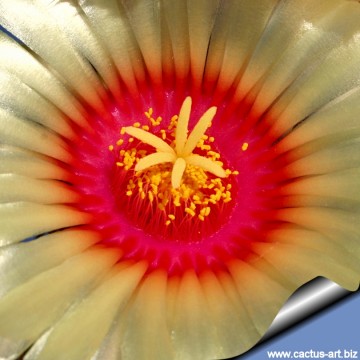 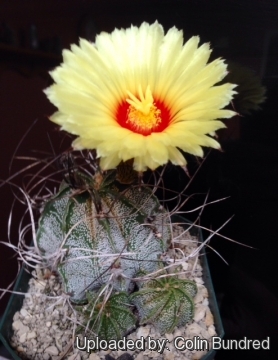 A 12 year old seed grown plant in my collection. Unusual in that it has started to cluster. (Astrophytum capricorne) Photo by: Colin Bundred

by Cactus Art
There are a total of 18 Photos.
Click here to view them all!
Cite this page: "Echinocactus capricornis" Text available under a CC-BY-SA Creative Commons Attribution License. www.llifle.com 14 Nov. 2005. 21 Sep 2021. </Encyclopedia/CACTI/Family/Cactaceae/3565/Echinocactus_capricornis>