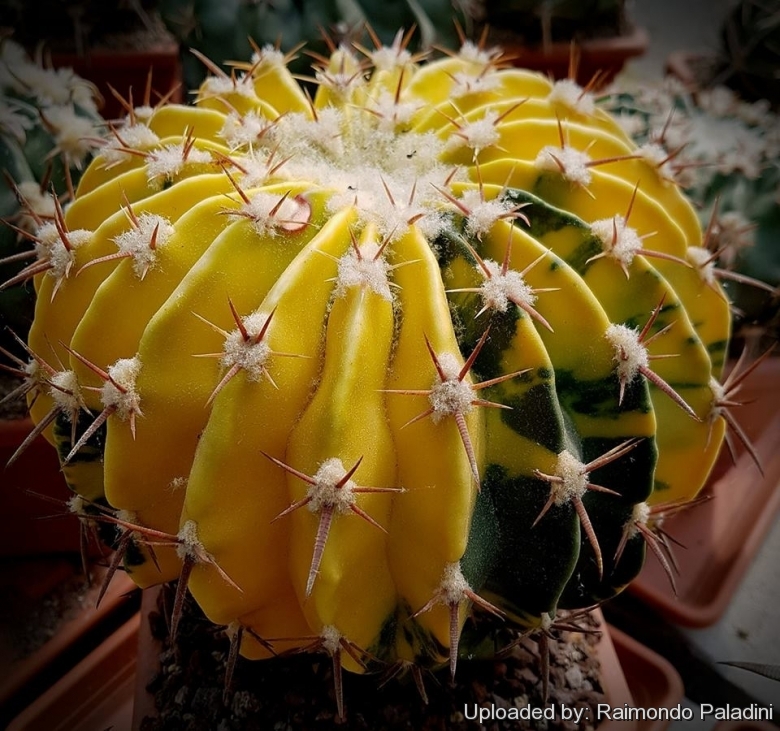 Description: The typical Echinocactus texensis, best known in cultivation as Homalocephala texensis, is a stout barrel cactus that lies low to the ground, solitary when young, very rarely slowly clustering in age. It is distinguished by rather flattened, often very strong spines. They are a rich brown and form a pleasing contrast against the grey green body.
Variegated form: Variegated Echinocactus texensis are cultivated for their beautiful stems that have sectors, patches or stripes with two colours, yellow and green. There are several forms of variegation. The extent and nature of the variegation can vary, and sometimes the plant will return to the green form. In others it is stable and does not change under normal conditions. Flowers are produced only on the crown of mature specimens. Variegated specimens are sometime grafted on stronger species, called the stock, that can be any number of different columnar cactus.