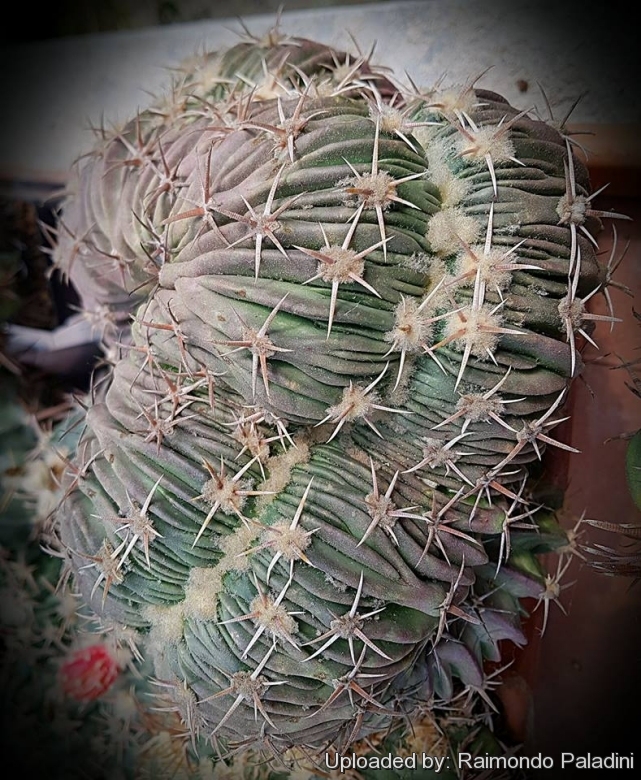 Origin and Habitat: Garden origin (Nursery produced cultivar). The odd crested forms are extremely rare and may appear both on seedling batches in a very small percentage and in habitat too

Description: The typical Echinocactus texensis, best known in cultivation as Homalocephala texensis, is a stout barrel cactus that lies low to the ground, solitary when young, very rarely slowly clustering in age. It is distinguished by rather flattened, often very strong spines. They are a rich brown and form a pleasing contrast against the grey green body.
Crested form: The crested Horse-crippler (Echinocactus texensis f. cristata) is a very rare, slow-growing and highly priced crested cactus forming odd sculptural shapes. Its stems fan out and can get very big making a spectacular specimen. The crested form - despite to its beauty - is still very rare, pricey and sought after by collectors.