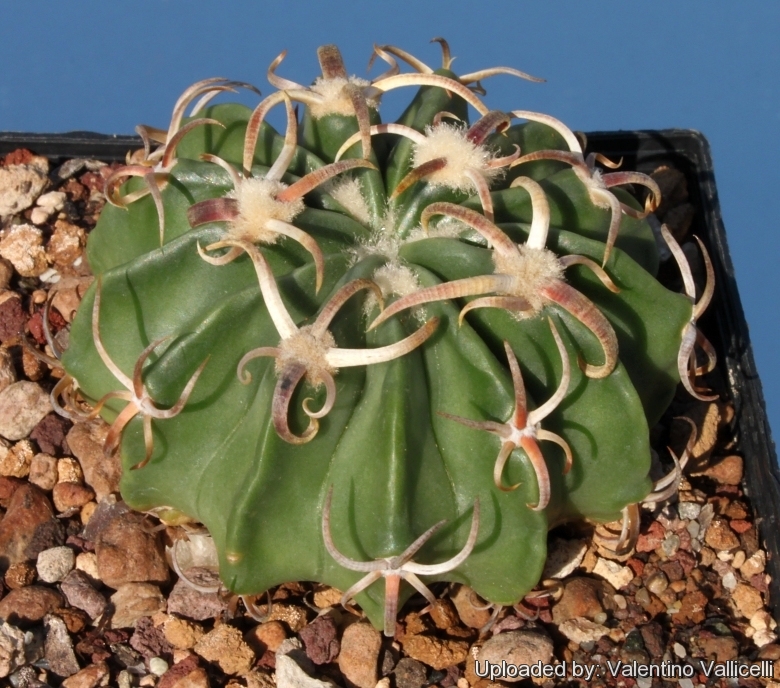 Description: The typical Echinocactus texensis (also known as the "Horse-crippler Cactus") is a
stout barrel cactus with small but strong spines. The japanese cultivar "Kyoushi Anayami" (a.k.a. cv. Kyoshi Anayami, cv. Kuruitoge Anayami or cv. Curlyspine) differs from the standard species for the twisted spines that looks like odd spiders. With the exception of the spines, all the other characteristics are absolutely identical, namely size and form of stem, ribs, flowers and fruit. By the way "Ayanami" is just Japanese name of texensis, which means twilled waves.
The standard form is very popular and widely grown, while the beautiful twisted spined variant is still rare in cactus collection. This plant can also get very big making a spectacular specimen. 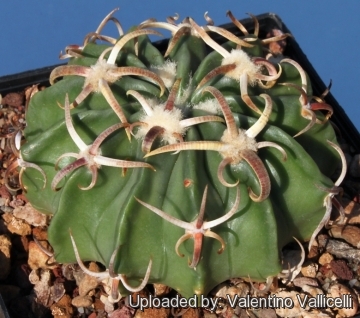 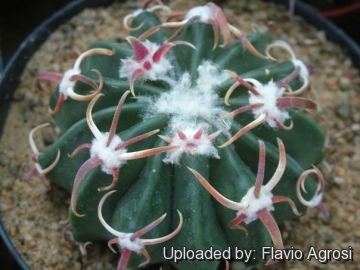