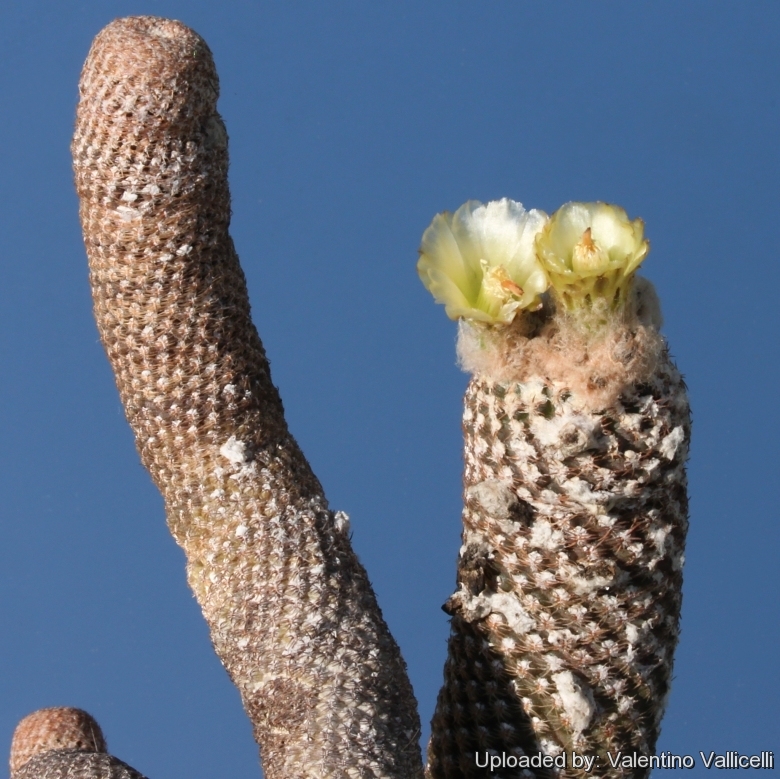 Eriosyce napina var. lembckei Photo by: Valentino Vallicelli
This is a slow growing, finger size plant. Very nice but rot prone on its own roots.

Origin and Habitat: Coastal Chile (Region III Atacama) Road from Vallenar to Huasco and nearest areas along the coast of the ocean.

Description: Eriosyce napina var. lembckei has tiny globose or finger-like stem, slowly growing atop a thick, underground taproot, with a constriction between the stem and the root.
Stem: Slow growing, up to 3-5 cm across, 2-6 cm tall (often becoming cylindrical and up to 20 cm long in cultivation), with brown-olive-grey tones
Tubercles: Smaller than the type.
Areoles: Grey woolly.
Spines: Alll radials, short copper-brown to black coloured of small size 2-3 mm long.
Roots: It has a tuberous root system with (usually) a very large carrot-like root of at least 7 cm of length.
Flower: Funnelform; buds hairy with brown wool.
Fruits: Large red clavate, wrapped in white wool.
Blooming season: It flowers already when young, synchronised flowering of the whole plants took place over one or two days, and remain open for about three or four days.
Blossoming time: Late spring. 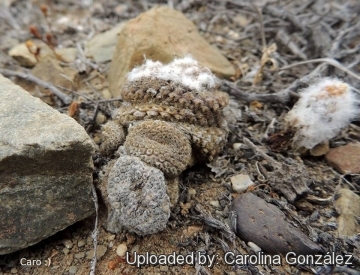 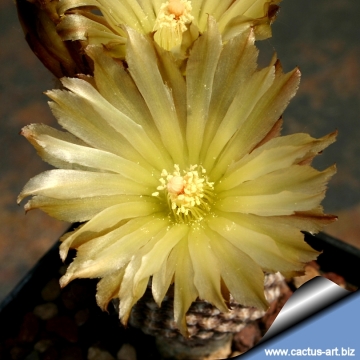 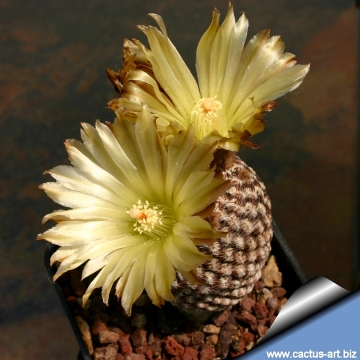 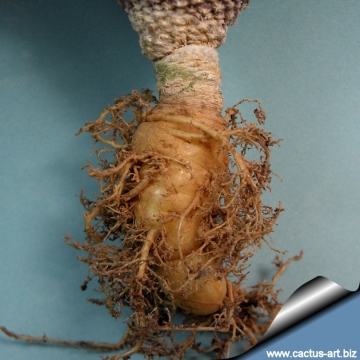 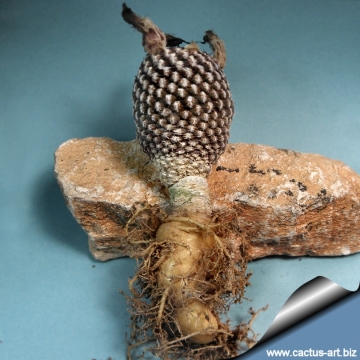 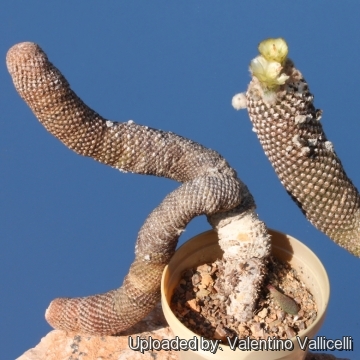 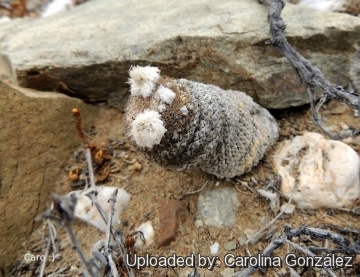 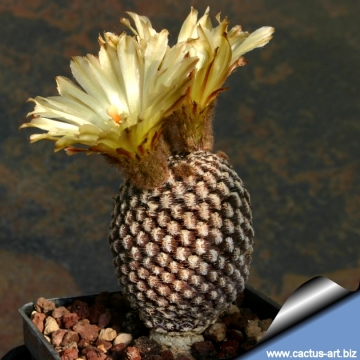