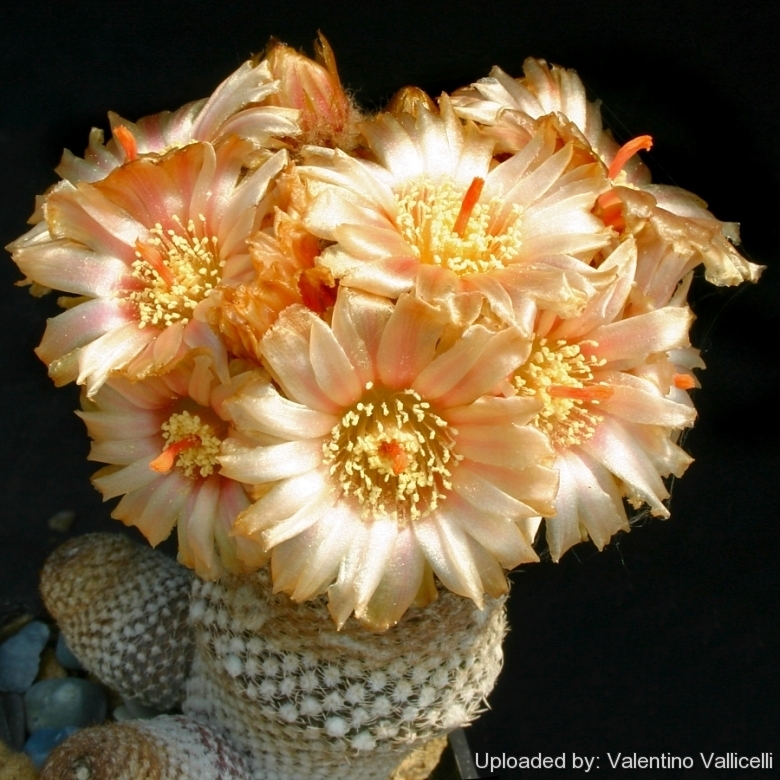 Origin and Habitat: Coastal Chile (Region III Atacama) Road from Vallenar to Huasco and nearest areas along the coast of the ocean .
Habitat: Altitude: approx. 200-350 m.

Description: Tiny offsetting species with a globose stem, slowly growing atop a thick, underground taproot, with a constriction between the stem and the root, eventually becoming somewhat elongated in cultivation.
Stem: Slow growing, up to 3-5 cm across, 2-6 cm tall, brown-olive-grey tones
Tubercles: Smaller tubercles than the type.
Areoles: Grey, woolly.
Spines: Short brown to black coloured radials of small size 2 to 5 mm.
Roots: Forms a tuberous root system with (usually) a very large carrot-like root of at least 7 cm in length.
Flowers: Pale yellow to pale reddish, with a silky shine, funnel-form; buds hairy with brown wool.
Fruits: Large, red, clavate, wrapped in white wool.
Blooming season: Late spring. Flowers already when young, synchronised flowering of the whole plants takes place over one or two days, and they remain open for about three or four days. 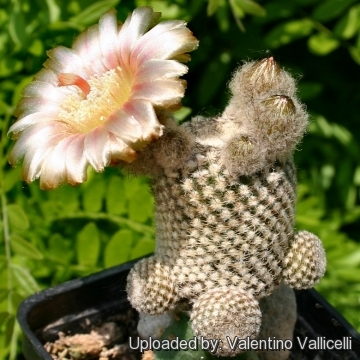 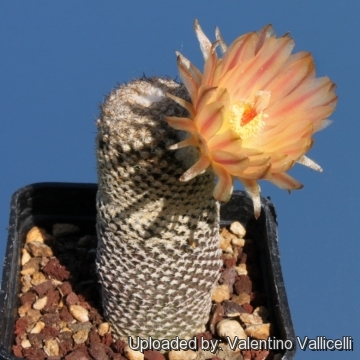 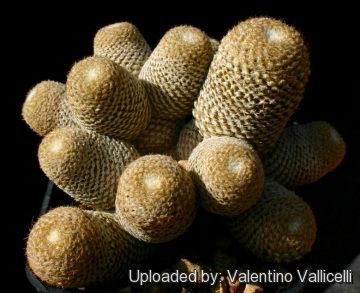 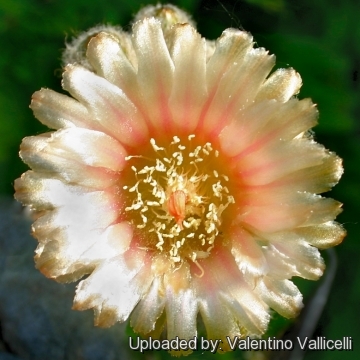 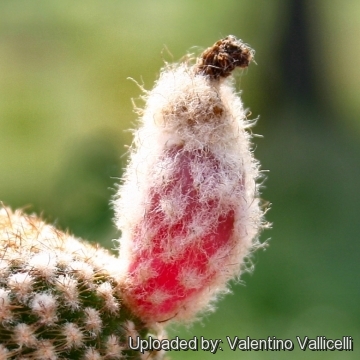 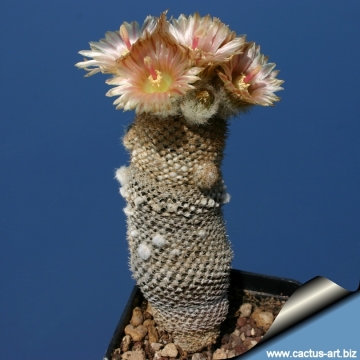 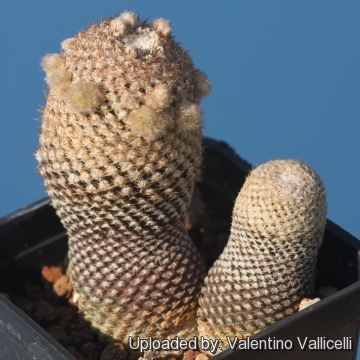 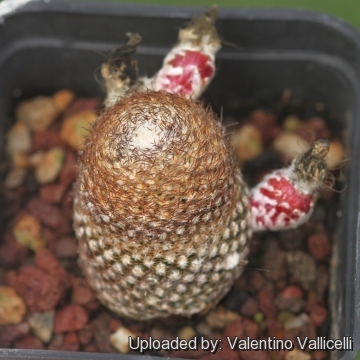 by Valentino Vallicelli
There are a total of 15 Photos.
Click here to view them all!
Cite this page: "Eriosyce napina var. duripulpa" Text available under a CC-BY-SA Creative Commons Attribution License. www.llifle.com 14 Nov. 2005. 07 Feb 2023. </Encyclopedia/CACTI/Family/Cactaceae/2793/Eriosyce_napina_var._duripulpa>