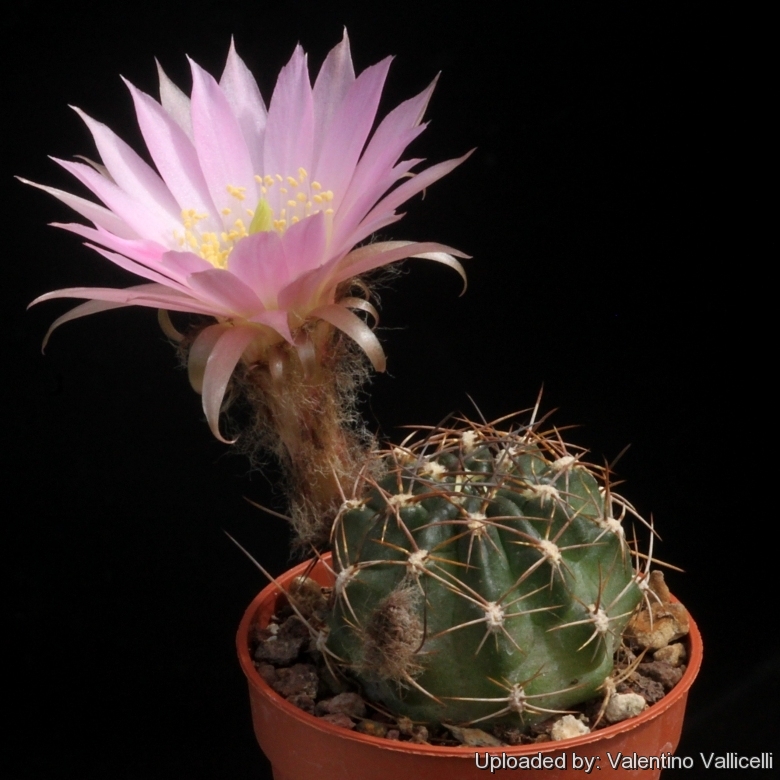 Description: Lobivia wrightiana is a solitary or rarely clumping species and one of the more popular, hardy, and beautiful among the small, globe-shape Easter Lily cacti.
Stem: Flattish-globose to more or less clavate or short-cylindric ash-green to dark greyish green up to 7 cm tall, 5 cm in diameter. Ribs (13-)16-17(-19), slightly spiral, low, slightly tuberculate, with round white areoles.
Root: Large turnip-like storage root.
Central spines: Conspicuous, erect, curved to almost hooked, variable in length mostly 4-6 cm long but sometime up to 18 cm long (there are also forms with only short spines).
Radial spines: Thin, variable in number and length.
Flowers: On the side of the stem, 4 cm in diameter, 4-5(or more) cm tall, pale lilac to bright-pink with often lighter throats, stamens adpressed, short, longer in older specimens; the flower tube is long and narrow.
Blooming season: Flowers are produced in spring and remain open for about four days. Easy to grow and flower if kept cool during winter. 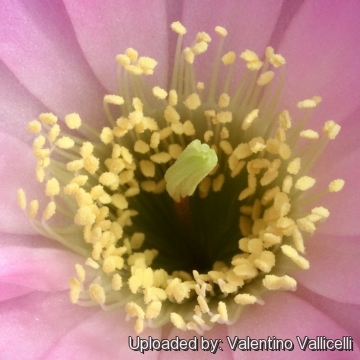 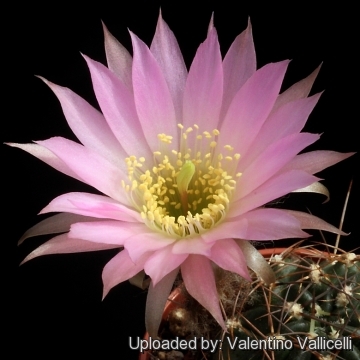 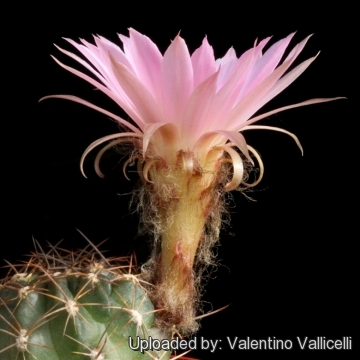