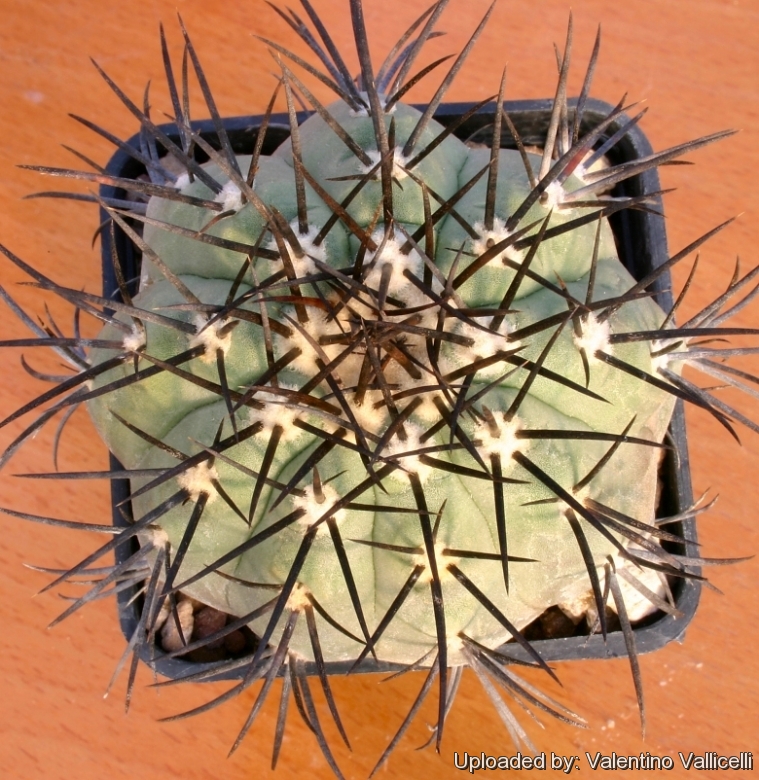 Origin and Habitat: Coastal deserts of northern Chile (Atacama, Antofagasta, Caldera)
Habitat: In the area where this plants grows there is very little rain but frequent coastal fog, which provides a significant part of their water needs.

Description: The name Copiapoa lembckei was not validly published. This name was used by K.Knize to describe a form of Copiapoa calderana but it is an invalid name. Copiapoa calderana var magnifica is also an invalid name. To confuse things further he also used the name Copiapoa marginata var magnifica.
Habit: Solitary or slowly clumping
Stem: 5 cm tall , 10 cm in diameter, depressed spherical or shortly cylindrical with a woolly apex, pale grey-green, with grey tips.
Ribs: 10 to 17 ribs, wide blunt, not notched, approx 1 cm high.
Areoles: Round, woolly, dull-white/grey that darken as they ages, 5-10 mm apart.
Spines: Usually black to grey­-black, strong, awl-shaped to needle-like, hard and straight (or slightly bent), becoming grey with age, but can vary from black to brown to yellow
Central spines: 1( to 2) about 2-3 cm long.
Radial spines: 4 to 7; ± 1 to 1.5 cm long.
Flowers: Large (± 3 cm) light yellow, funnel-shaped, scented.
Blooming season: Flowers in spring and summer, followed by green fruit.

Notes: One of the limitations of only seeing plants in cultivation is that every plant with a given name could be descended from the same collection. This may give the impression that a species looks a particular way when in fact that is just one of a whole range of forms, and probably not a very representative one. 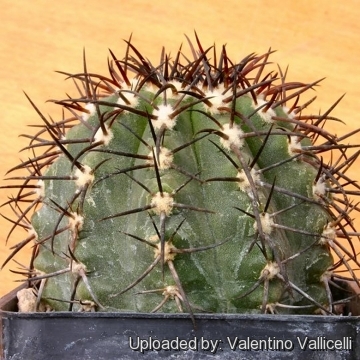 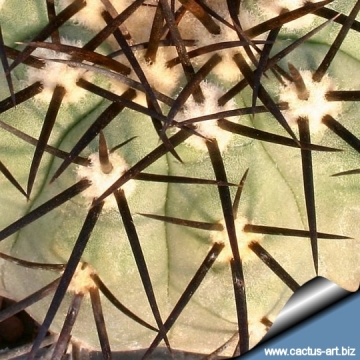 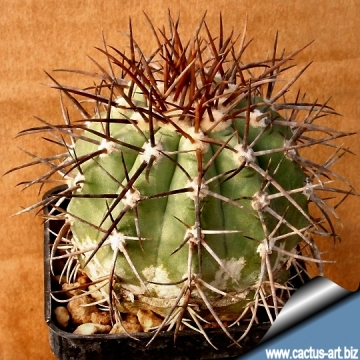 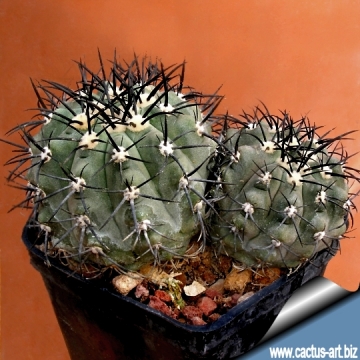 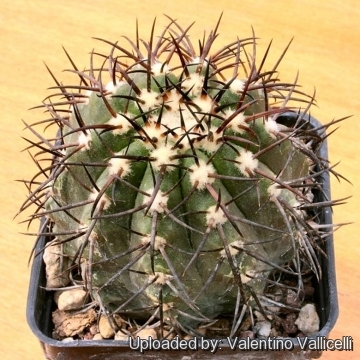 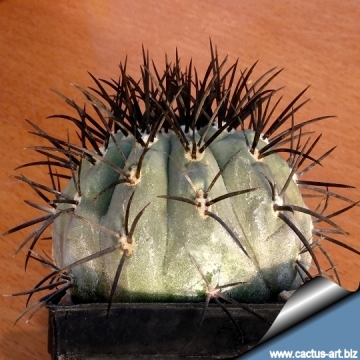 Cultivation and Propagation: This extremely slow growing cactus is kept for the beauty of its form. It must be protected from excessive heat and sun in summer, and seems to do best in cultivation with a bit of shade. It requires light but regular waterings in summer, but let the soil mix dry between waterings, Prone to rot if over-watered. Needs good drainage. Keep warm and dry in winter (10°C) to avoid rot. Not highly tolerant of a great deal of frost. (Frost tolerance 0°C)
Propagation: Seeds (offsets rarely), Grafting is often used to speed growth rate and to create a back-up to plants in collection.