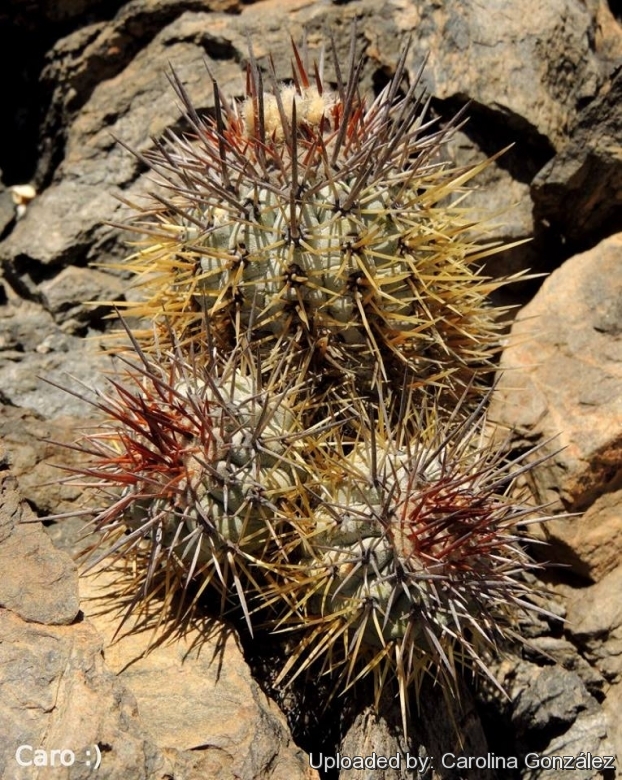 Origin and Habitat: Coastal deserts of northern Chile, Antofagasta, south of Mejillones peninsula to Miguel Díaz and in Atacama littoral zone north of Caldera (3ª region of Copiapó). Extent of occurrence 8,260 km2.
Altitude range. Copiapoa calderana grows at elevations of 0 to 1,000 metres above sea level.
Habitat: These plants live mainly in the generally rocky coastal hills (lomas costeras), in extremely dry areas with very rare rainfall. The dry season lasts 8 to 12 months and in some years it is possible to have no rainfall at all. In the northern part of the range the plants obtain water mainly from the frequent coastal fog (camanchaca), which provides a significant part of their water needs. The long tuberous root of this copiapoa is buried deeply in these soils which are very poor in organic matter. The superficial layer is completely composed of "maicillo" (granite) and in the deepest levels are very dense clays which are able to retain some water throughout the summer. Copiapoa calderana has a relatively restricted range, but is abundant, there is no continuing decline, it occurs within protected areas, and the threats occur only in portions of the species range. The plant is sporadically collected as an ornamental locally and for specialized collection. The seeds are easy to find in trade, hence the pressure on wild populations is not significant. The populations on the coast are threatened by development of urbanization, tourism and the construction of industrial harbours.

Notes: Copiapoa calderana is a highly variable taxon with several more or less similar forms that could be described as local varieties as demonstrated by the number of varieties and their synonyms. Some authors suggest that this is a complex species or species aggregate. The several classifications and reclassifications provide evidence of the confusion that rules regarding the names used. It seems that many botanists and hobbyists who have studied Copiapoa in habitat have formed their own concepts of which names should be applied to which plants. It is relatively easy to attribute some key features that dominate in certain populations, but it is equally possible to look more closely at plants in these populations, and find individuals that 'break the rules' and would easily fit another population's dominant characteristics. 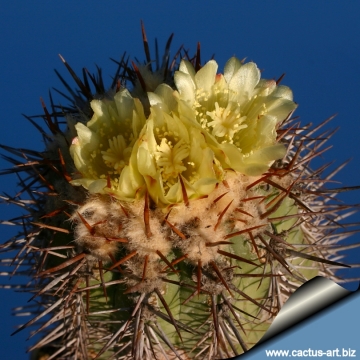 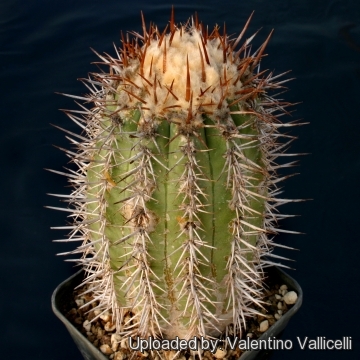 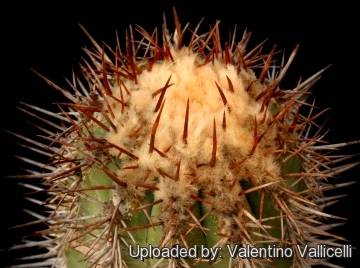 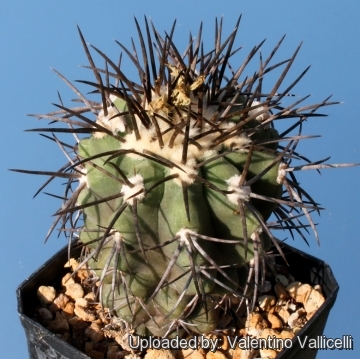 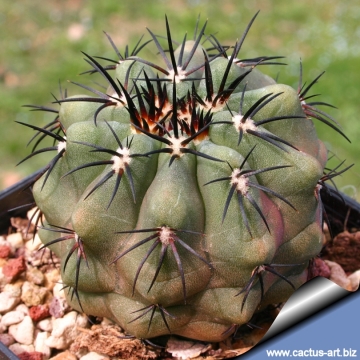 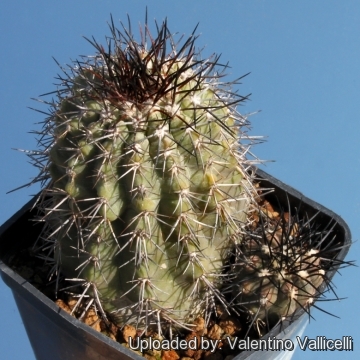 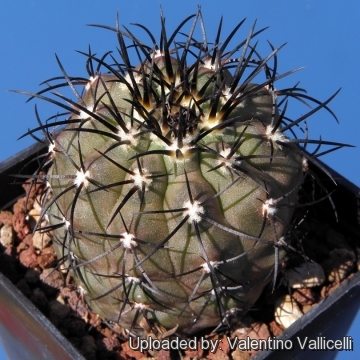 Cultivation and Propagation: Considering that Copiapoa calderana comes from a habitat with an extremely arid climate, they are remarkably tolerant of pot culture. These plants have taproots and are susceptible to overwatering. They requires also an appropriate air circulation. Copiapoas are summer grower species easy to cultivate.
Growth rate: This is a slow growing cactus kept for the beauty of its form that will make clumps given the best conditions.
Soils: It likes very coarse mineral cactus mix soil, but can become too elongated if compost is too rich.
Repotting: Use pot with good drainage.
Watering: It requires light but regular waterings in summer, but let the soil mix dry between waterings, but do not overwater (Rot prone), it must be strictly kept dry throughout the winter quiescent period since it is very sensitive to any moisture excesses keep dry in winter.
Fertilization: Feed with a high potassium fertilizer in summer.
Hardiness: Not highly tolerant of a great deal of frost. They need to be kept in a cool place during winter rest and are resistant to light frost if kept on the dry side prior to, and during, cold weather ( they are hardy to -2 C ° C short periods). However some warmth throughout the year will increase the grower's success (minimum 5° to 10°C during rest season).
Exposition: Requires full sun or light shade and careful watering to keep plant compact with strong coloured spines. Tends to bronze in strong light, which encourages flowering and heavy spine production. Light shadow my be useful in the hottest summer days.
Uses: It is an excellent plant for container growing. It always looks good and stays small. It look fine in a cold greenhouse and frame or outdoor in a rockery.
Pests & diseases: It may be attractive to a variety of insects, but plants in good condition should be nearly pest-free, particularly if they are grown in a mineral potting-mix, with good exposure and ventilation. Nonetheless, there are several pests to watch for:
- Red spiders: Red spiders may be effectively rubbed up by watering the infested plants from above.
- Mealy bugs: Mealy bugs occasionally develop aerial into the new growth among the wool with disfiguring results, but the worst types develop underground on the roots and are invisible except by their effects.
- Scales: Scales are rarely a problem. It is wise to treat your whole collection with a systemic insecticide twice a year in spring and autumn.
- Rot: Rot is only a minor problem with cacti if the plants are watered and “aired” correctly. If they are not, fungicides won't help all that much. To prevent rottenness it is also advisable to surround its root neck by very rough sand or grit, this help a fast water drainage.
Propagation: Seeds (or offsets if available), Grafting is often used to speed growth rate and to create a back-up to plants in collection. Seeds germinate in 7-14 days at 21-27° C in spring, remove gradually the glass cover as soon the plants will be well rooted (ca 1-2 weeks) and keep ventilated, no full sun for young plants!