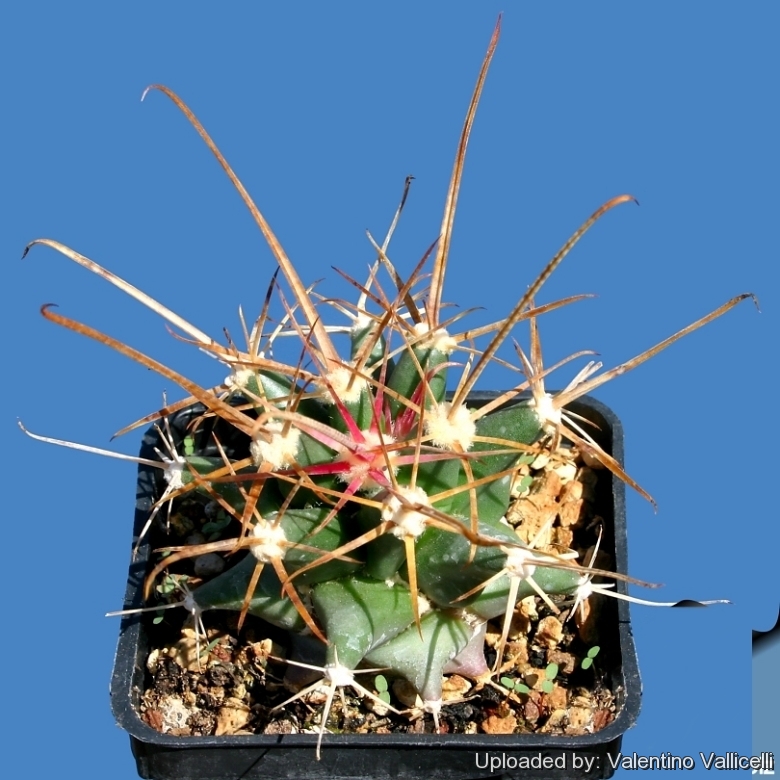 Description: ? Ferobergia principis-lindsayi is a horticultural intergeneric hybrid, made by crossing of Ferocactus lindsayi as a female and Leuchtenbergia principis as a male. This hybrid is very variable, due to the intersection of characters deriving from the parents. The length of the tubercles and spines are the more variable of the trait and a great variety of forms can be found in cultivation.
Tubercles: Generally they have more or less long, three-sided tubercles, often with a basal “chin”, rather than arranged along ribs. The areoles are at the tips of tubercles. Some of this Ferobergia produce drops of nectar from areolar glands like Ferocactus.
Spines: Variable, some plants have long, harmless, and papery spines (more similar to those of Leuchtenbergia), while other others have stouter spines, eventually hooked spines (more similar to those of the Ferocactus).
Flowers: Mostly pink or magenta.
Blooming season: Blossoms intermittently from spring to fall.

Subspecies, varieties, forms and cultivars of plants belonging to the Ferobergia hybrids group 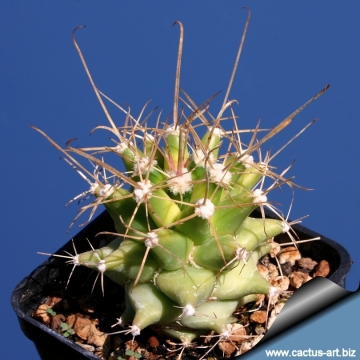 х Ferobergia principis-lindsayi Photo by: Cactus Art
Send a photo of this plant.

Cultivation and Propagation: Ferobergias grow easily from seed in cultivation. Despite being revered by many collectors, they are not too difficult to cultivate.
Soil: Use a very quick-draining mineral mix.
Water: Water just enough, if possible from below. Water carefully. Lack of water will make the tip of the tubercles yellow. Too much water will make it rot.
Repotting: Container grown plants should be re-potted every other year for good growth when new growth starts in the spring. The Ferobergia has a strong tap root, and should have a deep pot to accommodate it. This can complicate things as a deeper pot dries out more slowly.
Hardiness: Keep dry at minimum temperature of 5° C in winter, although it will tolerate brief periods down to -5 degrees.
Exposure: It should be grown in full sun to light shade.
Propagation: Seeds or graft, occasional offsets and even cuttings of tubercles (but with little success).