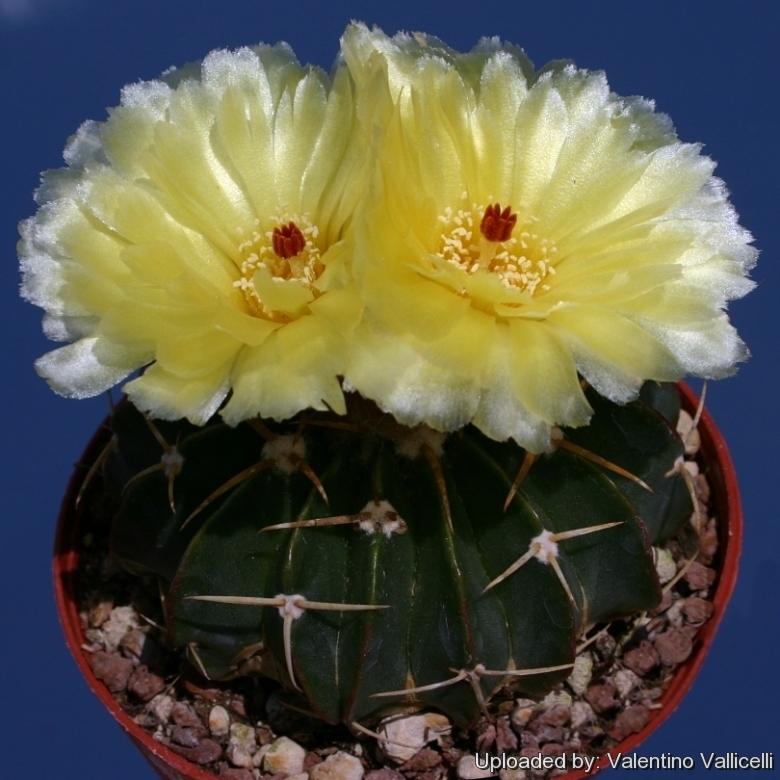 Echinocactus sellowii f. macracanthus (Wigginsia macracantha) Photo by: Valentino Vallicelli
This plant is recognizable for the pale green stem with 12 to 14 ribs and a very few (usually 3) strong and long spines of which one central ; flowers are large , pale yellow. 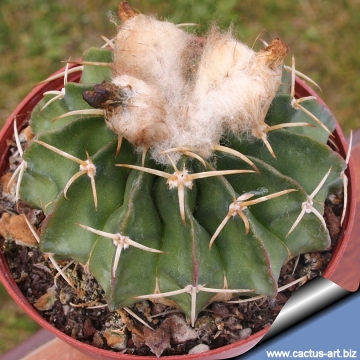 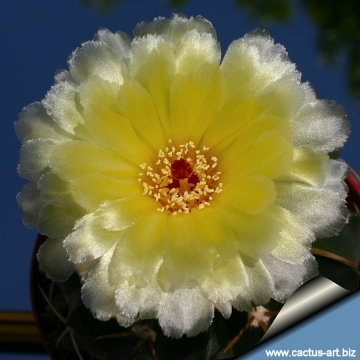