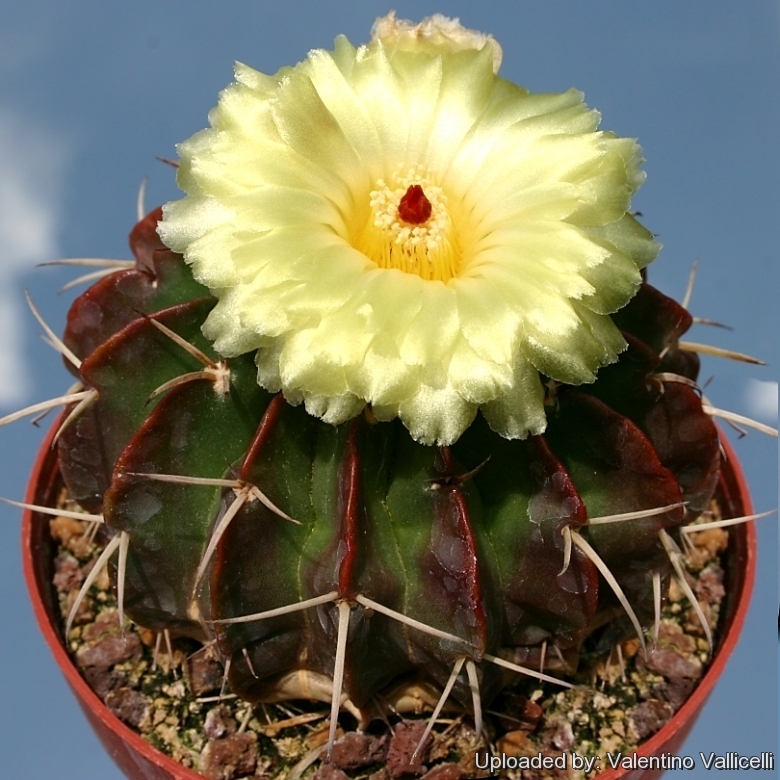 Malacocarpus leucocarpus (Wigginsia leucocarpa) Photo by: Valentino Vallicelli
This plant is recognizable for the metallic-grey to bluish‑gray stem that in full sun take a beautiful purple tinge. The flower are many petaled, the spines are few (usually 3) strong and long and the fruit is white. 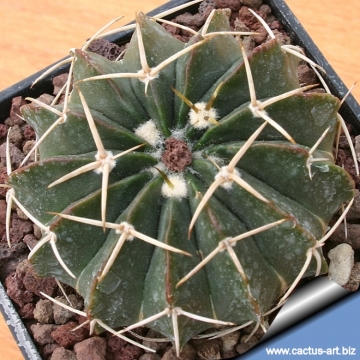 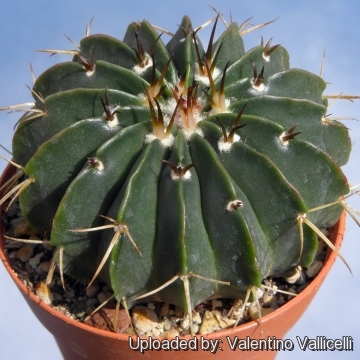