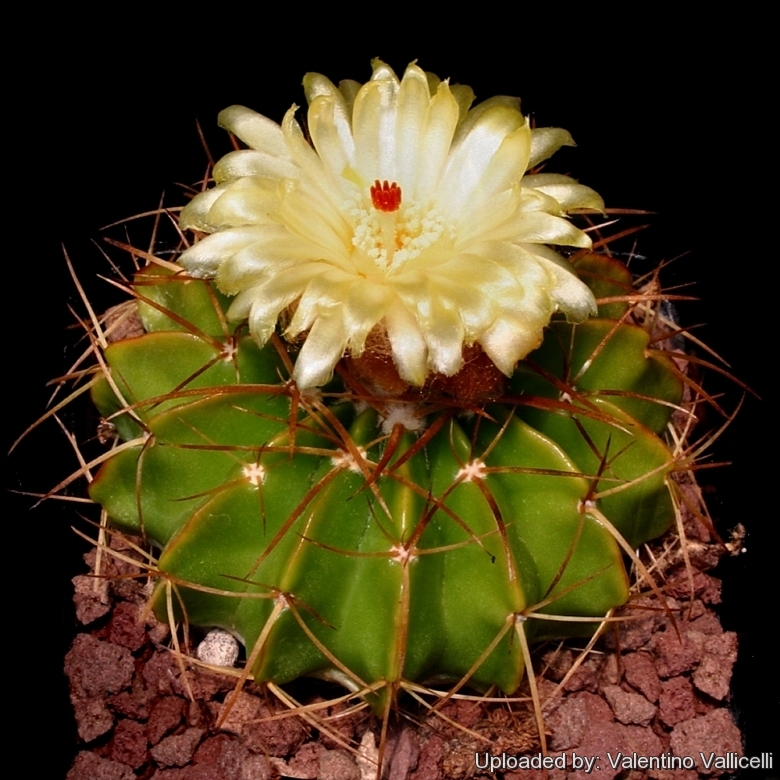 Echinocactus sellowii (Parodia sellowii) Photo by: Valentino Vallicelli
This species is quite variable, and now includes many forms (previously considered independent species). The flowers are lemon yellow with glossy petals, the stigma (purple) with about 8 to 10 red lobes, emphasize the yellow of the petals. 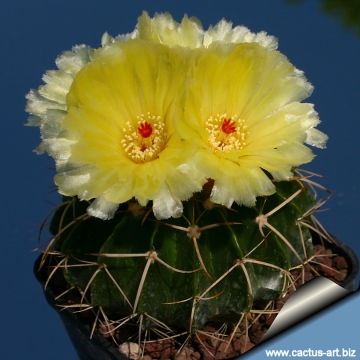 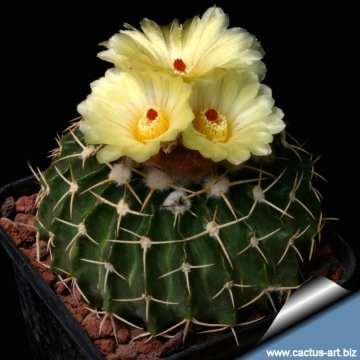 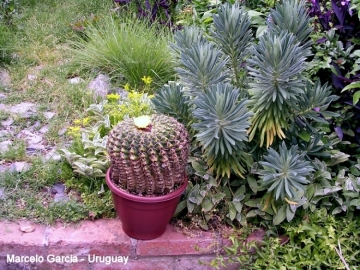 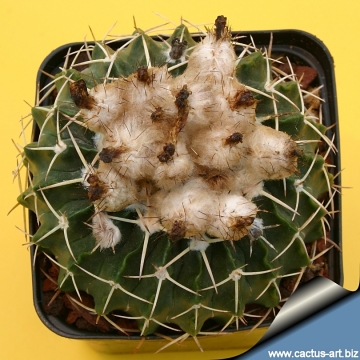 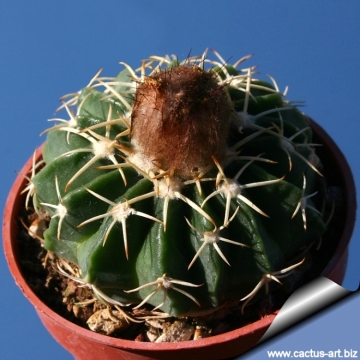 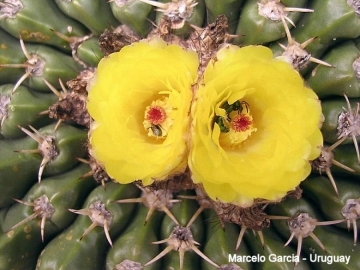 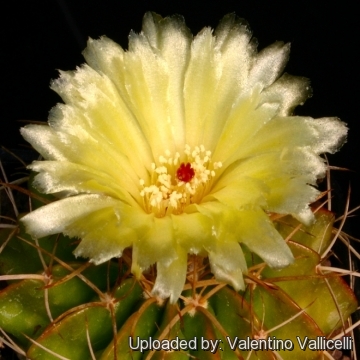 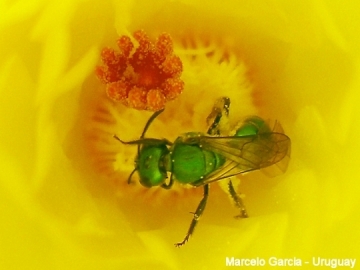