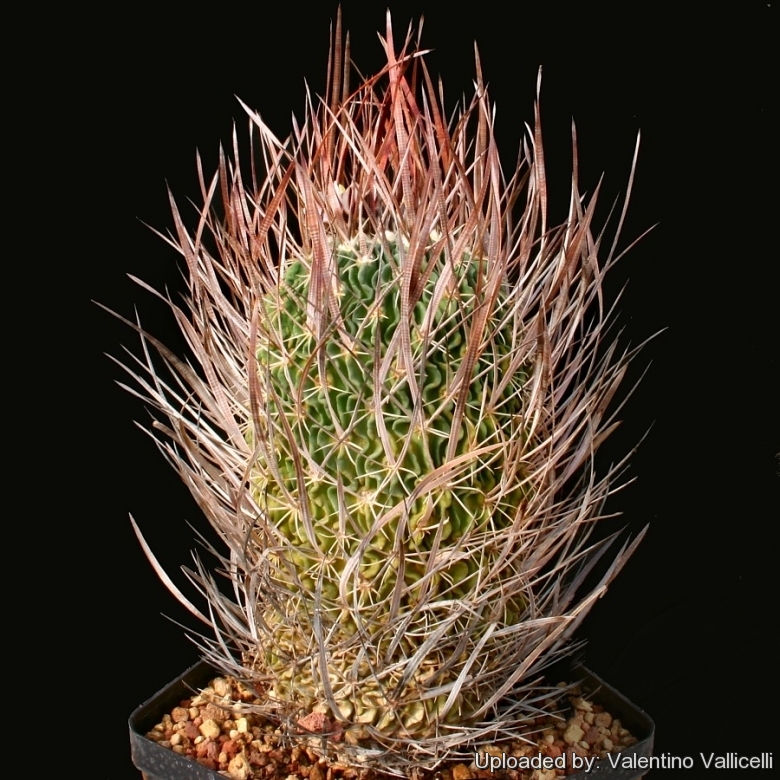 Stenocactus lloydii Photo by: Valentino Vallicelli
Plant catalogued as "lloydii" have (usually) characteristic long white to dark red papery spines with multiple, very tight, thin and wavy ribs. Flowers are White and Purple and are almost concealed among the spines. 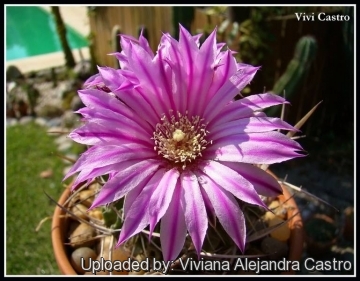 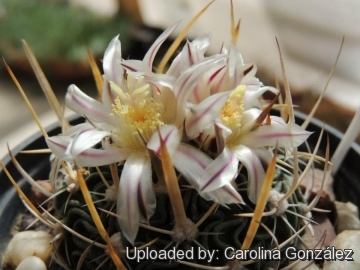 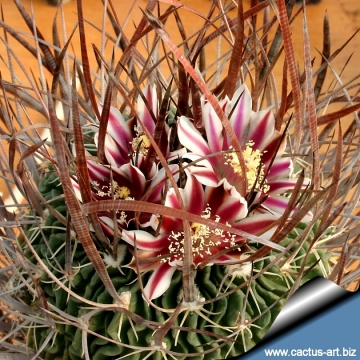 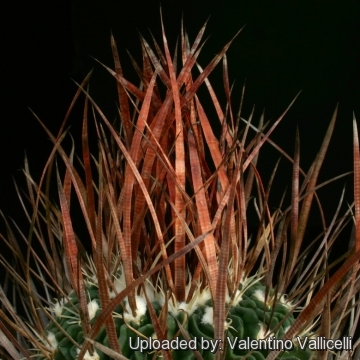 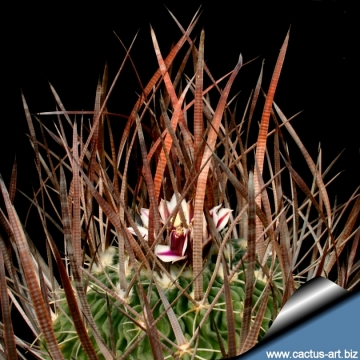 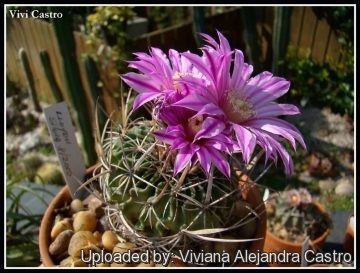