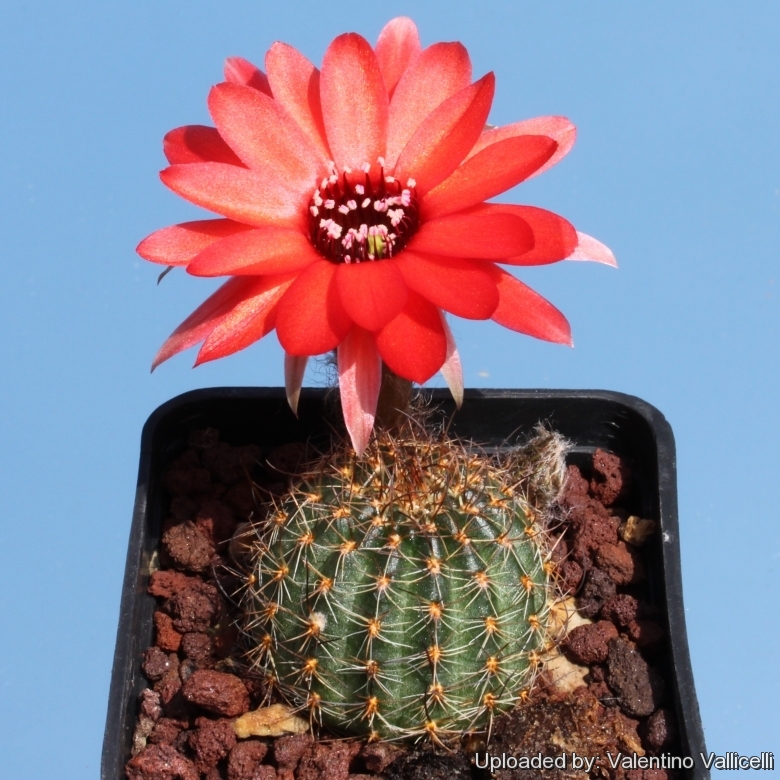 Description: Echinopsis saltensis var. zapallarensis, firstly described as a variety of Lobivia saltensis var. zapallarensis, is the smallest form from the Sierra Zapallar it has only 9-11 sharp-edged ribs, the epidermis is black-green, often also violet coloured with red to orange flowers, the fruit is more oval, however otherwise nearly like Lobivia saltensis.
Habit: It is a small cactus, usually solitary, or heavily clustering.
Stem: Flattish, egg-shaped or skightly elongated, up to 12 cm tall, 9 cm in diameter, dark green or almost black.
Areoles: 5-7 mm apart.
Ribs: 9-11.
Roots: Tap root.
Radial spines: 12-14 Thin, reddish.
Central spines: 1-4, whisker-like, twisted, asymmetrical, more or less long, interlaced up and in disorder curved up to 3 cm long. The length of spines greatly depends on sun exposure and plant's age.
Flowers: Pretty, violet coloured with red to orange, small up to 5 cm long, unscented, somewhat bell-shaped-bulgy that appears almost black when starting to open. The stamen's filaments are dark red, and bear cream-white contrasting anthers. The stigma lobes are greenish.
Blooming season: The greater part of flowers appears in spring in the first flowering, but the plant can erratically produce some flowers in summer too.
Fruits: Oval, 5 mm in diameter, with little brown wool, up-drying.
Seeds: Globular, small grained. 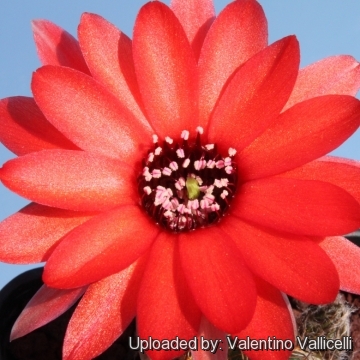 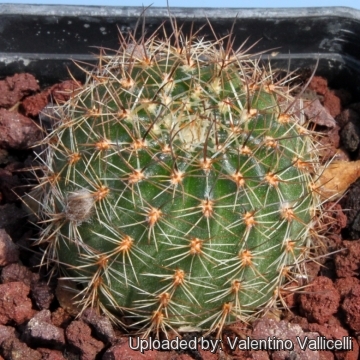