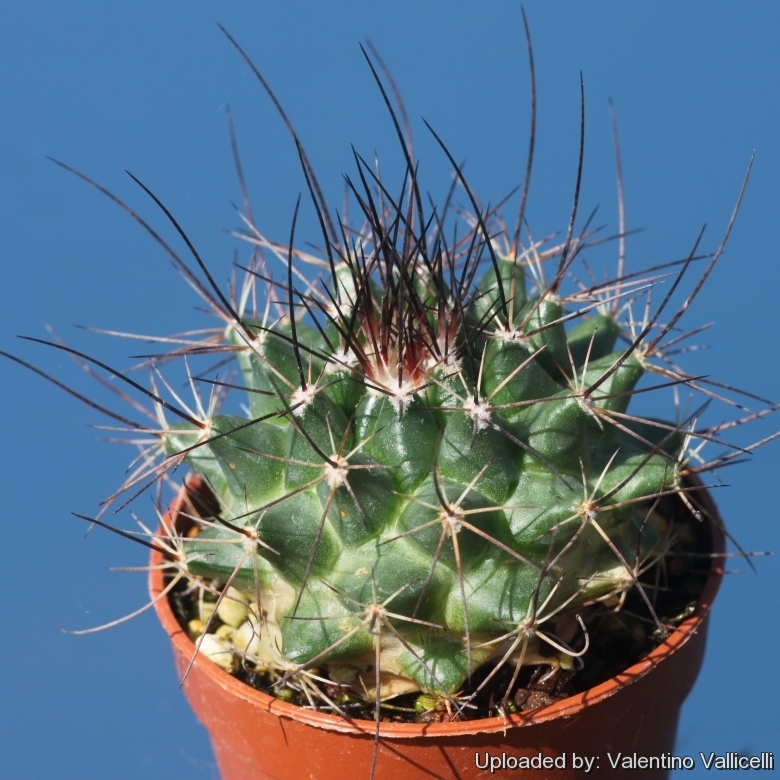 Description: Mammillaria papasquiarensis (firstly described as Mammillaria tesopacensis v. papasquiarensis by Bravo & Alt. in 1992 ) is a local or morphological form of the widespread and variable Mammillaria grusonii. It has generally longer spines than the Mammillaria grusonii.
Stem: Handsome, large, solitary to about 25 cm in diameter (or more), flat-globular if grown in plenty of sunshine, which it relishes, and which helps produce the strong spination it is noted for.
Radial spines: 8 to 10, grey 5 to 40 mm in length.
Central spines: 1 to 3, dark-brown to almost black, becoming grey whit age, 40 to 100 mm in length.
Flowers: Dull white to pinkish with darker central veins.
The distinguishing long spines of Mammillaria papasquiarensis, appear to fall within the natural variation of Mammillaria grusonii and it should be synonymized with the latter.