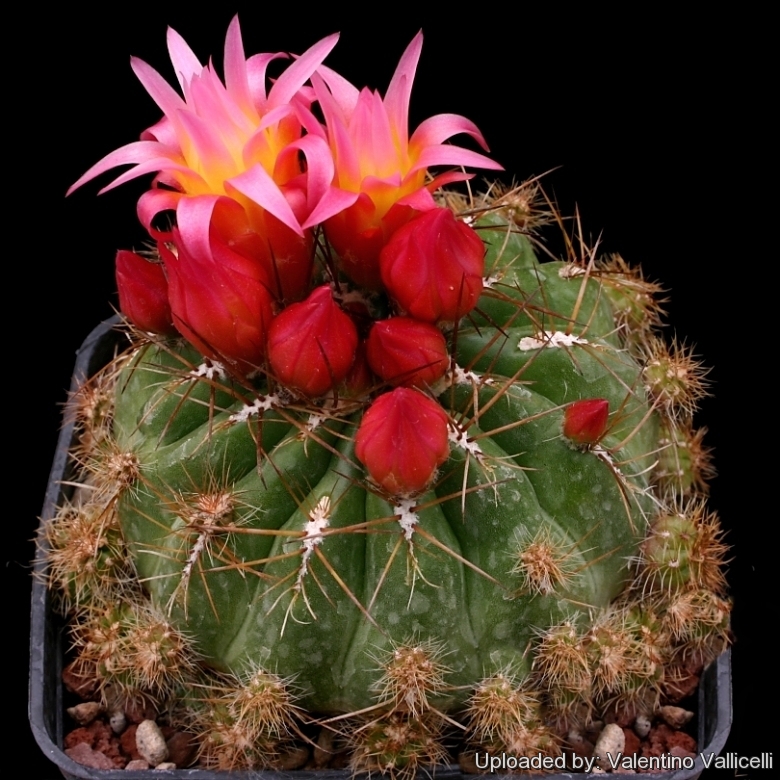 Oroya peruviana caespitosa (Oroya peruviana var. minima) Photo by: Valentino Vallicelli
The flowers are small pink with a yellowish centres, in dense clusters at the plant apex and open in the summer.

Origin and Habitat: The var. "minima" (caespitosa) is a name that has appeared in some lists of seeds, but is not validly recognized by botanists.

Description: Oroya peruviana is a very variable species, with a (usually) solitary slow-growing flattened stem, that eventually becomes shortly columnar, up to 20 cm in diameter, 30 cm tall.
On the contrary the var. minima offsets strongly in almost on each basal node of the stem on top of the ribs, with even small heads covered with numerous pups reaching only 2-5 cm across. In age forms clump up to 15 cm in diameter with up to 100 heads (or more), and generally the single heads stay smaller than the type. The spines are more or less pectinated, and range in colour from pale yellow to brown. They are relatively long, and widely spaced.
The flowers are small and pink with yellowish centres, in dense clusters at the plant apexes and open in the summer, sometimes in a ring.. They are followed by red, hollow berries. 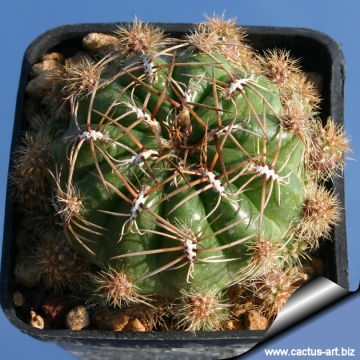 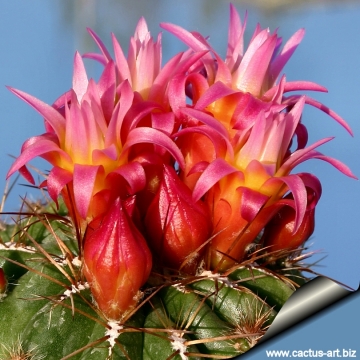 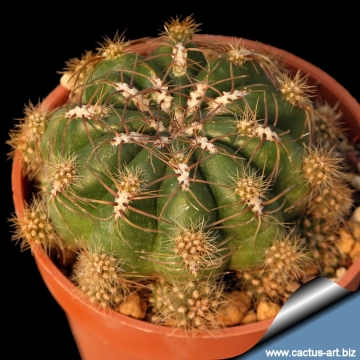 Cultivation and Propagation: It is a summer grower species that offers no cultivation difficulties. Water regularly in summer (but do not overwater ) keep dry in winter. Feed with a high potassium fertilizer in summer. Repot yearly until reaching about 100 mm in size, then every two or three years will suffice. Repotting is best done at the end of winter but can be done at other times. Do not water for a couple of weeks after repotting to reduce risk of root rot via broken roots. Repotting will increase size of stems. This species needs a minimum temperature of 5° C. It will form ugly scars if exposed to too much cold, but it can survive a minimum temperature of – 7°C. Need a bright exposure, full sun or half shade in summer.
Propagation: Seed, grafting, cutting.