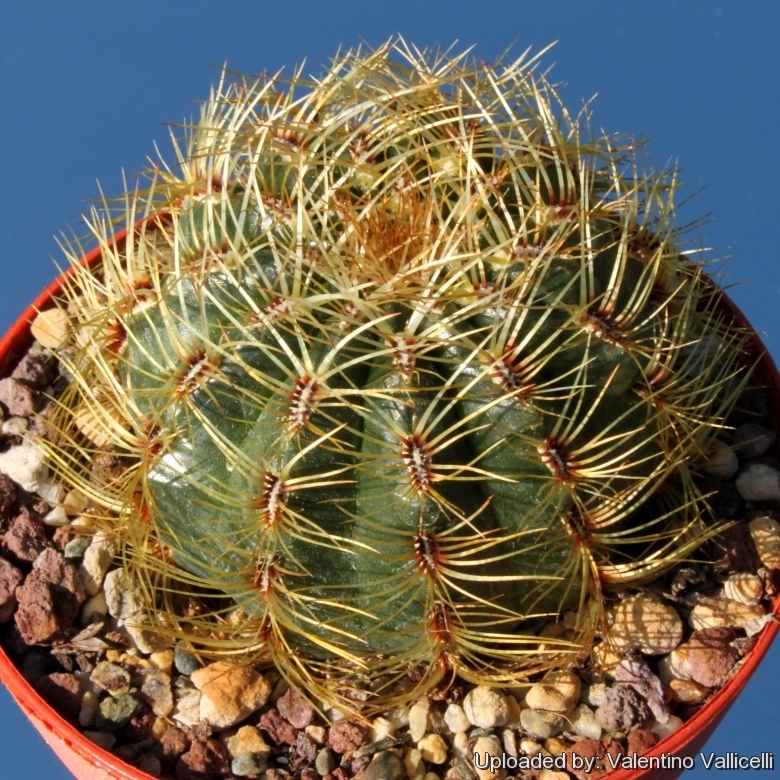 Description: Oroya peruviana is a variable species with (usually) solitary slow-growing flattened stem, that eventually becomes shortly columnar. up to 20 cm in diameter, 30 cm tall. The spines are also variable, more or less pectinated and range in colour from pale yellow to brown.
The flowers are small pink with a yellowish centres, in dense clusters at the plant apexes and open in the summer, sometimes in a ring.. They are followed by red, hollow berries.
The so called forma "neoperuviana" is up to about 40 cm. tall and 25 cm. wide, with 24-40 ribs, the spines are pectinated, yellowish to straw-yellow. The flowers are produced in a ring around the crown of the plant in spring, they are orange-red.
Remarks: Oroyas grow, as the Oreocereus do, in the high mountains of the Andes. The globular bodies often sit deep in the ground. The spines are very varied in form and color. 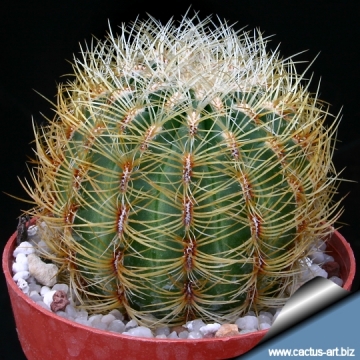 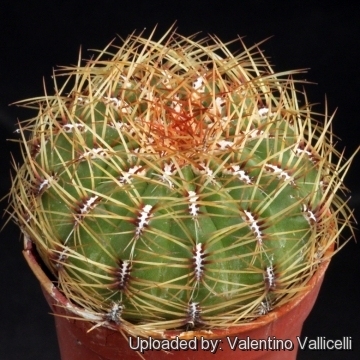 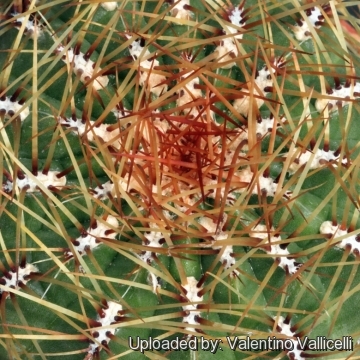