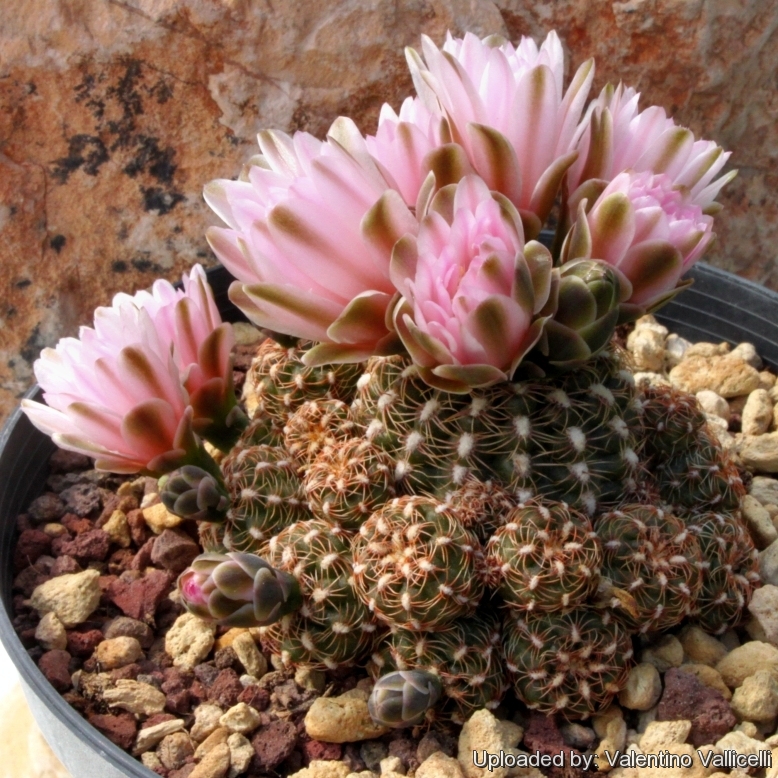 Description: Gymnocalycium bruchii f. prolifera is a cultivated selected strain that branches profusely around the base, and forms soon a very dense mound with dozen of tiny stems. It is one of the several forms of the very variable Gymnocalycium bruchii. This plant can look nearly identical to the other “bruchii”, but with more clustered habit. All the other characteristics clearly show that they are congeneric, namely size and form of tubercles, number, size and form of spines, flowers and fruits.
Stems: Flattened, blue-green, thick growing up to 4 cm in diameter, 6 cm long.
Spines: White bristly, straight or curved
Flowers: Bell to funnel-shaped, 6 cm wide, with an unusual shade of lavender-white in early spring, followed by green fruits.
Remarks: This slow-growing plant will eventually form clusters up to 15 cm across. 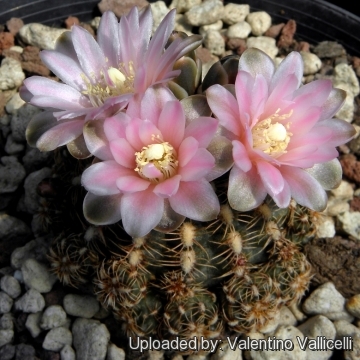 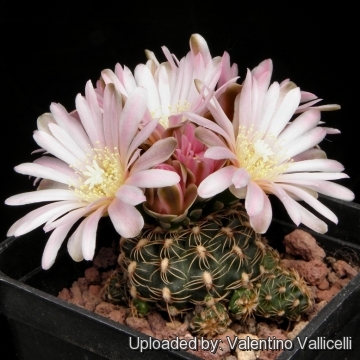 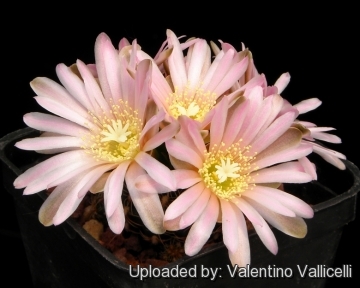 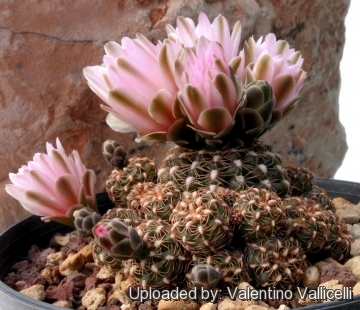