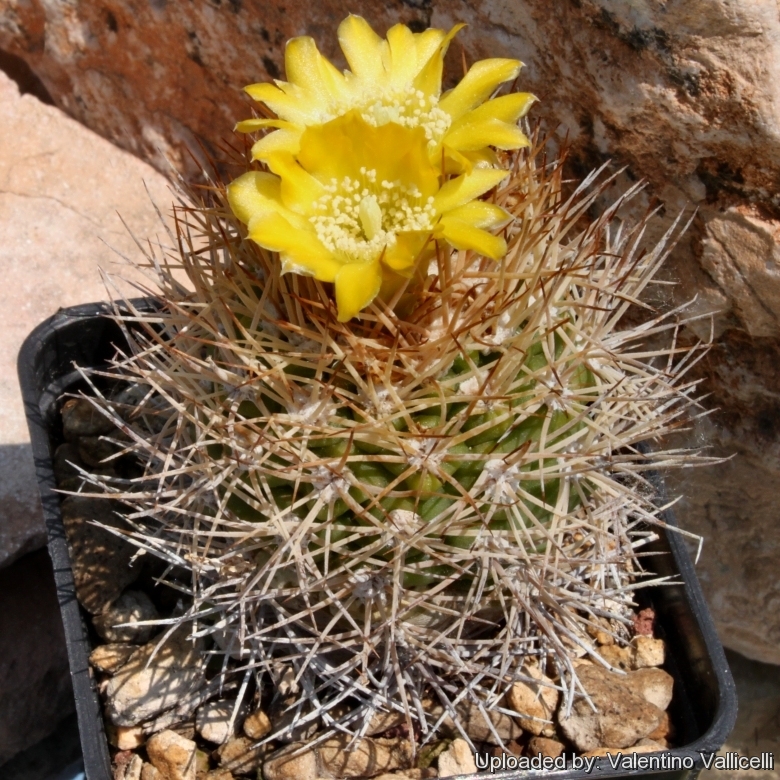 Description: Rebutia fidaiana ssp. cintiensis (TL: North of Cinti in Bolivia, field number KK772), much better known as Weingartia cintiensis, is a local or morphological form of Rebutia fidaiana. This is a very spiny subspecies that was discovered by W. Rausch and described by Cárdenas in 1958. It has 13 to 14 spines which are very similar in size, shape and length so they are hardly distinguishable as central and radial spines.
Habit: It is a very spiny cactus. It branches freely and forms clumps with elongated stems.
Stem: Up to 30 cm tall and 15 cm in width, spherical to to short cylindrical, yellowish-green to grey-green.
Ribs: Completely divided into round spiralling tubercles.
Areoles: Roundish, yellowish or creamy white and quite large.
Spines 13-14 up to 5 cm long, very dense, acicular, straight, needle-shaped, spreading, interlacing and almost completely covering the stem, not easily distinguishable as centrals and radials variable in colour from greyish, straw to pale-brownish.
Flowers: 3 cm long yellow. They are produced especially in a ring near the very tips of the stems.
Blooming season: The flowers are produced in early summer and remain open for five or six days.
Fruit: Spherical to elongate, small tannish-brown.
Roots: Large, tuberose connected to the plants stem with a constricted neck.

Subspecies, varieties, forms and cultivars of plants belonging to the Rebutia fidaiana group

Notes: All the 60 species of genus Weingartia have been transferred to synonymy status under the genus Rebutia; about 45 or so of them as synonyms of two species, Rebutia canigueralii and Rebutia neocumingii. The genus Weingatia was always considered difficult to differentiate from Gymnocalycium, Neowerdermanniana, and Sulcorebutia and its name has had a very eventful history which evidently continues in controversy today. 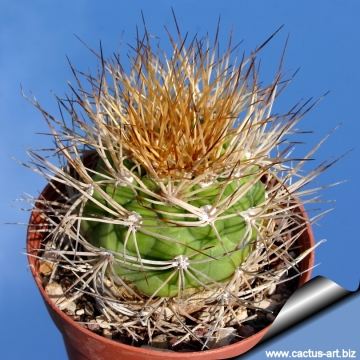 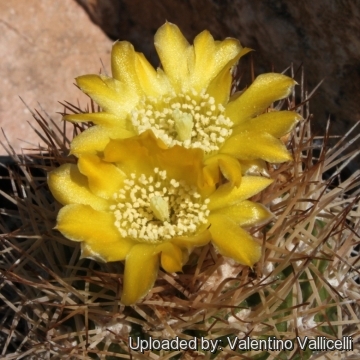 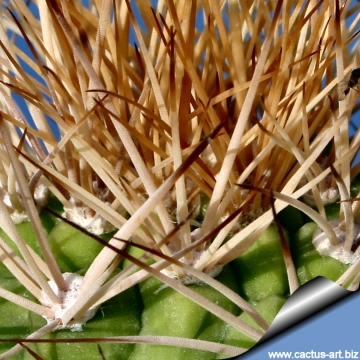 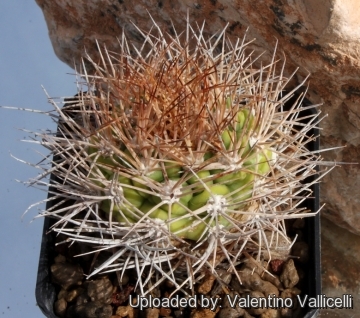 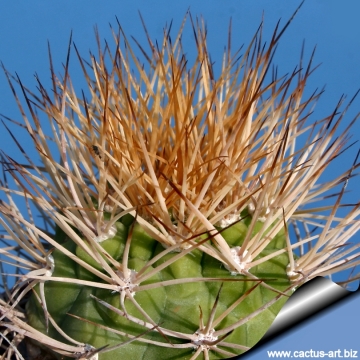 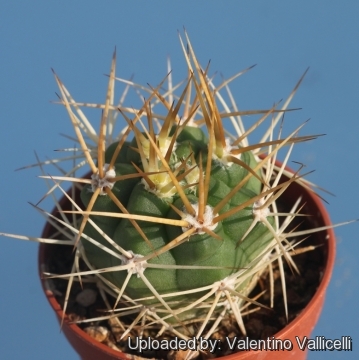 Cultivation and Propagation: Full sun to light shade, Water regularly in summer but do not overwater. Keep dry or slightly moist in winter at a minimum temperature of 5°C (But Hardy to -4°C or less). This mountain cactus - because of the elongated fat taproot - necessitate deep pots and a well drained mineral potting mix. It is better that they are repotted regularly. Repotting will increase size of stems and the number of flowers produced. Repot yearly until reaching about 100 mm in size, then every two or three years will suffice. Repotting is best done at the end of winter but can be done at other times. Do not water for a couple of weeks after repotting to reduce risk of root rot via broken roots. Need a sufficient amount of air.
Pest & diseases: Keep their roots free of mealy bugs, as fungal attack often occurs as a result of damage to stems by insects. A layer of grit on the surface of the compost prevents moisture from accumulating around the base of the stems and minimise the chance of fungal attack on the roots.
Propagation: Usually by seeds, but also offsets (seldom available), and grafting . Grafted plants in culture are most common and sprout easily. But it is also feasible to root them but they grow much slower on their own roots and takes various years prior to they bloom.