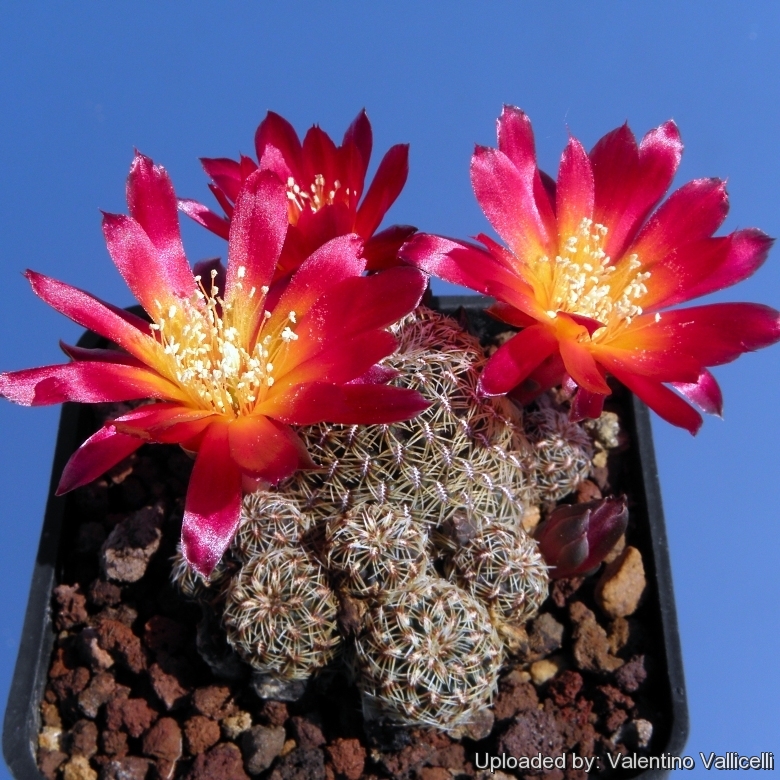 Rebutia canigueralii Photo by: Valentino Vallicelli
It is small headed low growing clumping species with mostly bicoloured flowers orange, red or purple with a yellow throat, but the amount of red vs. yellow varies widely. 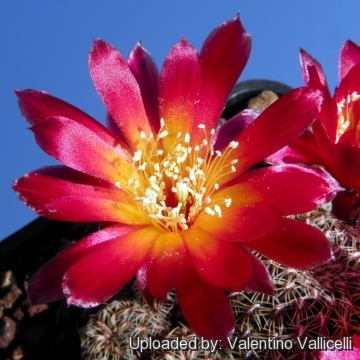 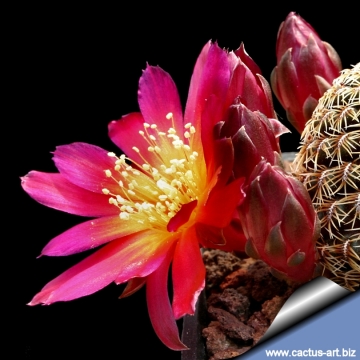 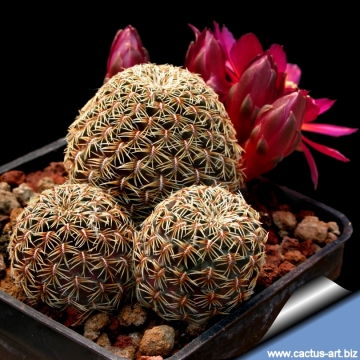 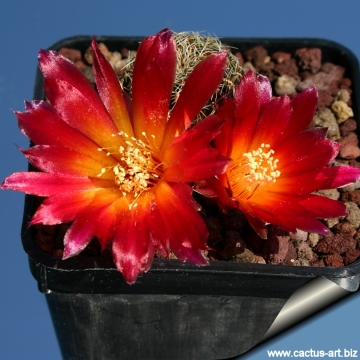 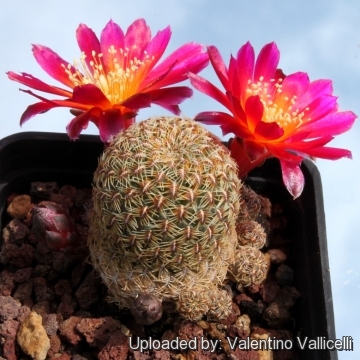