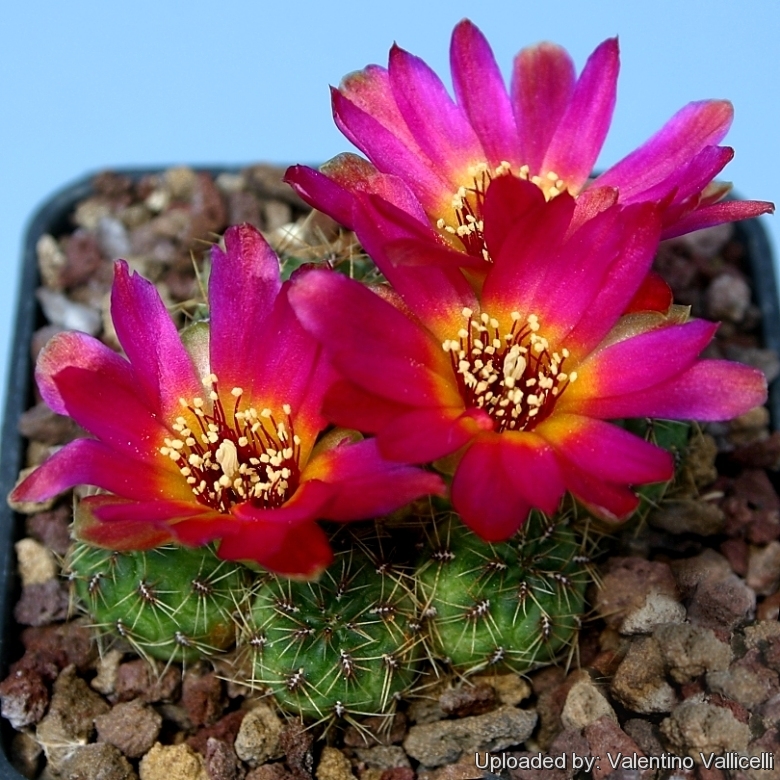 Description: Rebutia canigueralii var. callecallensis is one of the innumerable local form of the very variable Rebutia canigueralii with tiny clustering stems short, pectinate adpressed, bright spines and outstanding bicoloured yellow-red blooms.
Habit: It is a low-growing clustering cactus that may forms clumps of many heads, in habitat the plant retract almost completely below soil level during time of drought .
Stem: Rapidly offsetting from the base, very small, typically light-green or (rarely) dark purple. A characteristic of this species is that the offsets develop roots while still attached to the mother. Individual stems 1-2 cm talland in diameter (or a little more in cultivation).
Ribs: With slightly raised tubercles (about 3-4 mm wide) . In older plants tubercles are arranged in up to 8-13 spiral line merging in the apex.
Areoles: 2-3 mm long, narrow with short white felt.
Roots: Conical.
Radial spines: 11 to 14, fine, bristly, 1,5-2 (or more) mm long tight, pectinate, pointing diagonally and downward, that recurve and hug the tubercles so as not to be felt. Straw to amber with darker bases. Not interlaced.
Central spines: None.
Flowers: From the basal part of the stem, 20 - 50 mm long, 35 - 50 mm wide nearly all bi-coloured orange or red, with yellow throats, some with shimmering blue tips of the petals. Some of these flowers appear almost three-coloured, which of course makes them particularly attractive. However, there are small populations of plants with darker, reddish shaded epidermis with almost pure red flowers . Elsewhere, there are only yellow to yellow-orange-colored flowers or purple flowers with yellow throat, a combination of colours which is rarely seen in this manner from any other Sulcorebutia.
Phenology: Flowers are produced in late spring and remain open for three or four days.
Fruit: Dark brownish red approx 4-5 mm wide. 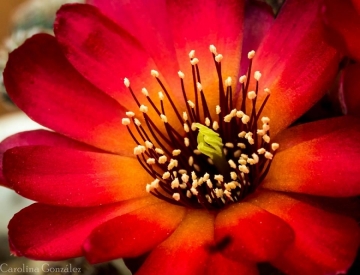 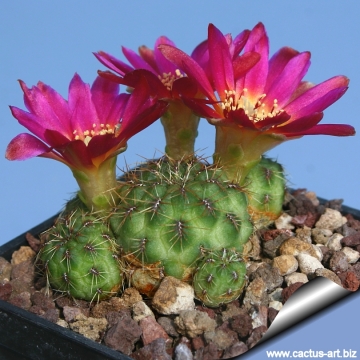 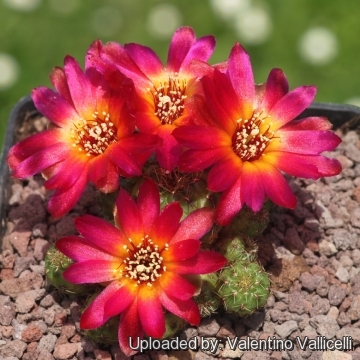 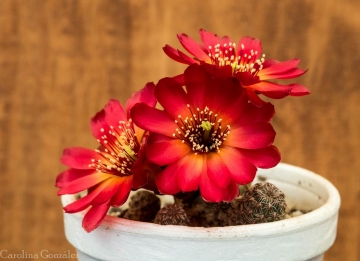 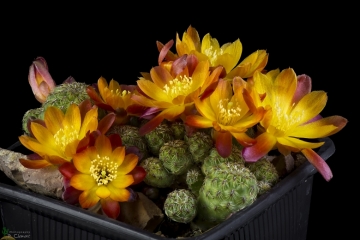 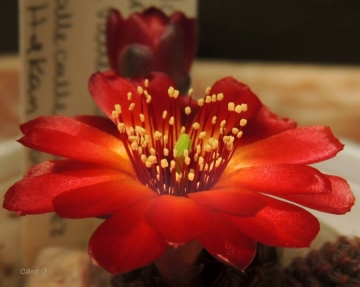 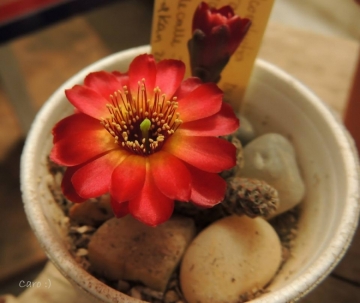 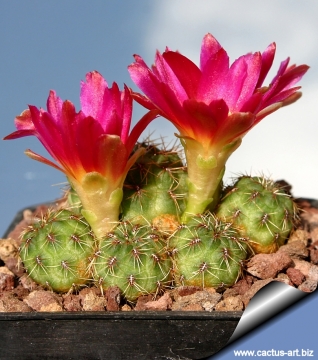