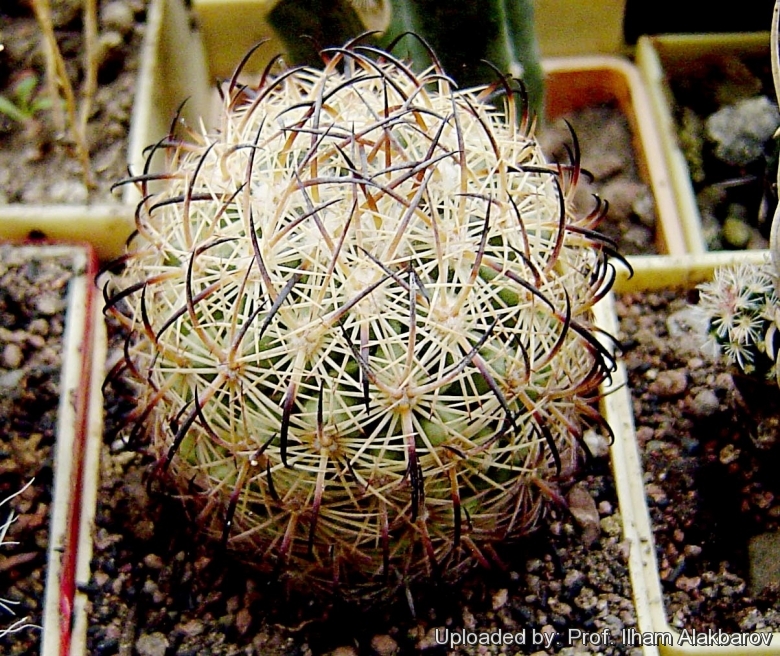 Description: Plants solitary with spines almost hiding the body, but quite variable, two varieties are commonly accepted, namely Echinomastus unguispinus v. unguispinus and Echinomastus unguispinus v. durangensis, while the rank of variety is generally not recognized to the forms mapimiensis and laui.
Stem: Globular with a slightly flattened apex to short cylindrical 7-14 cm tall, 7-15 cm in diameter, gray-green or bluish green.
Ribs: 13-21(-25) strongly tuberculate.
Areoles: Slightly elongated without (or with very reduced) nectar glands.
Radial spines:15-30 white to yellowish to blue-gray with black apex, becoming gray with age, 15-33 mm long irregularly spreading, some interlacing.
Central spines: 3-9 (usually 4), stronger, acicular, white, pale yellow to brownish but with brown to black tips, the upper side is always darker than the bottom side, straight to curved,15-35 mm long, directed upwards, lower one robust, noticeably down-curved from near the base pointing outward and downward.
Flowers: Hardly gettig through the dense apical spines, funnelform, dirty yellowish-green but darkening as they ripen getting from green to reddish-brown, remaining erect up to 2.5 cm in diameter.
Blooming season: Early spring.
Fruit: 13-25 mm long, 8-12 mm wide, green to brown.
Seeds: 2 mm in diameter black. 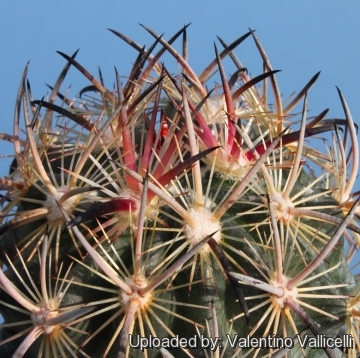 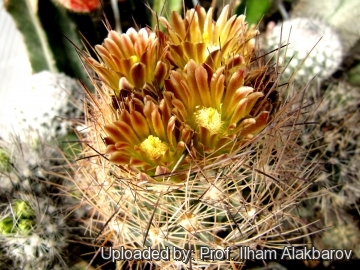 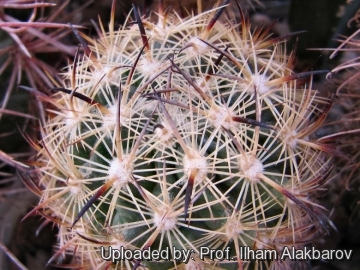 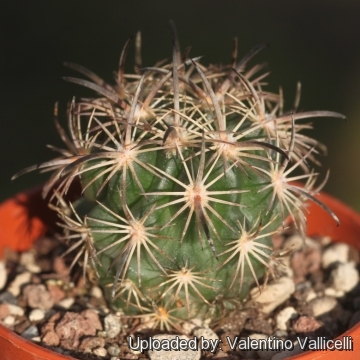 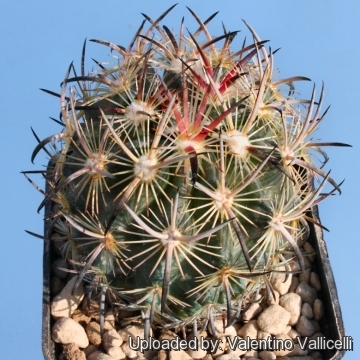