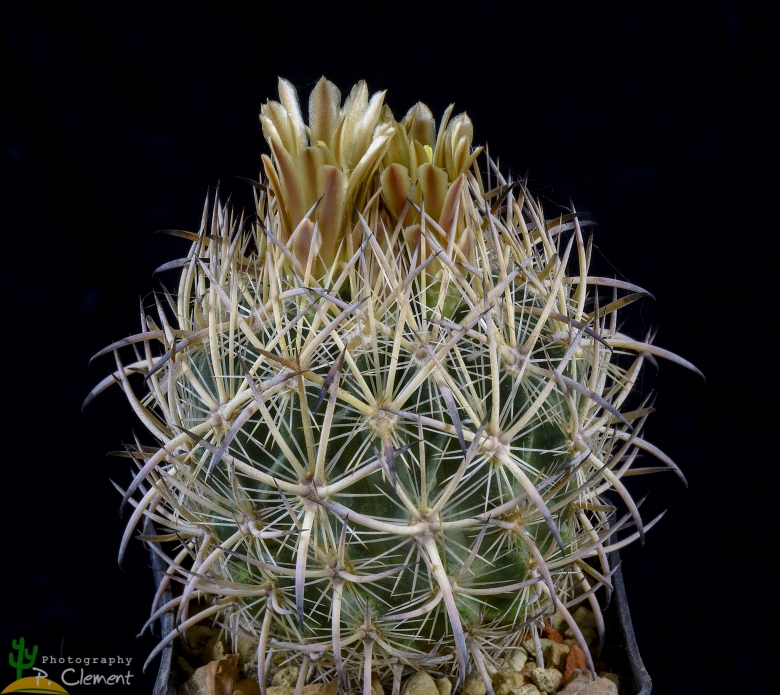 Description: Echinomastus unguispinus subs. laui , better known as Echinomastus laui is one of the geographical or morphological forms of Echinomastus unguispinus. Many of its geographical variant was early classified as different independent species, but nowadays all this plant are considered part of a multiform species, where each form is linked to others by populations of plants with intermediate characteristics. E. unguispinus subs. Laui does not appear to differ from typical E. unguispinus in any significant respect apart its heavier central spines and occupies the southernmost regione of the distribution range of the species.
Habit: Plants solitary with spines almost hiding the body.
Stem: Globular with a slightly flattened apex to short cylindrical 7-14 cm tall, 7-15 cm in diameter, gray-green or bluish green.
Ribs: 13-21(-25) strongly tuberculate.
Areoles: Slightly elongated without (or with very reduced) nectar glands.
Radial spines:15-30 white to yellowish to blue-gray with black apex, becoming gray with age, 15-33 mm long irregularly spreading, some interlacing.
Central spines: 3-9 (usually 4), stronger than in typical Echinomastus unguispinus, acicular, white, pale yellow to brownish but with brown to black tips, the upper side is always darker than the bottom side, straight to curved, up to 35 mm long, directed upwards, lower one robust, noticeably down-curved from near the base pointing outward and downward.
Flowers: Hardly gettig through the dense apical spines, funnelform, dirty yellowish-green but darkening as they ripen getting from green to reddish-brown, remaining erect up to 2.5 cm in diameter. 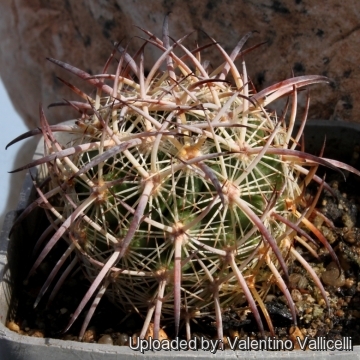 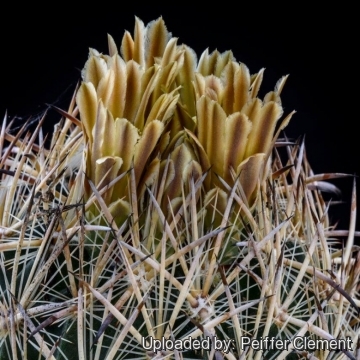 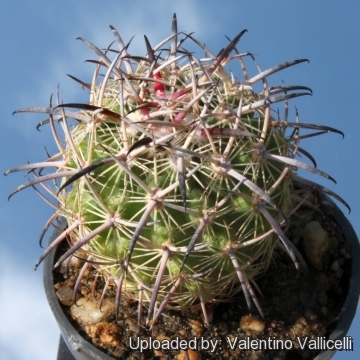 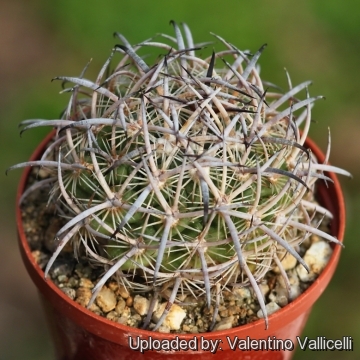 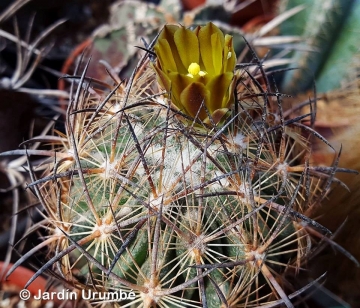 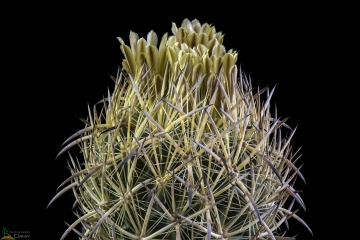 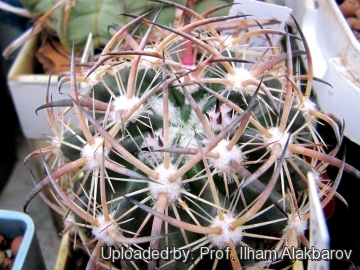 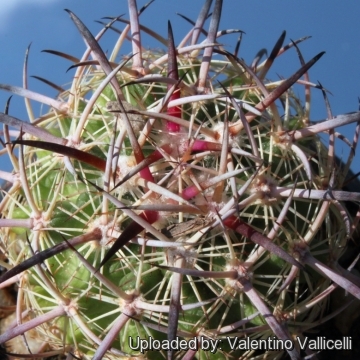