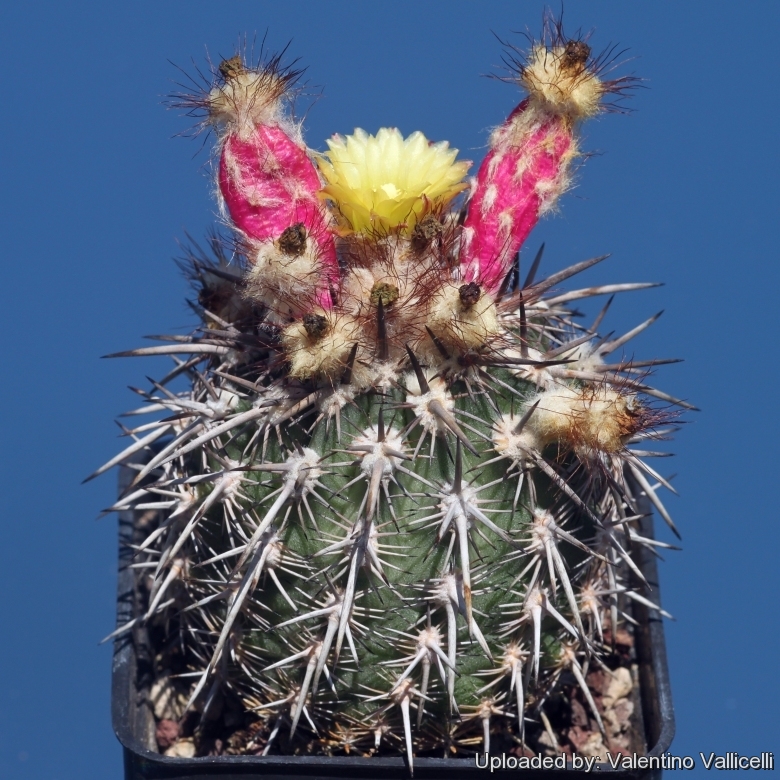 Origin and Habitat: Eriosyce islayensis (Sensu lato) is endemic to the northern Chile along the coast, to southern Peru (just south of Lima). The "krainziana" is the only Chilean population of "Islaya", located around Poconchile above Arica, very near the Peruvian border.
Habitat: It grows in a rainless desert, where only wet coastal fogs served to moisten the loose sand and dust superficially. The roots of these cacti are located immediately below the soil surface surface. Soil is usually without humus and gravel.

Description: Eriosyce islayensis, formerly known as Islaya islayensis, is a globose to cylindrical cactus with very woolly areoles and dark spreading spines, it is indeed very variable and has received many names, but it is clear from fieldworks that the different wild populations constitute a single but multiform species. Islaya krainziana has stronger somewhat columnar stems that can reach 75 cm high, and this size is rare in the genus Islaya. However Islaya krainziana is generally included within (as a synonym of) Eriosyce islayensis, suggesting that there is not really a fundamental difference between the two.
Stems: Cylindrical, dark grey-green, erect, 40-75 cm tall later prostrate, about 12 cm in diameter.
Ribs: 19 to 25 low and obtuse.
Areoles: Approximate, very woolly, with creamy-white to grey wool.
Roots: Fibrous.
Spines: Thick, dark reddish-brown to yellow in the centre changing to grey with age, but shading to grey-black towards their tips.
Central spines: 2 to 7 spreading, thick, 12-16 mm long.
Radial spines: 12 to 18, shorter, radiating, (1-)6-10 mm long.
Flowers: Diurnal, about 3 cm long and in diameter, born on younger areoles from a yellowish woolly crown in summer, wide funnelform, yellow, outer perianth segments often reddish, floral tube short with tufts of dense wool and long reddish bristles.
Fruits: Characteristic, up to 5 cm long, club shaped, balloon-like, pinkish to red, openings at maturity by basal pores. Pericarp initially fleshy but the interior always dry when mature.
Seeds: Broadly oval. 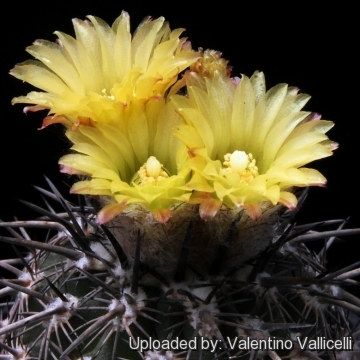 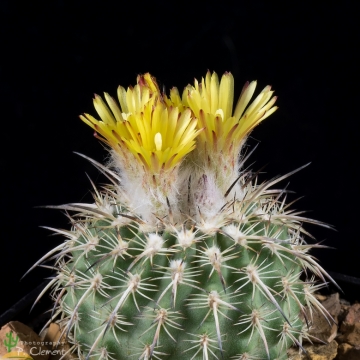 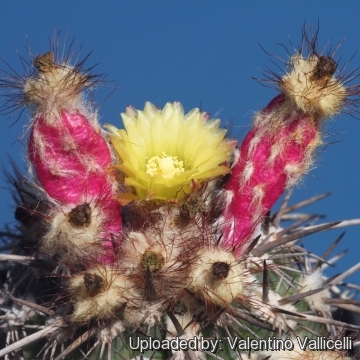 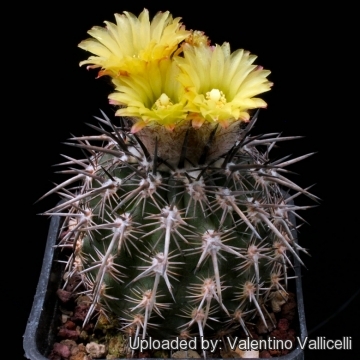 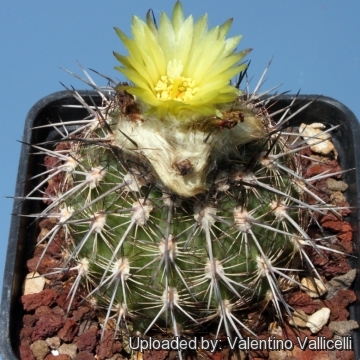 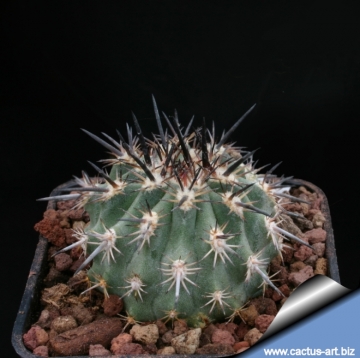 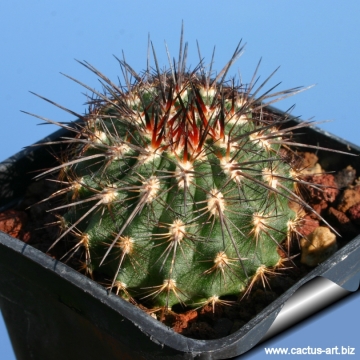 Islaya krainziana Photo by: Cactus Art
Send a photo of this plant.