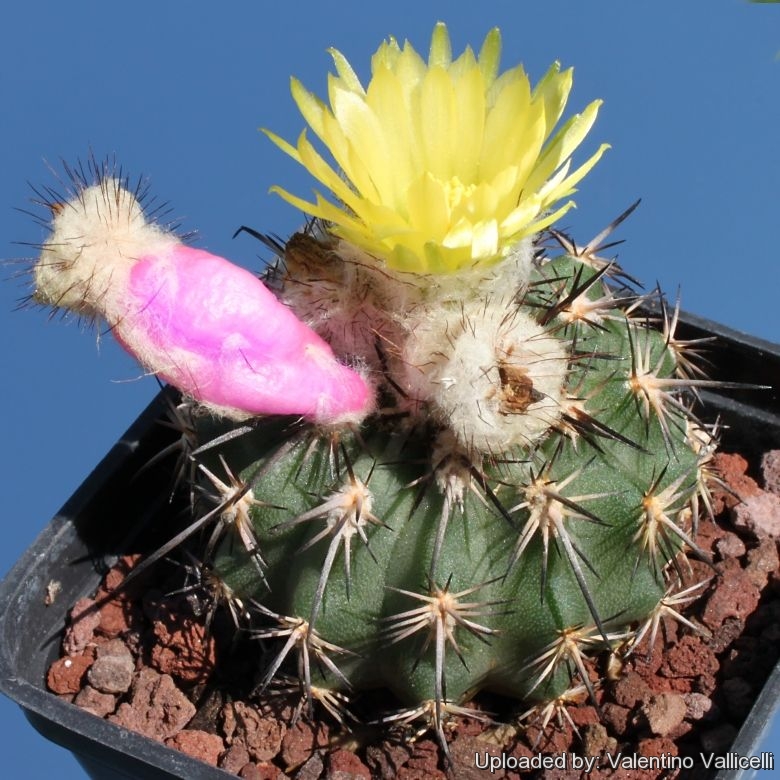 Origin and Habitat: Eriosyce islayensis (Sensu lato) is endemic to the northern Chile along the coast, to southern Peru (just south of Lima).
Habitat: It grows in very dry desert areas where it almost never rains and where only the occasional sea fog drift inland.

Description: It is a small globose to cylindrical cactus with very woolly areoles and dark spreading spines, it is indeed very variable and has received many names, but it is clear from fieldworks that the different wild populations constitute a single but multiform species. The var. lindleyi has fewer spines.
Stems: Grey-green, 5 to 40 cm tall (or more long), 5 to 20 cm in diameter.
Ribs: 19 to 25 low and obtuse.
Areoles: Approximate, very woolly, with grey-brown felt
Roots: Fibrous.
Spines: Variable in colour, horn-coloured with brow to shiny black tips, turning grey as they age.
Central spines: 4 to 7 spreading, thick, 12-16 (or more) mm long.
Radial spines: 12 to 22, shorter but stout, radiating, 6-10 mm long.
Flowers: Diurnal, 1,5-2 cm long and in diameter, born on younger areoles from a yellowish woolly crown in summer, wide funnelform, yellow, outer perianth segments often reddish, floral tube short with tufts of dense wool and long reddish bristles.
Fruits: Characteristic, up to 5 cm long, club shaped, balloon-like, pinkish to red, openings at maturity by basal pores. Pericarp initially fleshy but the interior always dry when mature.
Seeds: Broadly oval. 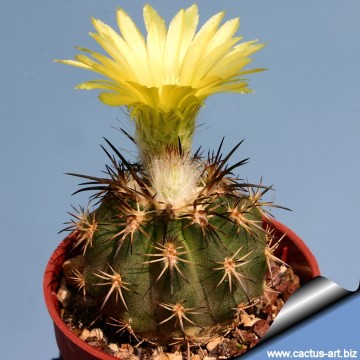 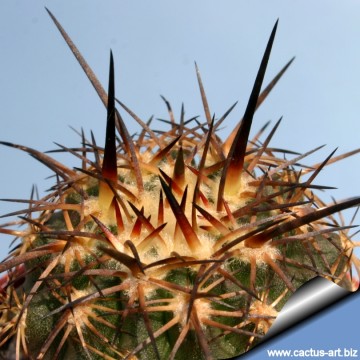 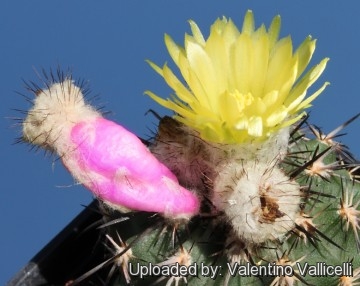 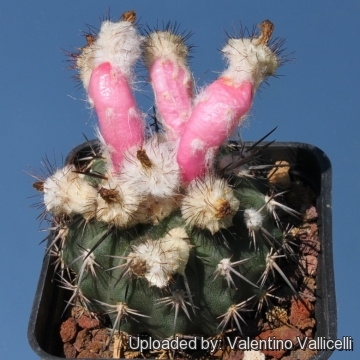 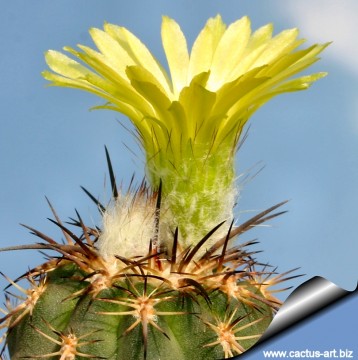 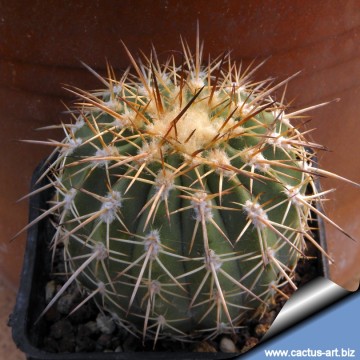 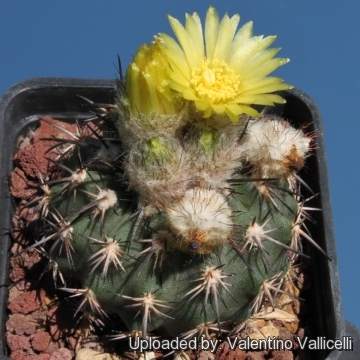 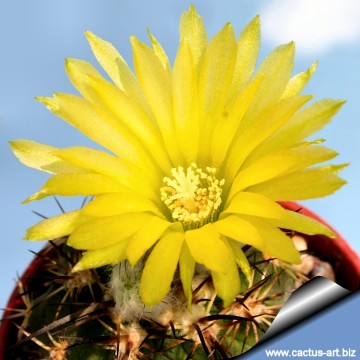