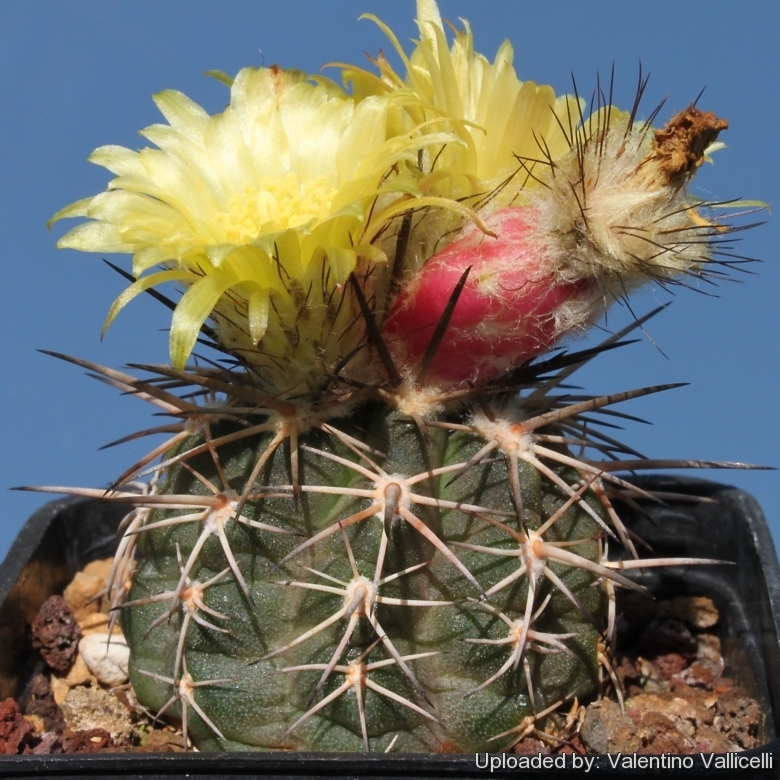 Description: Eriosyce islayensis, formerly known as Islaya islayensis, is a small cactus with very woolly areoles end dark spreading spines, it is indeed very variable and has received many names, but it is clear from fieldworks that the different wild populations constitute a single but multiform species. Islaya copiapoides var. chalaensis has few but very strong spines, but similar individuals with few and strong spines can be found in other populations too, and also two plants of the same population can have different spine patterns.
Islaya copiapoides var. chalaensis, is generally included within (as a synonym of) Eriosyce islayensis, suggesting that there is not really a fundamental difference between the two.
Stems: Initially globular, but slightly elongated to shortly cylindrical with age, grey-green, 5 to 15 cm tall, 5-10 cm in diameter. Apex densely woolly.
Ribs: 19-22 low and obtuse and more or less tuberculate.
Areoles: Approximate, large, conspicuously woolly, with creamy-white to grey-brown felt.
Roots: Fibrous.
Spines: Variable in size and in colour whitish with reddish tips, changing to grey with age.
Central spines: 1-3 spreading and markedly directed downward, thick, about 20 mm long.
Radial spines: About 20, shorter, radiating, 7-10 mm long, but sometimes less than 3 mm long.
Flowers: Diurnal, wide funnelform, yellow 1,5-2,5 cm long and in diameter (up to 4 cm in the variant known as grandiflora), born on younger areoles from a yellowish woolly crown in summer. Pericarpel and floral tube short scaly. Scales with tufts of dense wool and long reddish bristles. Petals yellow, sepaloids often orange or reddish. Style yellow.
Fruits: Characteristic, up to 5 cm long, club shaped, balloon-like, pinkish to red, when mature inflated, openings by basal pores. Pericarp initially fleshy but the interior always dry when mature.
Seeds: Broadly oval. 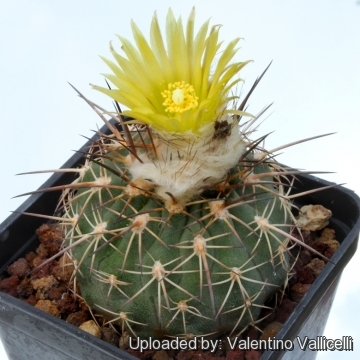 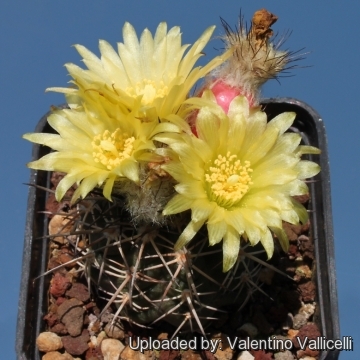 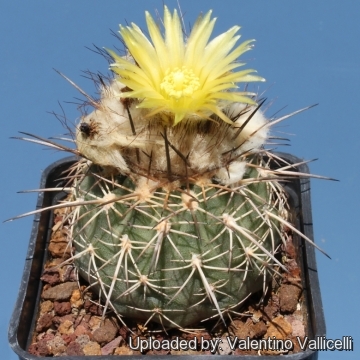 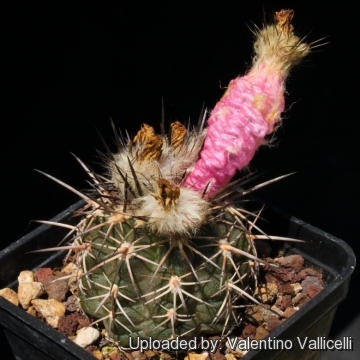 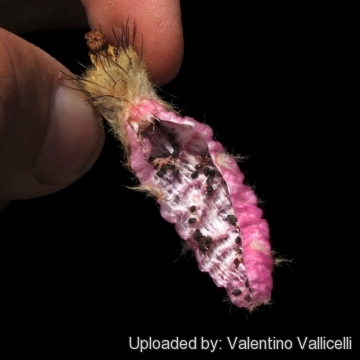 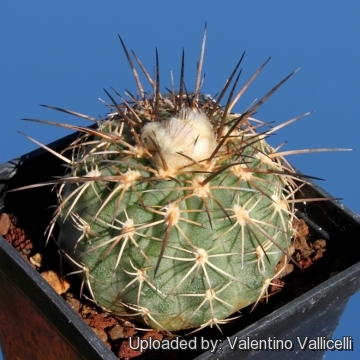