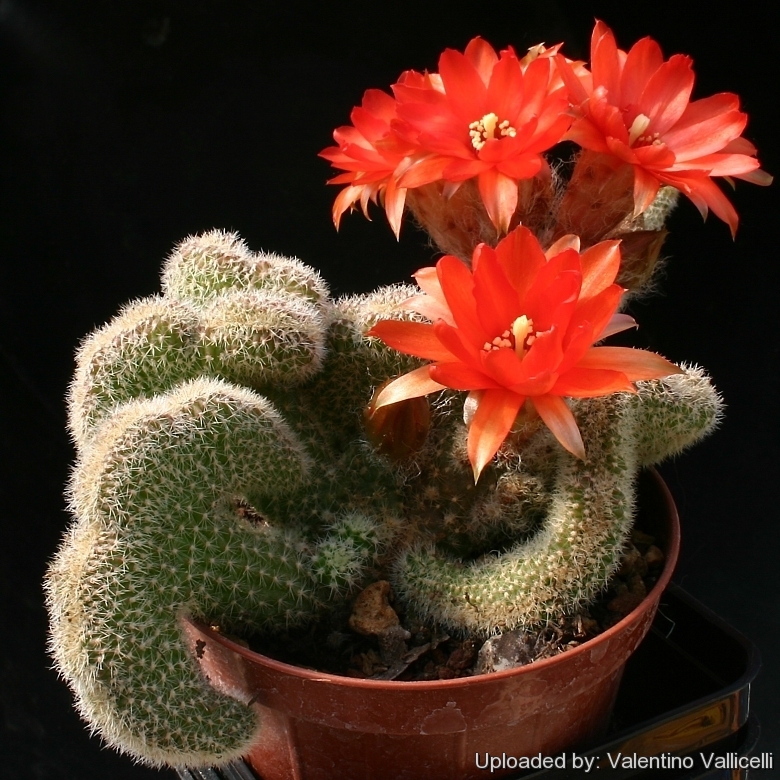 Description: The standard Echinopsis chamaecereus a.k.a. the "Peanut Cactus" is a mat forming succulent with many crowded finger-like stems. Established plants can reach a height of 15 cm and width of 30 or more centimetres.
The crested form is much rare than the normal plant, and is particularly sought after for its white glassy cover of spines. Also this crest stay quite small, making a fascinating specimen. However these crested plant sometimes throws off normal stems that produce flowers, while the crested growth wont flower at all.
Stems: Pale green, fun shaped inly 1-2 cm thick. The epidermis take a nice purple tinge during cooler winter rest periods.
Spines: 10 to 15 soft, white bristles, 2 mm long.
Flowers: Orange-red about 5 cm in diameter.
Blooming season: In several flushes in late spring and early summer. 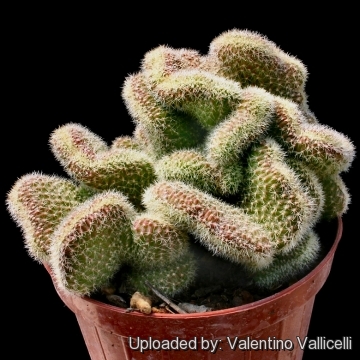 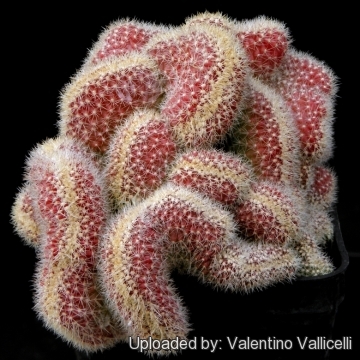 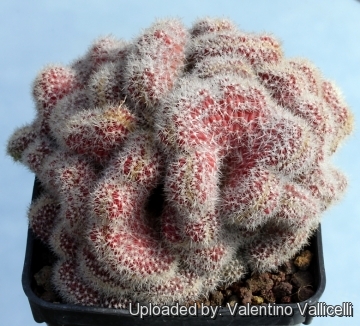 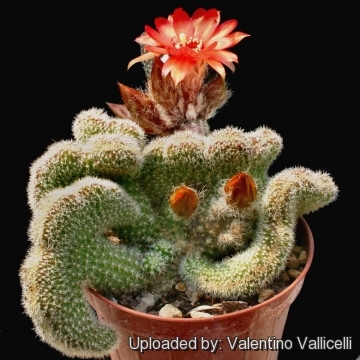 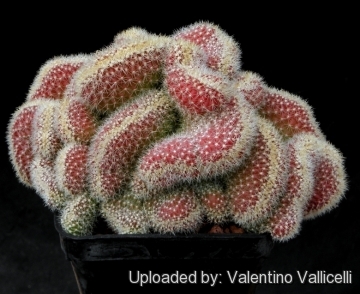 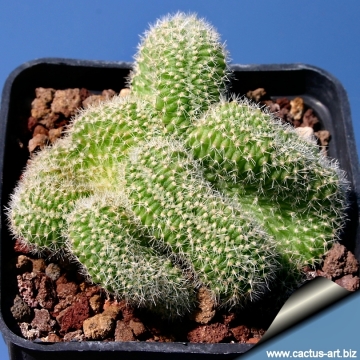