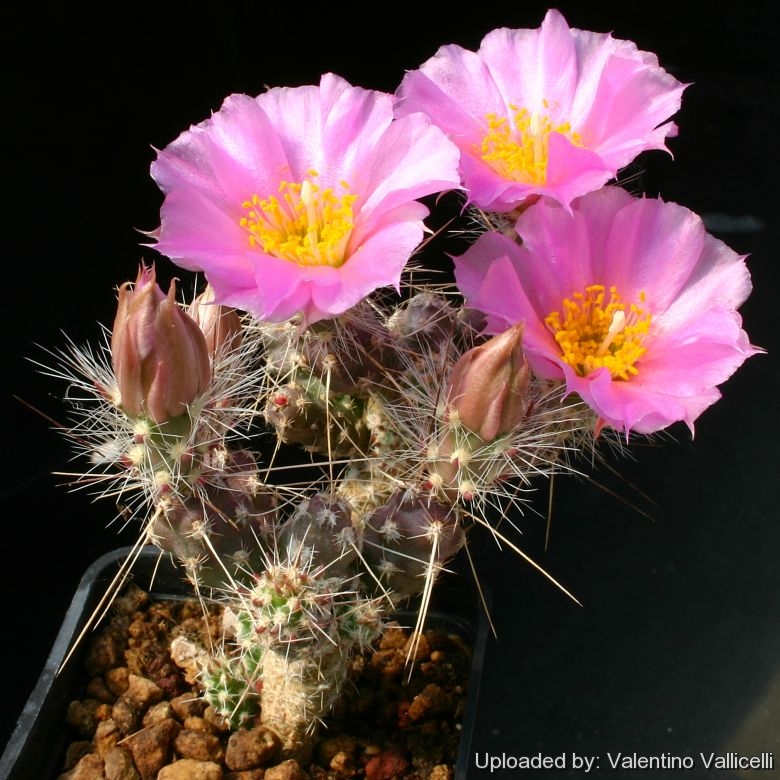 Description: Attractive mini Opuntia, forming low sub-erected shrubs more or less dense and large, spread cushions hiding a large tuber below ground.
Stem: Segmented. The segments are cylindrical to ellipsoid, clavate, 1-4(-10) × 0.5-1.2(-2.5) cm; tubercles purple tinged rather prominent, 5-9 mm;
Spines: 8-15 per areole, mostly in distal areoles at the tip of the stem, divergent to deflexed, red-brown or white, aging grey, somewhat flattened, with woolly areoles white to grey.
Flowers: rose to purple; 15-35 mm; filaments green to yellow; style purplish; stigma lobes white to yellowish. Flowering late spring (May-June).
Roots: The root system of young specimens is fibrous, but will slowly enlarge to form a corky caudex with short tuberose roots.
Fruits: Reddish obconic to ellipsoids, 15-30 × 8-12 mm smooth and juicy in a first time, becoming quickly dry.
Remarks: The Grusonia (Opuntia) pulchella group-complex is indeed quite variable and includes several controversial minor forms that have been named as separated species under the genus Micropuntia (Daston, 1946), i.e., Micropuntia barkleyana, M. brachyrhopalica, and M. spectatissima***.
This morphotypes ( "aberrant forms") is based upon absence of glochids (these, however, being deciduous in age along with the areoles), special spine types (This being highly variable in all populations and within the same population too), the small type produced after injury, disease or dehydration. And also because the blooms and fruit while they are still in juvenile stages, there is confusion. 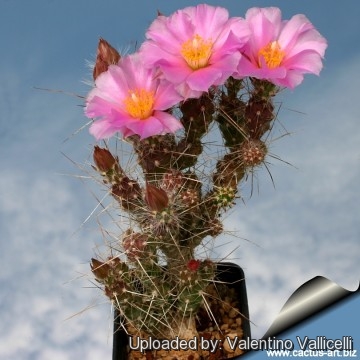 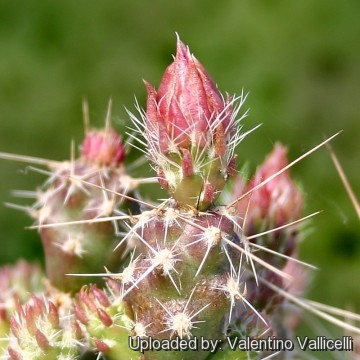 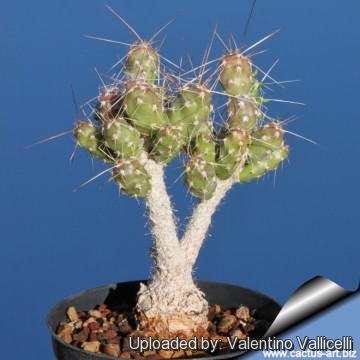 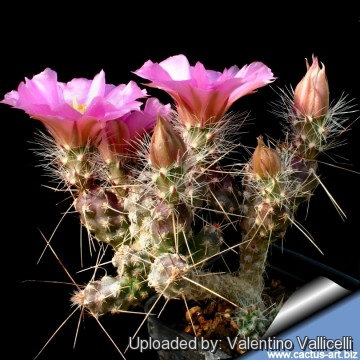