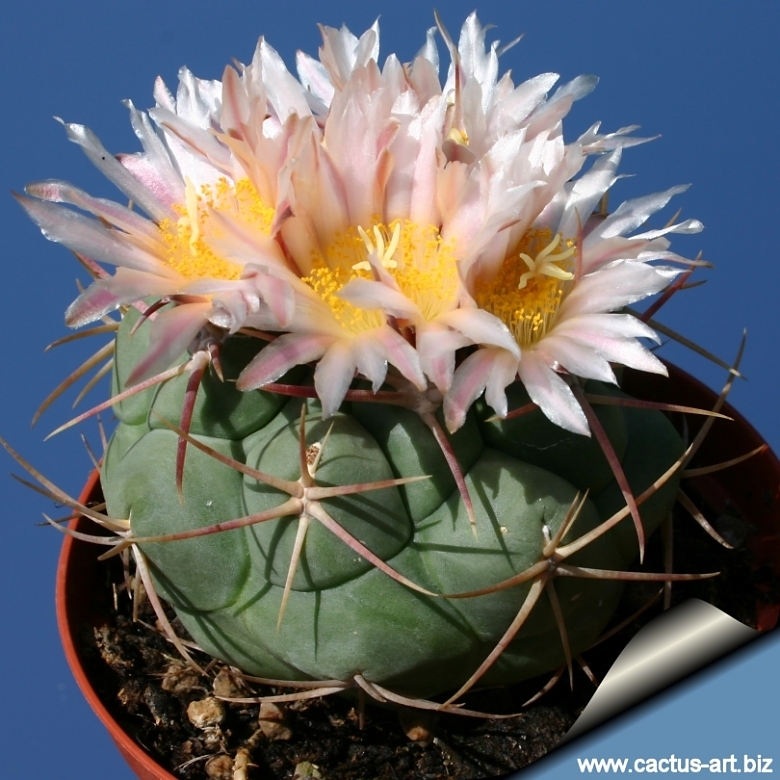 Description: Thelocactus hexaedrophorus is a solitary and quite variable cactus with flattened stems. Many local forms are known, often formally described, that differ in stem, spine or flower morphology. Because of the large variability of the species in the whole distribution area, none of these are recognised today.
Stem:Globose or somewhat flattened above or umbilicate, glaucous, olive-green, or greyish-green eventually tinged in pink or purple, 3-7,5 cm tall , 8-15(-20) in diameter (eventually grows a little taller in cultivation), strongly tubercled and not ribbed.
Ribs: 8-13 indistinct, but generally evident in adult plants.
Tubercles: Fat, prominent, polygonal-rounded (hexagonal or pentagonal based), arranged in indefinite spirals, not flattened laterally, sometime compressed at the tip, 8-20 mm long, 13-27 mm large.
Areoles: 4-13 mm long, 12-28 mm apart, on top of the tubercles, elongated into a short groove, without nectar secreting glands.
Spines: Usually strong and variable in length depending on the clone often difficult to distinguish as centrals and radials.
Radial spines: 4-6 (6-8 on subsp. lloydii), erect to spreading, unequal, (5-)11-18(-60) mm long, pure white, ochre, reddish to brown, rigid, straight or curved, acicular to subulate and annulate.
Central spines: Almost always absent or sometime 1(-3), erect, much stouter than the radials, 15-18(-30) mm long, ochre, pinkish-grey, reddish, purplish, brow to whitish acicular to subulate.
Flowers: Silvery-white or rarely pinkish with more or less magenta midribs, 4,5-5,5(-10) in diameter, broader than long when expanded . Tube very short. Pericarpel covered with scales. Perianth-segments oblong, purplish; stigma-lobes yellowish white.
Fruit: Spherical, with scales, green magenta, 7-12 mm becoming dry at maturity dehiscing by basal pores.
Seeds: 1,5-2 mm long and 1,2-1,5 broad, with testa reticulate, divided into polygonal or square areas. 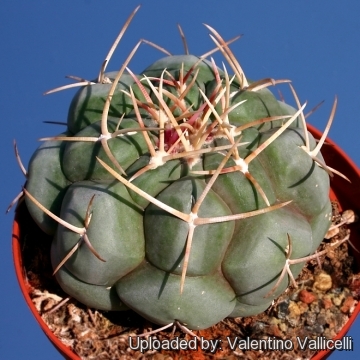 - is a roundly flat and glaucous-grey cactus, It has the best tubercles of an any of the Thelocactus, and is a must for any collection. Photo by: Valentino Vallicelli 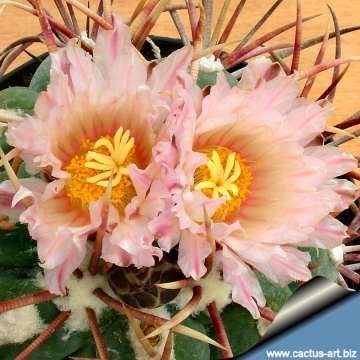 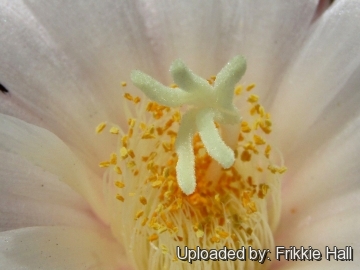 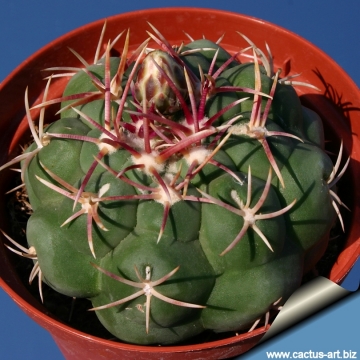 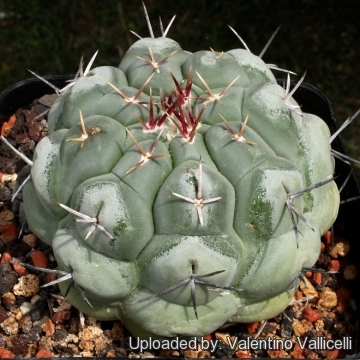 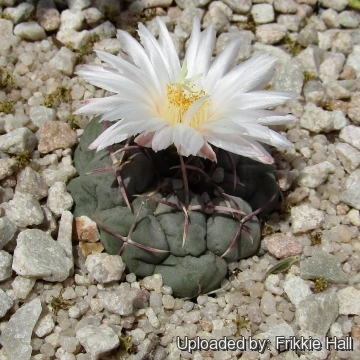