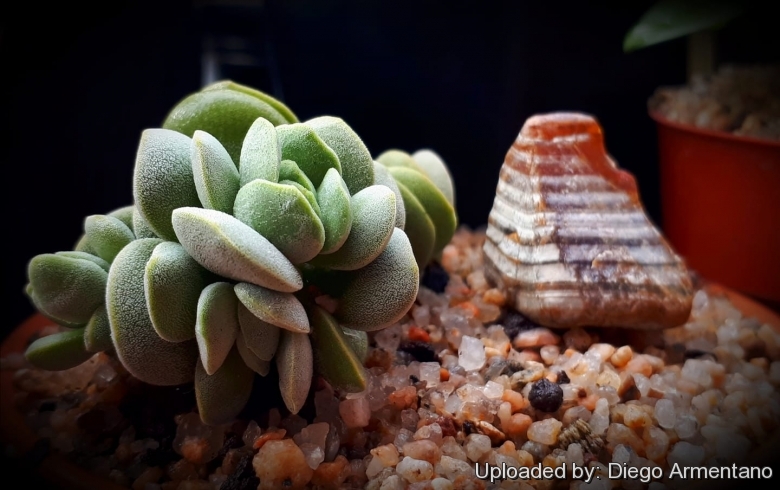 Origin and Habitat: Southern Namibia, Republic of South Africa (Northern Cape, Western mountains) on both sides of the Orange River. Crassula sericea var. velutina is knows from five subpopulations. A few more are likely in unexplored, inaccessible mountains within the range of this taxon.
Habitat and ecology: Succulent Karoo. This species is rarely found in rock crevices on quartzite outcrops, mainly on the southern or south-western aspect on high peaks. It is s restricted to high-altitude rock crevices, therefore unlikely to be threatened. It flowers from winter to early spring (September – November).

Subspecies, varieties, forms and cultivars of plants belonging to the Crassula sericea group

Cultivation and Propagation: This species is grown from leaf cuttings during autumn. They can be planted in sand and kept moist, in a sunny or partially shaded region. Rooting is rapid and leaves will proliferate from their base. They can be planted out directly to the chosen container. It is best suited for summer-dry succulent gardens on shady rockeries. Outside of its habitat it should preferably be grown as a pot plant in a greenhouse under controlled conditions.