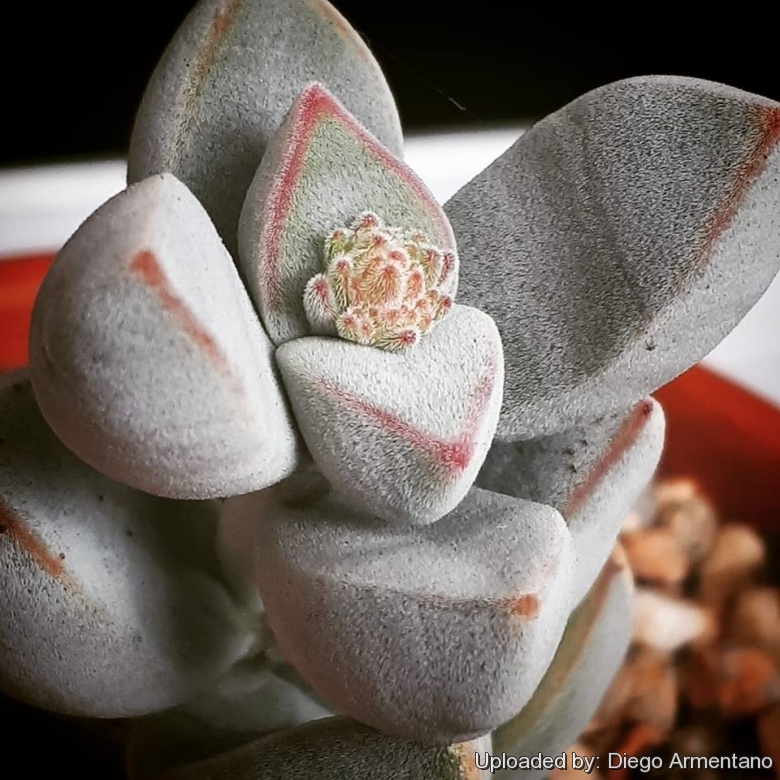 Origin and Habitat: Witputz in southern Namibia along coastal mountains to Komaggas in Namaqualand, and across Bushmanland (Northern Cape, South Africa).
Habitat and ecology: Crassula sericea grows in shallow, sandy soil on the edges of koppies and in rock crevices often under overhanging rocks, usually fully exposed to the blazing sun together with other cliff-dwelling succulent plants such as Tylecodon ellaphieae, Aloe meyeri, Bulbine pendens and Ornithogalum suaveolens. It is quite abundant, particularly in the western part of its range. Flowering time May – August.

Subspecies, varieties, forms and cultivars of plants belonging to the Crassula sericea group 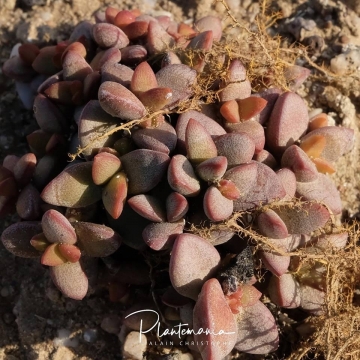 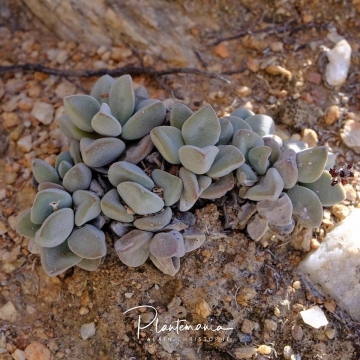 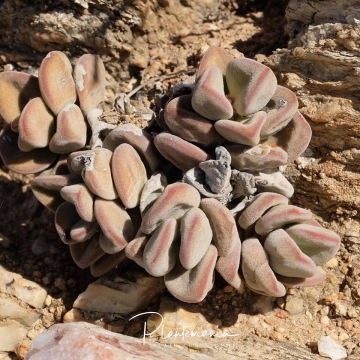 Crassula sericea in habitat. Photo by: © Plantemania
Send a photo of this plant.

Cultivation and Propagation: Crassula sericea is grown from leaf cuttings during autumn. They can be planted in sand and kept moist, in a sunny or partially shaded region. Rooting is rapid and leaves will proliferate from their base. They can be planted out directly to the chosen container. It is best suited for summer-dry succulent gardens on shady rockeries. Outside of its habitat it should preferably be grown as a pot plant in a greenhouse under controlled conditions.