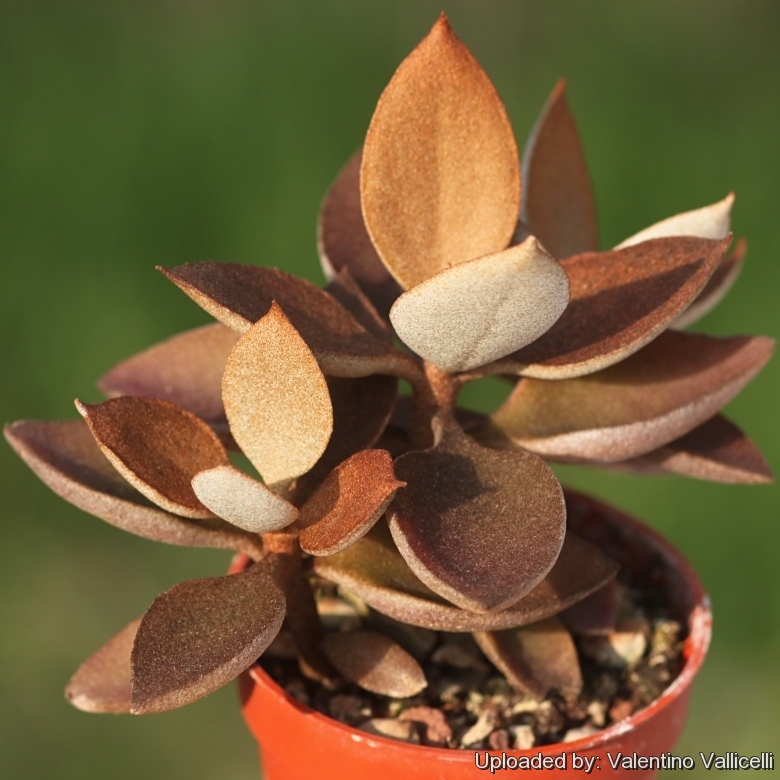 Origin and Habitat: Southern and southwestern Madagascar
Habitat: It grows among shrubs on rocky outcrops and dry soils. The habitat of Kalanchoe orgyalis is particularly rich in local endemics such as: Pachypodium gracilius, Pachypodium lamerei, Aloe isaloensis, Euphorbia milii, Ischnolepis tuberosa, Tetradenia fruticosa, Xerophyta dasylirioide, Ceropegia dimorpha and... many other.

Description: Kalanchoe orgyalis is slow growing, but it eventually forms a rather stately plant, noted for its bronze-coloured, fine sandpaper-like pubescence covering the leaves. In time, lower leaves fade to silver, creating a nice contrast with the newer coppery leaves. Because of the shape and colour of its leaves, Kalanchoe orgyalis is often known as Copper Spoons.
Habit: It is a stocky, sparsely branched, shrubby succulent 1-1,5 m high or taller with support but is more often seen as a smaller plant.
Stem: Erect, branched and vigorous. Young shoots are long haired.
Leaves: Stalked, oblong spatulate-ovate, elliptic or lanceolate, that fold upward from the middle, pointed at apex and narrowed at the base, 5-15 cm long and 3,5-10 cm wide, green, bronze or rusty brown, with a grey-green or silver colour on the underside. The upper side of the leaves is covered with a characteristic, felt-like, pubescence formed by minute star-shaped, cinnamon coloured, hairs that eventually age to the same colour as the lower surface. Petiole 5-15 mm long. Margin entire.
Inflorescence (Thyrsus): More or less dense, 45-100 cm tall.
Flowers: Bright yellow, erect or spreading in terminal clusters at the branch tips. Pedicel 5-15 mm long. Corolla urn-shaped, four-edged, very fleshy, yellow, glabrous or long haired. Segments, spreading ovate-triangular, with a thin pointed tip, 2.5-5 mm long and 3-6 mm wide. Tube almost circular to egg-shaped, fleshy, tapered and slightly constricted above, 3-5 mm long and 1-3 mm wide. Stamens attached above the middle of the tube and not protruding above the corolla. Anthers ovate and 1,5-2 mm long. Nectar-glands trapezoidal to semicircular about 1,5 mm long. Carpel 6-10 mm long, stylus 2-2,5 mm long.
Blooming season: Late winter to early spring.
Related species: It is closely related to Kalanchoe bracteata. 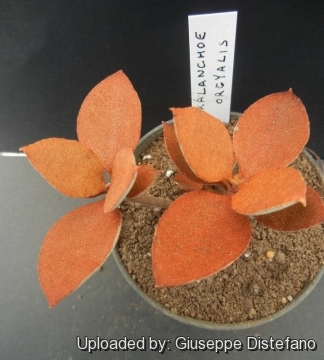 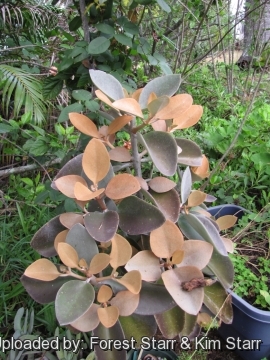 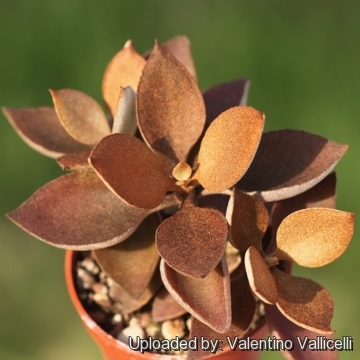 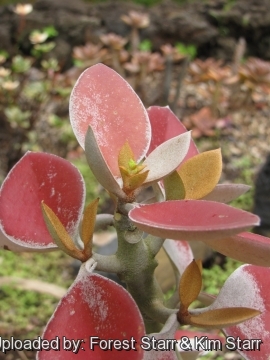 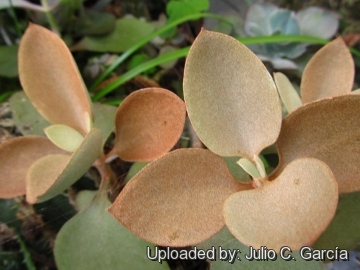 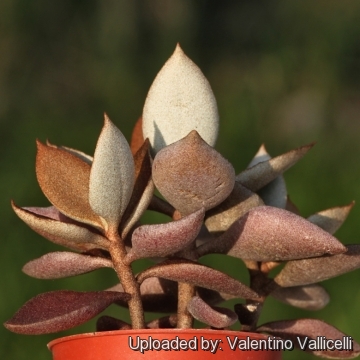 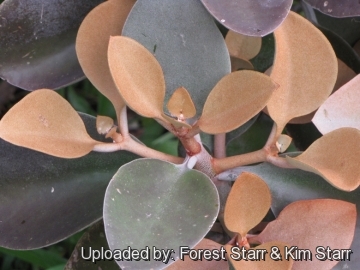 Cultivation and Propagation: Kalanchoe orgyalis is a popular plant among landscape designers because of attractive colours and texture of the plant. It is very easy to cultivate and makes an interesting plant in any collection and is rewarding. It is also easy to take care as indoor plant. Since it doesn't get very large it's an easy plant to move inside/outside.
Potting mix: They thrive in nutrient poor soils consisting of equal parts of loam and sand, with pumice or lava grit added to ensure good drainage.
Exposure: Plant in full sun along the coast to a light shade inland.
Watering: It needs moderate watering in autumn and spring while in summer it should be watered thoroughly and allowed to dry before watering again. In winter give only occasional watering (only when the plant starts shriveling), but it will generally grow even in winter if given water. These plants will survive on neglect. Over-watering is the most common cause of plant failure.
Frost resistance: Prefers warm temperatures, minimum winter temperature 5° C.
Uses: It makes a nice landscape plant in warmer climates because it does not require much maintenance. In colder climates, Kalanchoe orgyalis can be grown as outdoor pot plant in summer and a nice indoor accent plant in winter.
Propagation: It is propagated by removal of small offsets at the base of the main plant or by leaf and stem cuttings. It grows easily roots at the end of a leaf stalk which has fallen onto ground. New plants are ready within months.