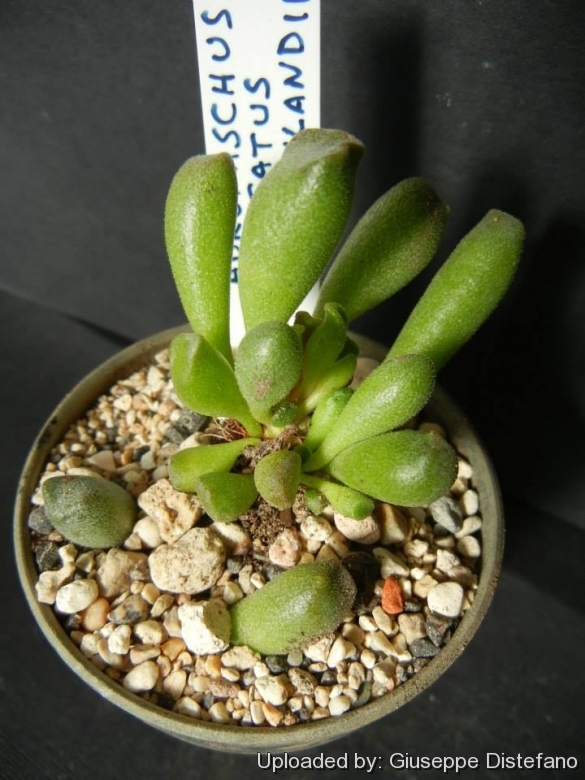 Origin and Habitat: Adromischus cristatus var. schonlandii (A. schonlandii) occurs in protected spots in the Langkloof and Baviaanskloof west of Humansdorp, Eastern Cape, South Africa. It is known from fewer than five subpopulations.
altitude: Around 250–500 metres above sea level
Habitat: It is a rare habitat specialist that grows on sheltered and shaded granite outcrops and on vertical quartzitic sandstone cliff faces in Albany Thicket and Succulent Karoo. Summers are hot and dry, the average daily maximum temperature is about 27°C and the average daily minimum temperature about 12°C. The winters are cooler but frost is a rarity or absent. Rainfall occurs mainly in summer and winter, about 400–500 mm per annum. Associated cliff dwellers include: Cyrtanthus flammosus, Aloe pictifolia, Cotyledon tomentosa, Crassula perforata subsp. kougaensis, Gasteria glomerata, Haworthia gracilis var. picturata, Haworthia viscosa, Othonna lobata and Plectranthus verticillatus. The species is not threatened due to the inaccessibility of its habitat.