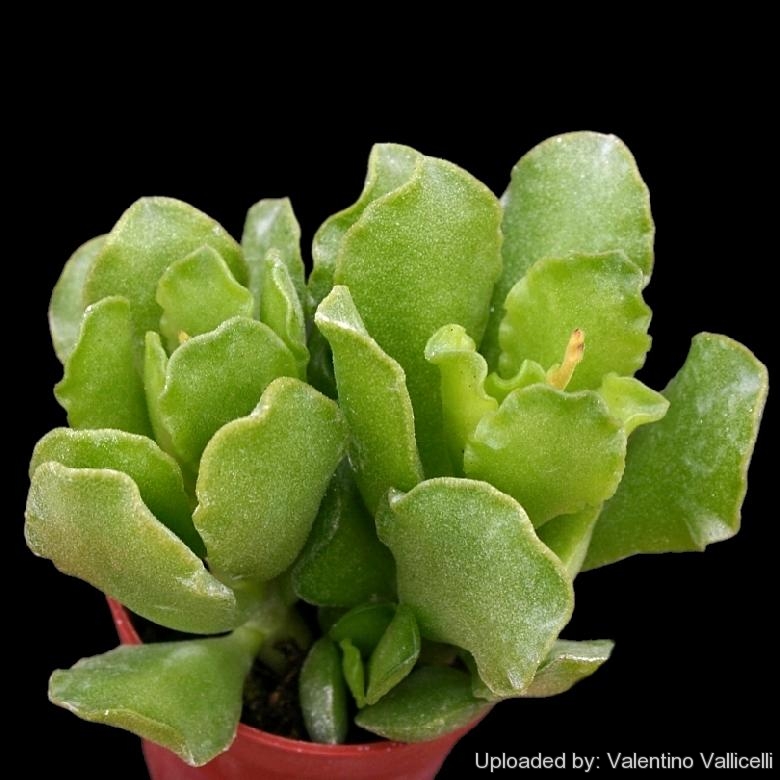 Origin and Habitat: Endemic from a small area in the Baviaanskloof (Table Mountain Group in the Eastern Cape). The old type locality is Kenko River.
Habitat: Grows in leaf litter on quartzitic sandstones in the shade of thicket vegetation on a steep slope (intergrading with the typical variety).

Description: Adromischus cristatus var. zeyheri is a dwarf succulent that forms groups of stems. The variety 'zeyheri' is a light-green form of Adromischus cristatus which is distinguishable by its lack of aerial roots, and with glandular hairs on the leaves, inflorescences and flowers.
Similar species: Adromischus cristatus var. mzimvubuensis looks quite similar at first glance but this plant has felted leaves covered with fine glandular hairs whereas Adromischus cristatus var. zeyheri has completely smooth (glabrous) leaves.
Stems: Up to 8 cm long, knobbly, not very branched and without aerial roots.
Roots: Fibrous root.
Leaves: Larger in comparison to the type species light green not mottled, waxy, flattened, oblong about 4-7 cm long and 2,2-5,5 cm wide, widely triangular, waved/crimped at the margins.
Flowers: Very small, sessile, white-cream on a 25-60 cm tall inflorescence.
Blooming season: Mid summer.
Fruit: Fruit a dry many seeded follicle. 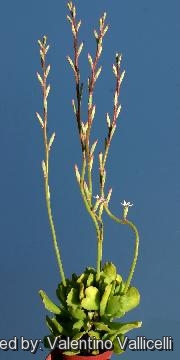 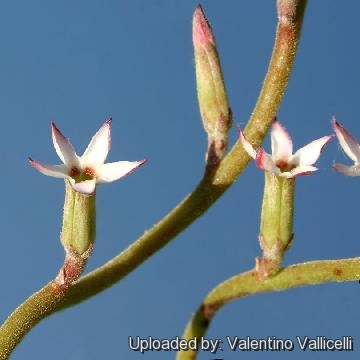 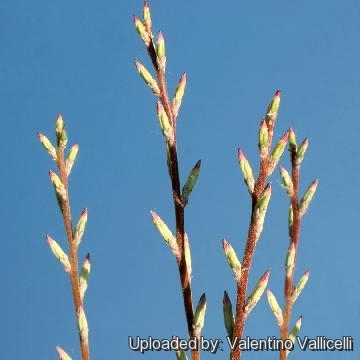 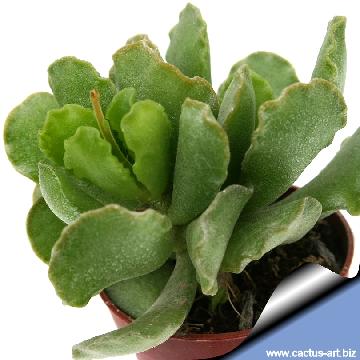 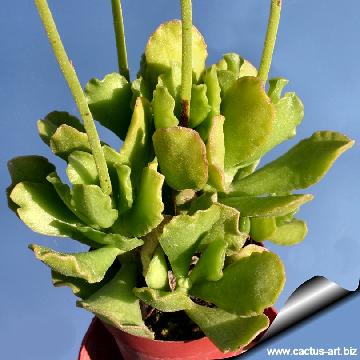 Cultivation and Propagation: Adromischus cristatus var. zeyheri is a fairly easy succulent to grow and one of the easier Adromischus speciest.
Growth rate: Adromischus cristatus var. zeyheri is a popular, fast growing species.
Soil: It prefer well-drained soil.
Repotting: Repot every other years. All species of this genus are happy in small pots.
Exposure: It grows best in a partially shaded position. It got sunburned if exposed to midday sun.
Hardiness: Require a minimum temperature 5°C (But hardy down to -7°C for short periods), with good drainage and dryness in winter to resist the cold.
Watering: It takes more water than cacti, but let the soil dry between soaking, in the wild, it receives rain mostly in spring and fall. Must have very dry atmosphere. Water less in winter but do not allow it to shrivel.
Pest & disease: It is vulnerable to mealybugs and rarely scale. It is prone to rotting from the tuberous base or from dried inflorescences.
Maintenance: As the plant matures, the centre becomes bare. When it does, restart it from side cuttings and throw away the central part.
Propagation: Usually propagate from single leaves (leaf cuttings) or stem cuttings seed propagation is rarely used. Leaves easily root and produce new plants. Twist off a leaf and permit it to dry out a couple of days, lay it on the soil and insert the stem end partially into the soil. The original leaf should not be removed until it has dried up. Try to keep the leaf somewhat upright so that the roots are able to grow downward. If grown in a container, bottom watering by immersing the container is recommended.