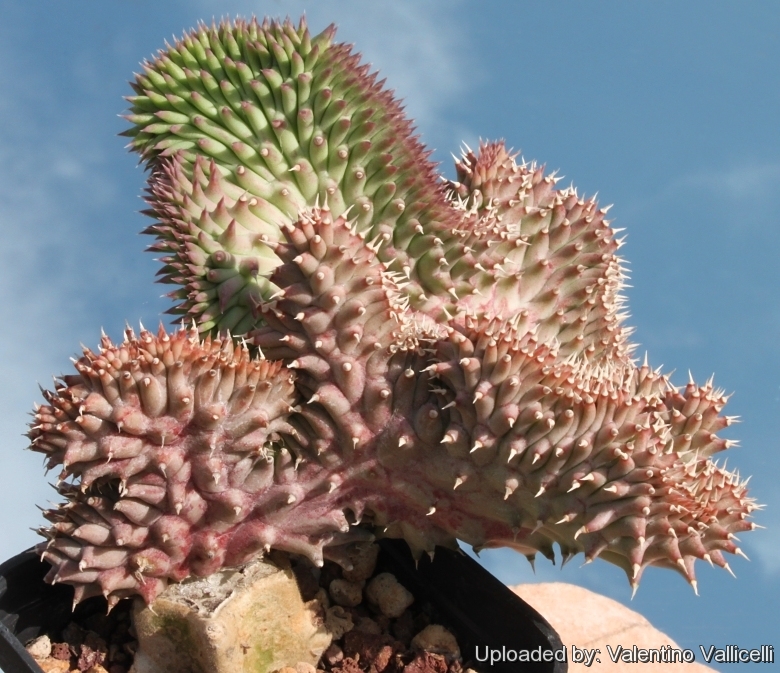 Subspecies, varieties, forms and cultivars of plants belonging to the Hoodiapelia beukmanii group 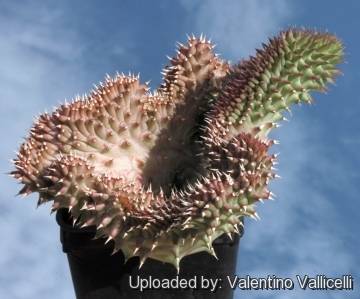 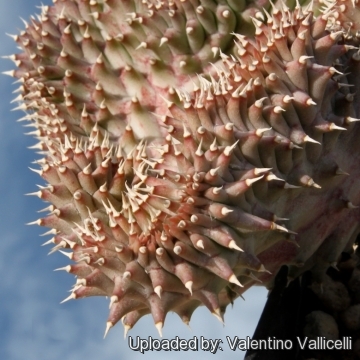 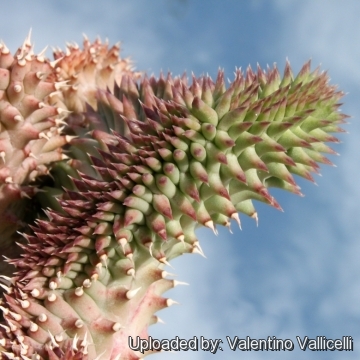 Cultivation and Propagation: It is one of easiest species to grow but prone to root rot due to overwatering and lack of fresh air.
Potting medium: Since roots are quite shallow, use a gritty, very free-draining compost. Extra perlite or pumice is suitable, and clay pots help the plants to dry out between watering.
Moisture: Water normally in the growing season, sparsely in the winter.
Spring: In the spring leaving them out in the rain may provide them with the water they need.
Summer: In the summer months they will grow well in full sun or partial shade and tolerate heavy rain, but will be just as happy if the season is dry.
Winter: It is usually recommended to over-winter them in warm conditions (at 10° C), but despite their African origins they seem to grow well and flower without the extra heat which one might have thought necessary, and occasional temperatures near 0°C (or less) are tolerated, if kept dry.
Note: Indoors only in brightest position.
Crested growth: Unlike 'monstrose' varieties of plants, where the variation from normal growth is due to genetic mutation, crested growth can occur on normal plants. Sometimes it's due to variances in light intensity, or damage, but generally the causes are unknown. A crested plant may have some areas growing normally, and a cresting plant that looks like a brain, may revert to normal growth for no apparent reason. Any normal shoots should be removed to promote the growth of the crest.
Propagation: Propagation is done mainly from cuttings, but with uncertain results as the severed ends very rarely form a callus from where roots will eventually form. It is often grafted on Stapelia gigantea.