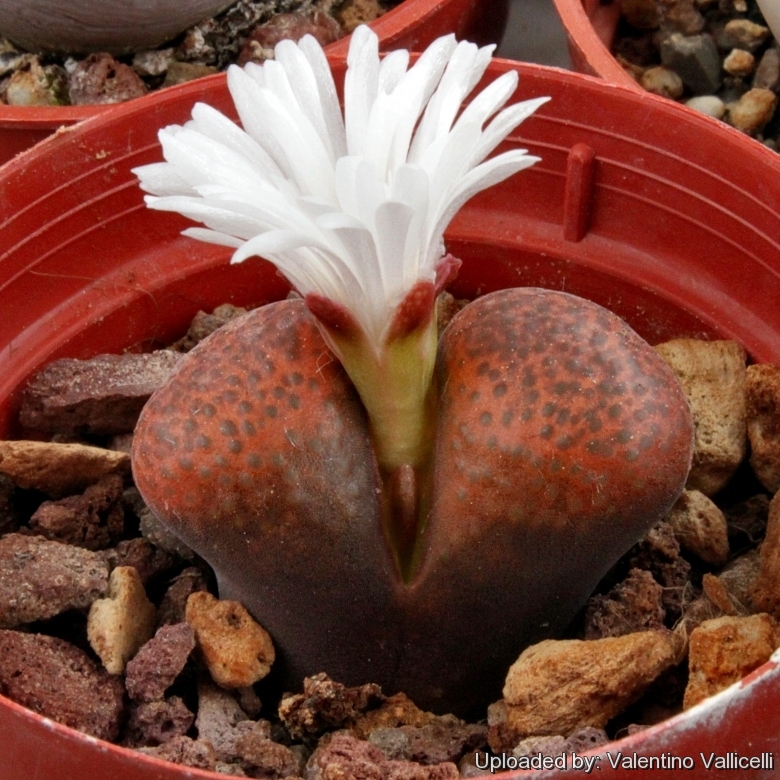 Origin and Habitat: Namaqualand, Western Cape, RSA
Type locality: Nieuwerust, South West of Pofadder
Habitat: It grows at ground-level or subterranean in quartz fields. It is one of the most interesting of the famous mimicry and windowed plants. It imitates the stones among which it grows in shape and colouration.

Description: Conophytum verrucosum (Ophthalmophyllum) is a tiny stemless perennial leaf-succulent single or forming small clusters. This plant with a "warted" apex belongs to the Ophthalmophyllum section which comprises many similar and difficult to recognise species. However the brown warty leaves and white flowers of this taxon make identification relatively simple. This species must be one of the finest of the genus and also one of the most interesting of the many small Mesembs.
Bodies (Paired leaves): Unequally-sized, rather soft, rounded (convex) or somewhat truncate in profile with elliptic faces, up to about 2 cm tall, variable colour, reddish-brown to olive green, the fissure between the leaves extending completely across body. Upper face windowed. Sheath pale brown, rough, persistent.
Blooms: White or light pink. 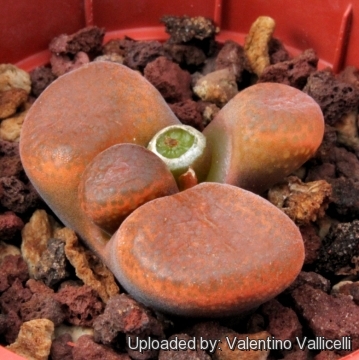 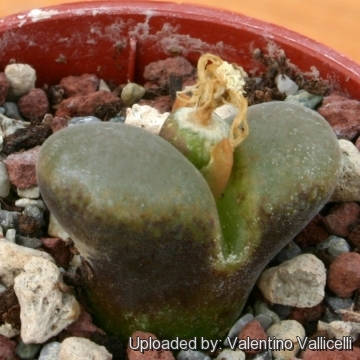 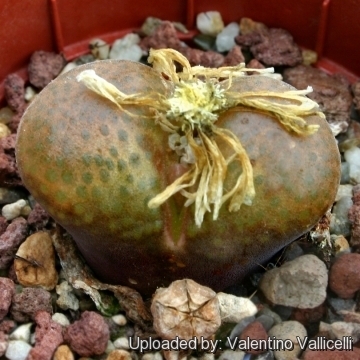 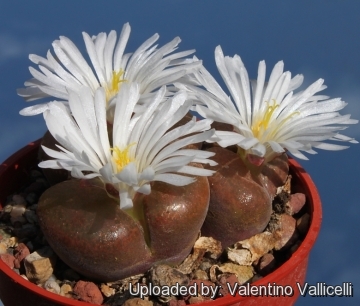 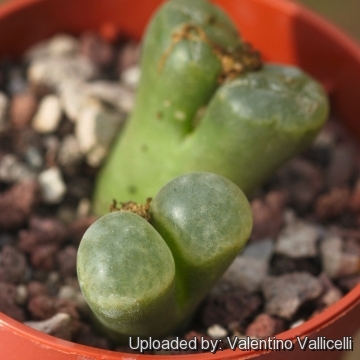