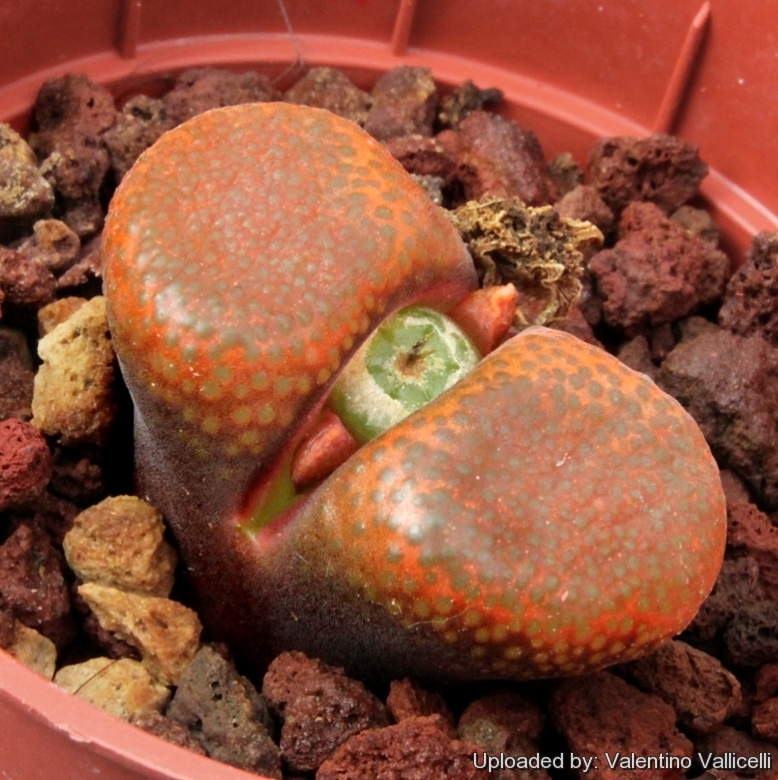 Origin and Habitat: Sidi Barani farm on the East of the Gamoep/Stofvlei area, Namaqualand, Western Cape, RSA
Habitat: It grows at ground-level or subterranean in quartz fields. It imitates the stones among which it grows in shape and colouration.

Description: Conophytum sp. nov. aff. verrucosum CM142 Sidi Barani is a very interesting taxon similar-looking to Conophytum verrucosum, but probably it should be regarded as a rough-topped Conophytum friedrichiae. This species must be one of the finest of the genus and also one of the most interesting of the many small Mesembs.
Habit: It is a stemless perennial leaf-succulent, both single or forming small clusters.
Bodies (Paired leaves): Rather soft, rounded (convex) or somewhat truncate in profile with elliptic faces, up to about 2 cm tall, reddish-brown, the fissure between the leaves extending completely across body. Upper face with may translucent raised dots.
Blooms: White or light pink. 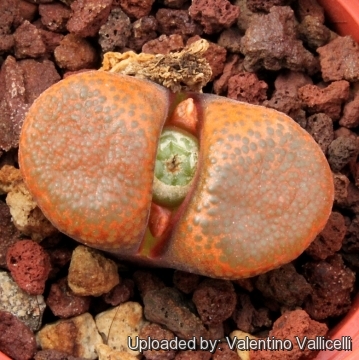 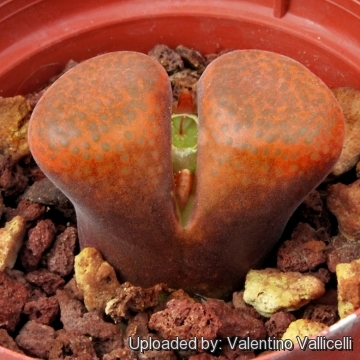