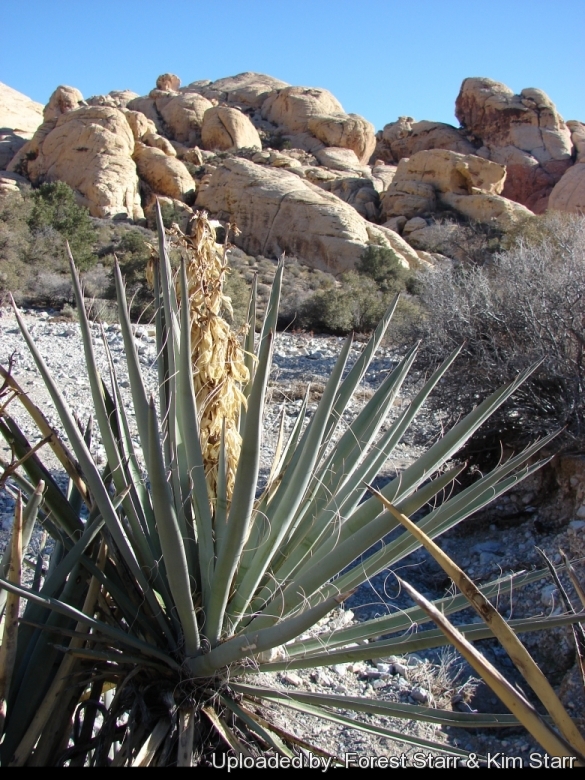 Origin and Habitat: Yucca baccata is a common species of yucca native to the deserts of the southwestern United States (Arizona, Californis, Colorado Nevada, New Mexico, Texas, Utah) and northwestern Mexico (Sonora and Chihuahua). It is also reported in the wild in Colombia.
Altitude range: 400–2500 metres above sea level.
Habita and Ecology: It can be found in several habitat types, including dry Joshua-tree woodland, Pinyon-Juniper, Sagebrush, and ponderosa pine colonies. It is associated with Yucca schidigera, Yucca brevifolia, Yucca arizonica, Yucca faxoniana, Agave utahensis, and other Agave species. It can be found among Sclerocactus, Pediocactus, Navajoa, and Toumeya species. Although flowers usually appear every year, fruit may not always develop. Yucca is pollinated exclusively by a small white yucca moth that stays in the flower during the day and at night carries the pollen from flower to flower. When it does develop, the banana-shaped, fleshy fruit of the Yucca baccata matures. Y. baccata specimens from the higher, mountainous regions of the Rocky Mountains is winter hardy and tolerates extreme conditions.

Description: Yucca baccata, also called "Banana yucca", is recognized by having (usually) no leafy stem, the crowns sitting level with the ground varies from 30 to 90 cm tall and wide. The flower stems are usually short nested inside or just above the stiff leaves, while the fruits are quite long and banana shaped, turning reddish when ripe. In the spring of the year, a green stalk that looks a little like an asparagus emerges from the crown of the plant. Later, the young flowers start to develop, opening at the top of the stalk first. At full development, the flower stalk lengthens to support the large creamy white flowers. The yucca in blossom is very handsome and is during this stage that the plant is most attractive to photographers and painters and is often sought for book covers and calendars depicting the great Southwest. Yucca baccata occurs in a large area of the North American deserts and exhibits much variation across its range. Two varieties are recognized, the nominate form and var. brevifolia.
Derivation of specific name: The species gets its common name "banana yucca" from its banana-shaped fruit. The specific epithet "baccata" means "with berries." Banana yucca is closely related to the Mojave yucca (Yucca schidigera), with which it is interspersed where their ranges overlap; hybrids between them occur.
Stems; Short or non existent. Stems, if present, 1 to 6(-24), aerial or subterranean, usually shorter than 0.3 m (rarely up to 2.5 m long and decumbent), simple or sometimes branched.
Rosettes: ± open, solitary or in small clumps.
Leaves: Evergreen; swordlike, spine tipped, (30-)50–75(-100) cm long, 2–6 cm wide dark green to bluish green, concavo-convex, rigid, scabrous or glaucous, expanded base ± 10 cm wide reddish; Leaf margins brown coarse, curling (var. baccata) or fibrous-shredding (var. brevifolia).
Blooming season; It flowers in the spring, starting in April to July depending on locality and altitude.
**Inflorescence: Erect, paniculate, dense, ovoid, not especially tall, typically 60-80(-150) cm arising completely within or extending 1/4 beyond rosettes, glabrous, rarely slightly pubescent and purple-tinged. Peduncle scapelike (20-)60-80 cm long.
Flowers: Pendent. Perianth 5 to 13 cm long, nearly as wide, bell-shaped, tepals lanceolate (outer narrower), connate basally to form shallow floral cup 7–12 mm, usually cream-colored, occasionally tinged with purple inside, 4.5–13 cm, reddish brown outside. Filaments connate proximally into collarlike structure, 3.2–12 mm, fleshy, pubescent; anthers 5–7 mm. Pistil 5–8 cm long. Ovary 0.7–1.2 cm. Style 5–7 mm; stigmas distinct.
Blooming season (in habitat): March-May (spring), June-August (summer).
Fruits: Leathery, baccate, indehiscent, fleshy, succulent, sweet when young, eventually pendent, (5-)8–18(-23) cm long and 4-6(-7.5) cm across, and cylindrical. Fruits appear from May to September, depending on the elevation.
Seeds:*** Rough, dull black, obovate, wingless, (3-)7-8(11) mm long and wide, 1-2(-3) mm thick; they ripen in 6–8 weeks.

Subspecies, varieties, forms and cultivars of plants belonging to the Yucca baccata group 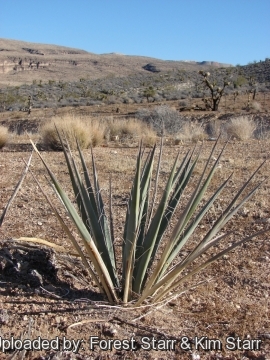 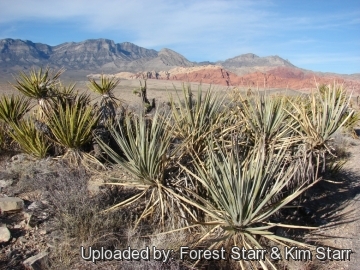 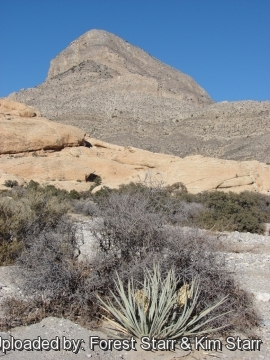 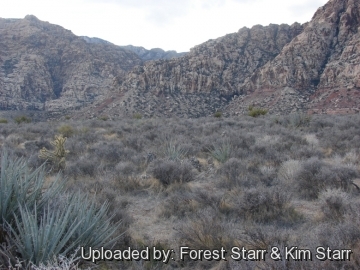 Cultivation and Propagation: Yucca baccata is a carefree trunkless and durable plant that become the centre of attention. when it blooms. It give the landscape a distinctive desert flavour. Its knee-high height suits it to midgarden placement and side-yard or corner plantings. The bladelike leaves add vertical structure to a cactus or xeriscape garden. This small yucca has become one of the most sought after of the woody lilies. This species is highly tolerant of drought, frost and heat. Like their larger counterparts, these yuccas have needle-tipped leaves, so don't plant them near play or walk areas.
Soil: Plant in very fast draining soil. It is adapted to a hot, dry environment, but has some tolerance to moisture and humidity when planted in a very well-draining soil. It is noted as preferring alkaline conditions.
Waterings: Provide little or no water in winter. Treat like a succulent. However, they grow faster if watered well (don't water the crown, though they rot easily). In the garden they should be placed in a sunny, well-drained area with additional summer water in dry climates.
Exposure: They thrive best in full sun, but can be grown with some shade and humidity, but may become leggy.
Hardiness. Best where winter temperatures stay above 0° C, but is hardy to around -10 to-18° C (depending on provenance). Plants in containers can be moved inside during longer cold spells.
Maintenance: Remove dead basal leaves and spent fruiting stalks for a clean landscape appearance.
Garden uses: These make great specimen plants for xeriscape gardens and blend well in either tropical or arid gardens. Small plants are relatively inexpensive, but larger ones are a fortune. These make excellent potted specimens, and their symmetrical form provides a striking focal point, ans display wonderful shadows when illuminated by night lighting. In cooler climates they thrive well in gravel garden, as they have proven quite hardy because of the excellent drainage.
Food uses: The banana-shaped, fleshy fruit of the Yucca baccata matures to about 8-18 cm long. This plant was important to the early people of the Southwest because of its abundance as a food source. The fruits were the most relished part of that plant. The fruits were eaten raw, baked, boiled, and ground into meal. The Paiutes dried the fruits for use during the winter. The tender central leaves were also cooked in soups, boiled with meat, and used in a variety of culinary combinations.
Propagation: Propagation: fresh seeds or cuttings (If available).