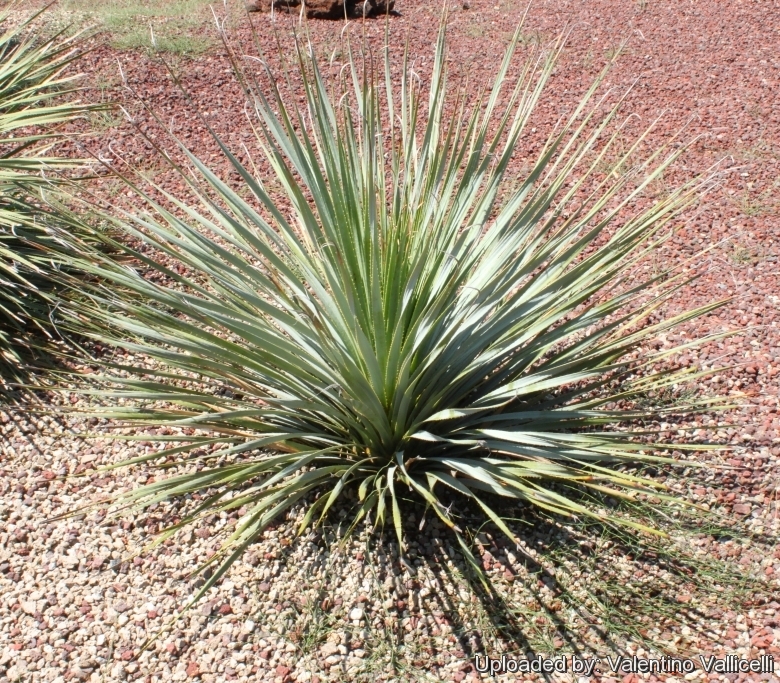 Description: The desert spoon (Dasylirion wheeleri) is a moderate to slow-growing mounding evergreen shrub. The grass-like succulent leaves radiate from the centre of the plant's apex in all directions.
Stems/Trunks/Caudex: Single, succulents, short-caulescens, unbranched up to 40 cm thick growing to 1,5 m tall (but usually so short it hardly exists ), though often recumbent on the ground. It is usually mounded only; can be pruned to a trunk-like look.
Roots:Thick and fusiform, or spindle shaped (Bogler in press). Young plants usually have two to three large fusiform roots the size and shape of carrots.
Rosette: Large, ball-shaped , with hundreds of long leaves, 120-150 cm in diameter.
Leaves: leaf blade thin, flat, pliable, elongated, 35-100 cm long, 15-20 mm wide, silver-green, bluish green or occasionally green, with a toothed, saw-like margin and split at the tips with frilly fibrelike appendages, teeth yellowish, sharp; petiole base shaped like spoon, hence the common name “Desert Spoon”. Older leaves droop around the base, forming a shaggy mantle that collects water and provides support.
Inflorescence: The flowering stem grows above the foliage, to a height of 5 m tall, and 3-6 cm diameter. The stem is topped by a long plume with thousands of tiny flowers. Female plant inflorescence structure is more rounded, on male plant it is more narrow; the stalk is persistent if not removed.
Flowers: Plants are dioecious, the flowers are insignificant, whitish green to straw-coloured small about 2,5 cm long with six tepals. The colour of the flower determinate the gender of the plant, being more white colored for males and tinged purple-pink for females plants.
Blooming season: may to August.
Fruit: Small brownish, oval, dry-capsule, 5-8 mm long, containing a single seed.
Remark: The similar, but smaller, Dasylirion leiophyllum has teeth that curve toward the leaf base. 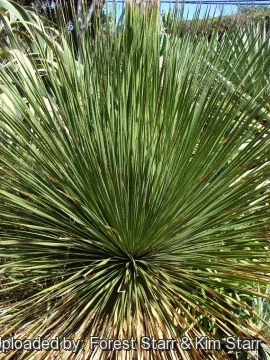 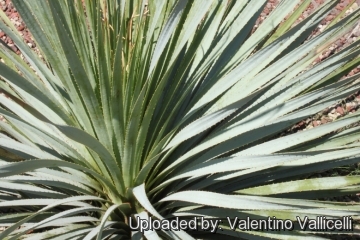 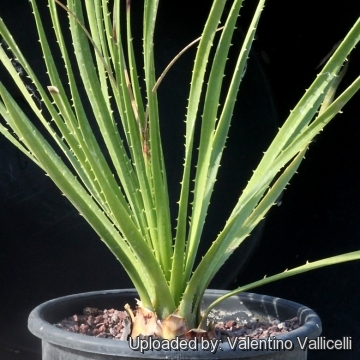 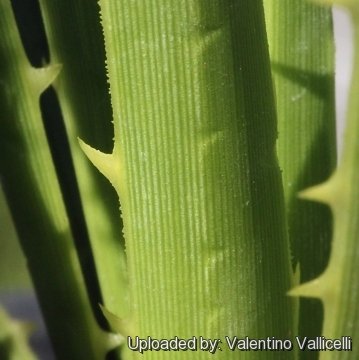 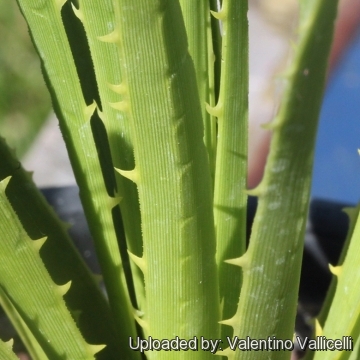 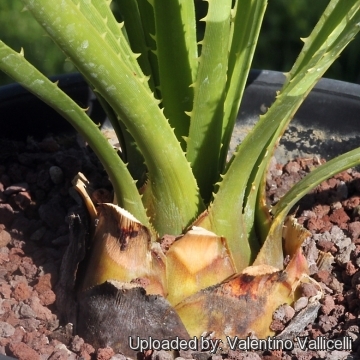 Cultivation and Propagation: They are slow growing, not widely grown, carefree and durable drought tolerant plant. They are said to be quite hardy to both drought and severe freezes down to – 12° C and although they prefer hot, dry climates, with excellent drainage and a place in full sun they do admirably well even in cool, rainy conditions, so worth trying if you have a sunny sheltered corner. As soon as the soil drains well, they should be OK. Once planted in the ground they never need additional water, though the odd deep watering during summer would encourage more rapid growth (don't water the crown, though they rot easily). These make great specimen plants for xeriscape gardens and blend well in either tropical or arid gardens. Small plants are relatively inexpensive, but larger ones are a fortune. These make excellent potted specimens, and their symmetrical form provides a striking focal point. They thrive best in full sun, but can be grown with some shade and humidity. Plant in very fast draining soil and provide little or no water in winter. Treat like a succulent. Plants in containers can be moved inside during longer cold spells.
Cultural practises: Remove old boom stalk. No need other maintenance.
Propagation: Easy to propagate from seeds.
Uses:
Gardening: Accent plant.
Traditional uses: The tough leaves are woven into mats and baskets and used for thatching and also in making bed matting, cradle mats, back mats (for the carrying frame), headbands and paper. The broad, spoon-like base is often used in dried floral arrangements.
Drink: It may be treated in the same manner as Agaves to produce food and liquor (sotol): pit baked, removed, peeled, crushed, mixed with water, fermented, and used as a beverage
Food: It was used by the Indians for food, the Tohono O'odharn, Apache and Tarahumara sometimes used it for food, primarily by baking the emerging ﬂowering stalls in a manner similar to that of baking agave heads. The San Carlos Apaches ate the ﬂowers. whereas Northern and Southern Tontos ate the seeds. The Tepehuans used the roots in times of food shortage. They pit-baked the roots for several days, then ate the non ﬁbrous portion of the roots.