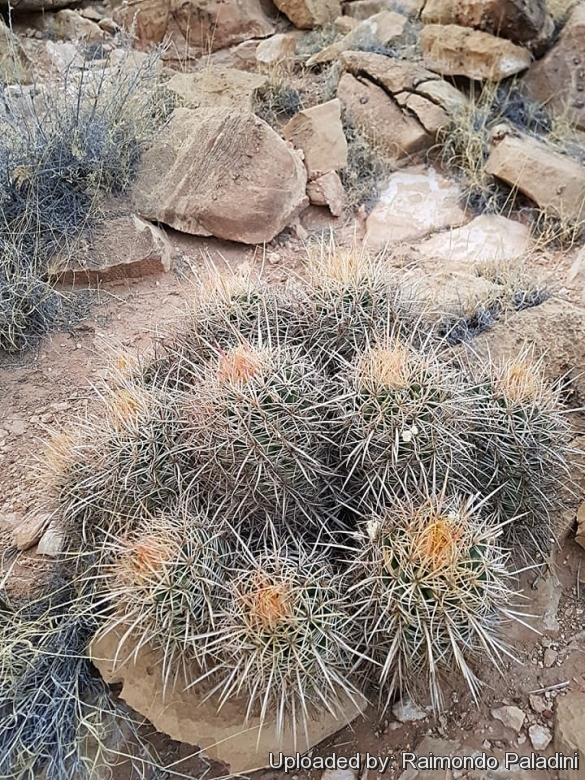 Origin and Habitat: Arizona and southern Utah.
Altitude: (500-)1000-1500(-1700) m
Habitat: It grows in rocky hills, slopes, ledges and gravelly flats of canyons both on igneous and calcareous substrates and occasionally grow in clay soil of valley bottoms, in the Navajoan Desert, Great Basin and Mojave desert scrub and pinyon-juniper woodland.
Ecology: The flowers are diurnal, prevalently bee pollinated. Birds and packrats disperse the seeds. Seedling establishment is very limited by the arid climates. Although some individuals can exceptionally live for 100 years, they are usually much less long lived.

Description: Echinocactus polycephalus subs. xeranthemoides is similar to Echinocactus polycephalus, but globose and smaller. It is caespitose and sprouts freely around the base forming unsymmetrical clumps with rarely more than twelve individual heads and is sometimes solitary. Ribs fewer and more spiny.
Stems: Globose, 2,5 to 18 cm high, light green, grey-green or yellow-green.
Ribs: 13, interrupted or somewhat tubercled, sharp on the margin.
Areoles: Circular, about 1 cm in diameter, often less than 2 cm apart.
Spines: About 12 (10 to 15), glabrate, when young whitish pink, red or straw coloured, but in age a dirty grey, slender and rather stiff, more or less annulate.
Radial spines: 3 to 4 cm long, more or less curved backwards.
Central spines: 4, one of them longer than the others, somewhat curved, rather stiff 3 to 6 cm long.
Flowers: Produced at the stems apex, bright yellow, 5 cm long; scales on the ovary and flower-tube linear, pink, papery, stiff, but not pungent, the longer ones 2 to 3 cm long, persistent; perianth-segments narrowly oblong, more or less serrate, apiculate or cuspidate; stamens included; style yellow, included.
Blooming season: Summer (In its native habitat habitat bloom in from June to August) and seeds mature about a month later.
Fruits: Shortly oblong, 3 cm long, densely and permanently white-woolly. Fruit scales tan, yellow, or reddish, ageing yellow, 16-30 mm, usually longer than dried tepals at fruit apex. The fruit dries slowly and may persist on the plant for several months and dehisce by a basal pore through which the small seeds pass easily.
Seeds: Rounded (rarely faceted) brownish black, smooth, shining, delicately tessellate/reticulate, 2,4-3,1 mm long.
Chromosome number: 2n = 22. 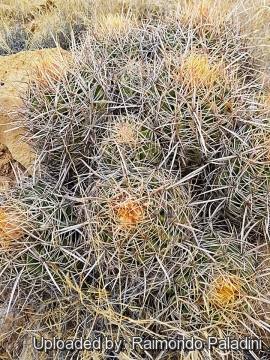 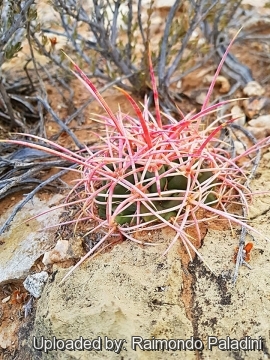 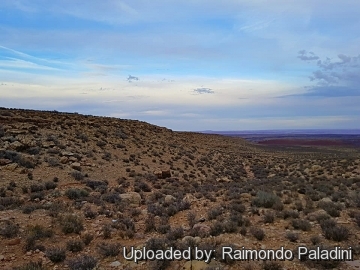 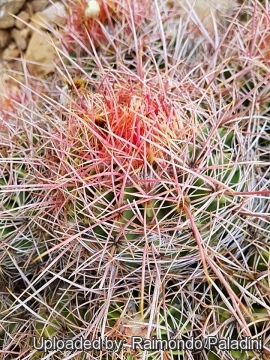 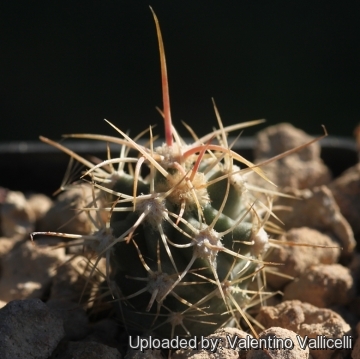 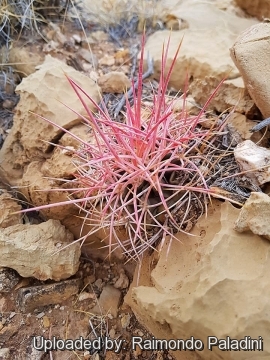 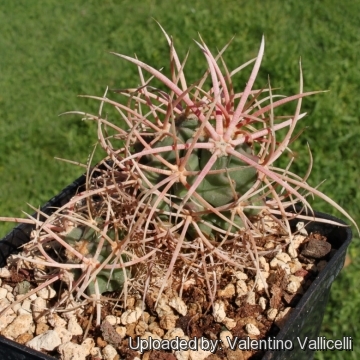 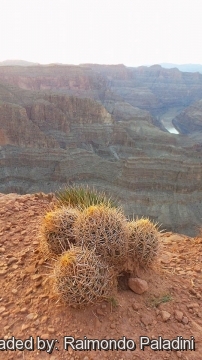