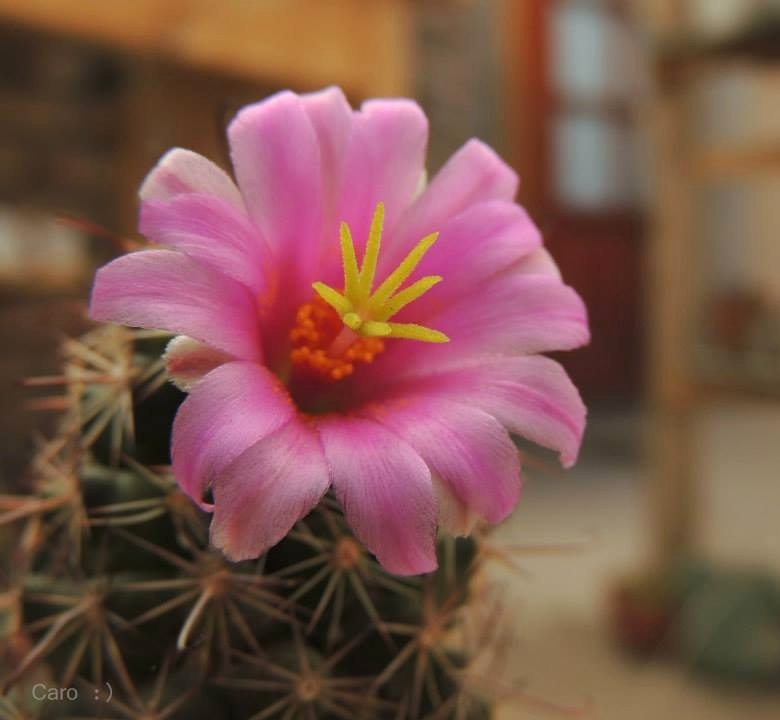 Description: Mammillaria mazatlanensis var. monocentra Craig, is one of the innumerable forms of Mammillaria mazatlanensis which is a widespread and morphologically variable taxon. It is a small globular or cylyndrical cactus forming clumps with many heads. It distinguishes from the type species in having only a single central spine about 7 mm. long. The flowers of this species are bright pink 3 cm or so, so freely produced that a clump in flower is like a prickly bouquet. The varietal name “monocentra” is not accepted by many botanists that treat it as synonym, but it still has a value for a collector because they identify plants with particular characters.
Stem: Oblong to slender-cylindrical often branching from the base.
Tubercles: Short, conical with watery sap. Axils glabrous.
Central spine: One, straight or slightly bent to form an incomplete hook, brownish-red.
Radial spines: 15-16, white.